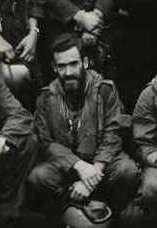 LEUT(P) Stanley Ray Carmichael RAN & ASLT(O) Mike Williams RAN lost their lives when their Sea Venom aircraft of 724 Squadron flew into the sea whilst on a photographic exercise off Ulladulla, NSW. The crash was witnessed by a passing Merchant ship.  See Michael William’s page here for additional details.

LEUT Carmichael was one of the RAN’s very early trained pilots, and was highly experienced having flown Sea Furies from HMAS Sydney during the Korean war.

Twenty nine years later on 18/05/88 the remains of their aircraft was bought to the surface by a CSIRO vessel.  The widows of both Stan Carmichael and Mike Williams were located to advise of this event:  Stan’s wife, who had been a Qantas hostess before her marriage to him, was reported to be working on a Russian cruise ship; and Mike’s wife had apparently remarried a RAAF officer and was living in Townsville.

The records below were kindly forwarded by Charles Page. 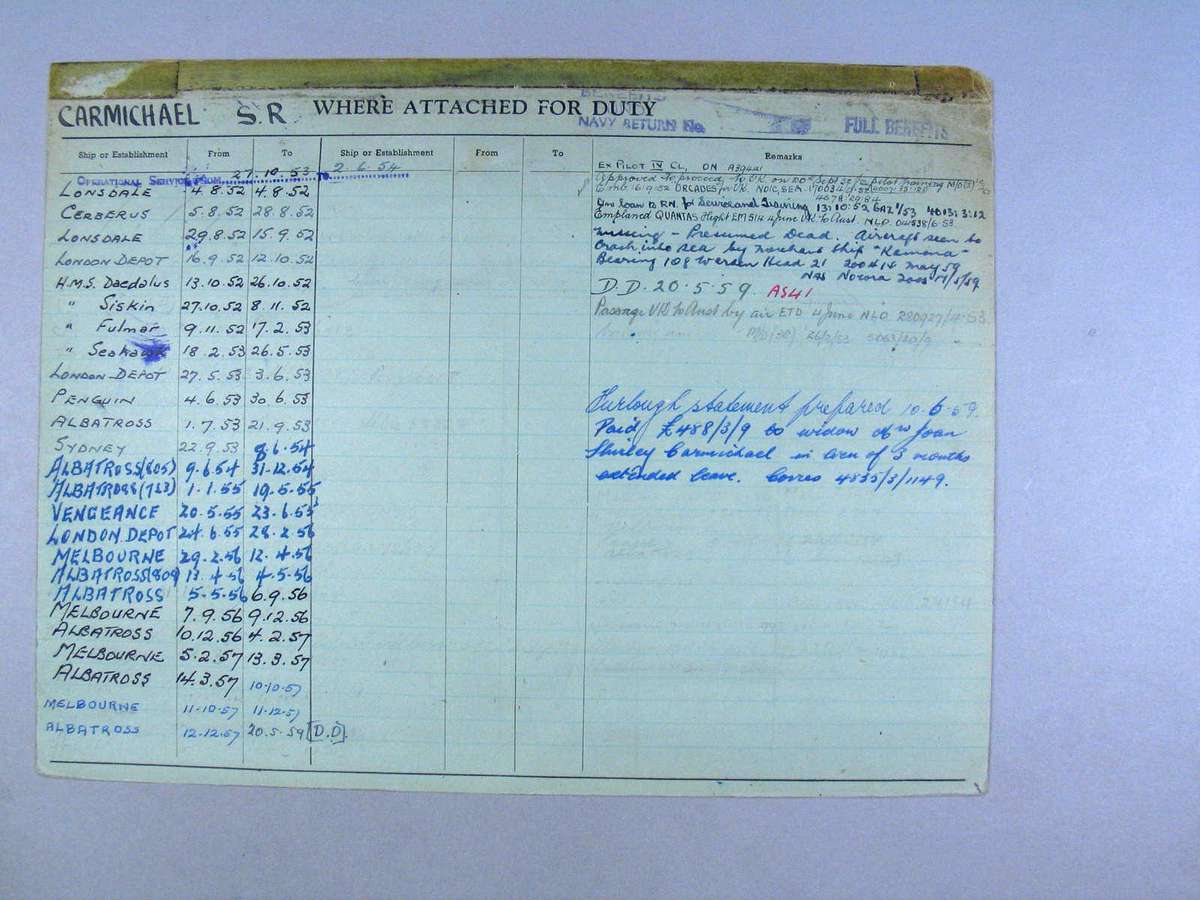 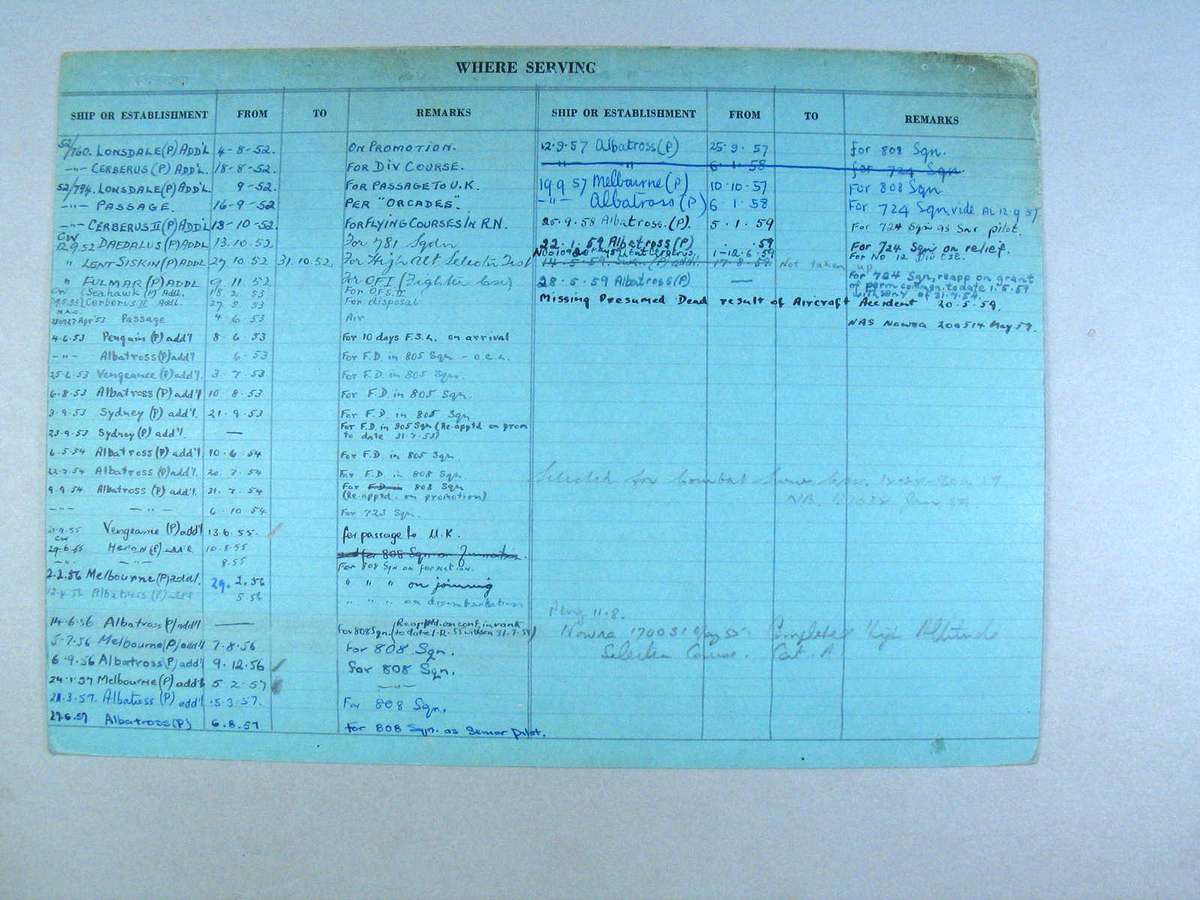 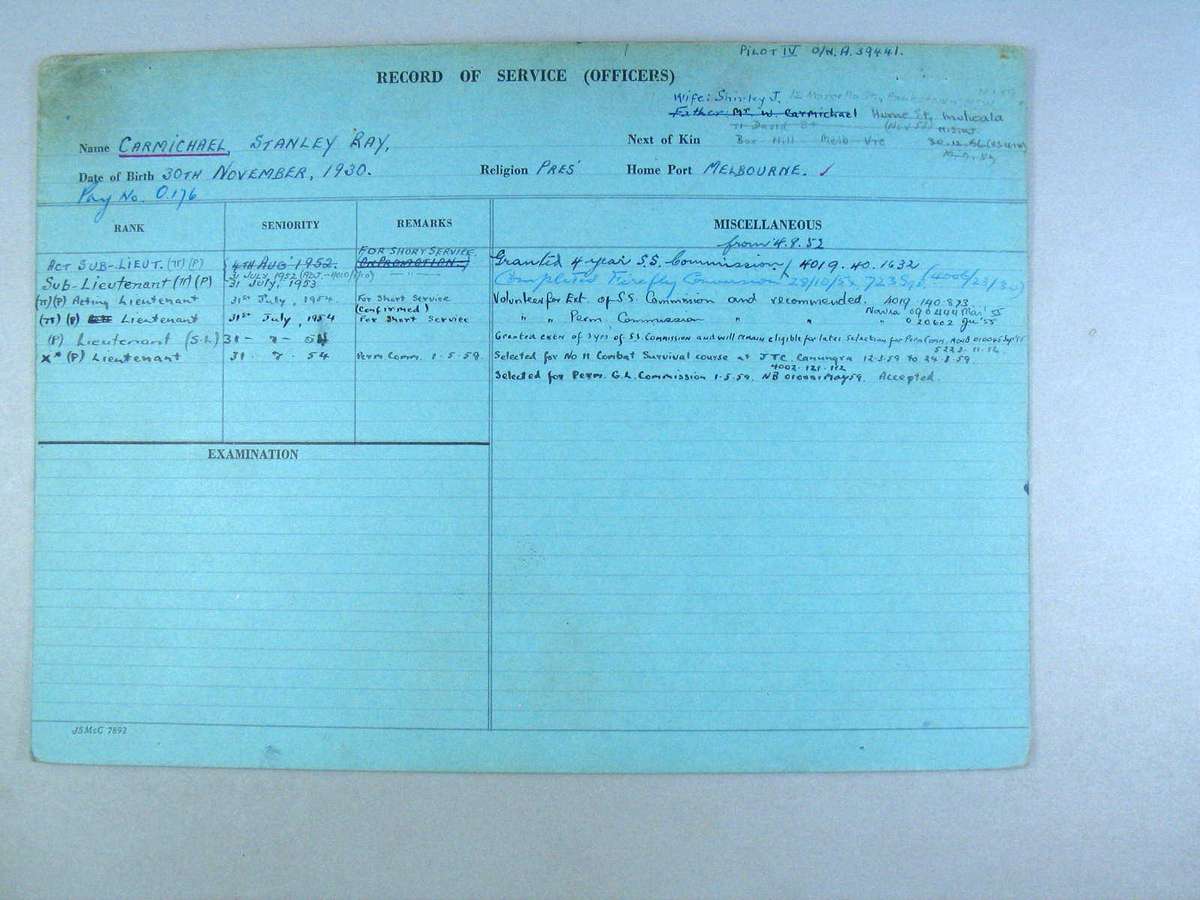 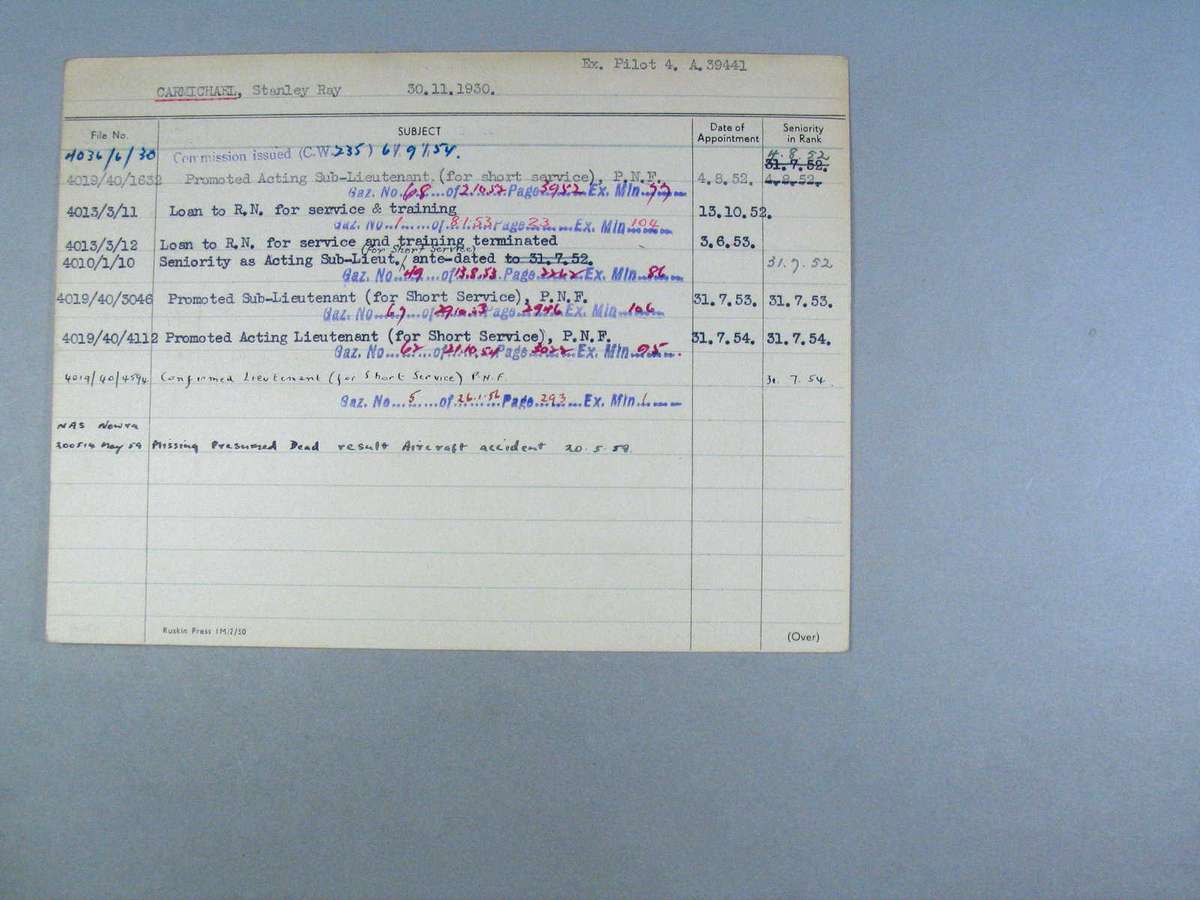 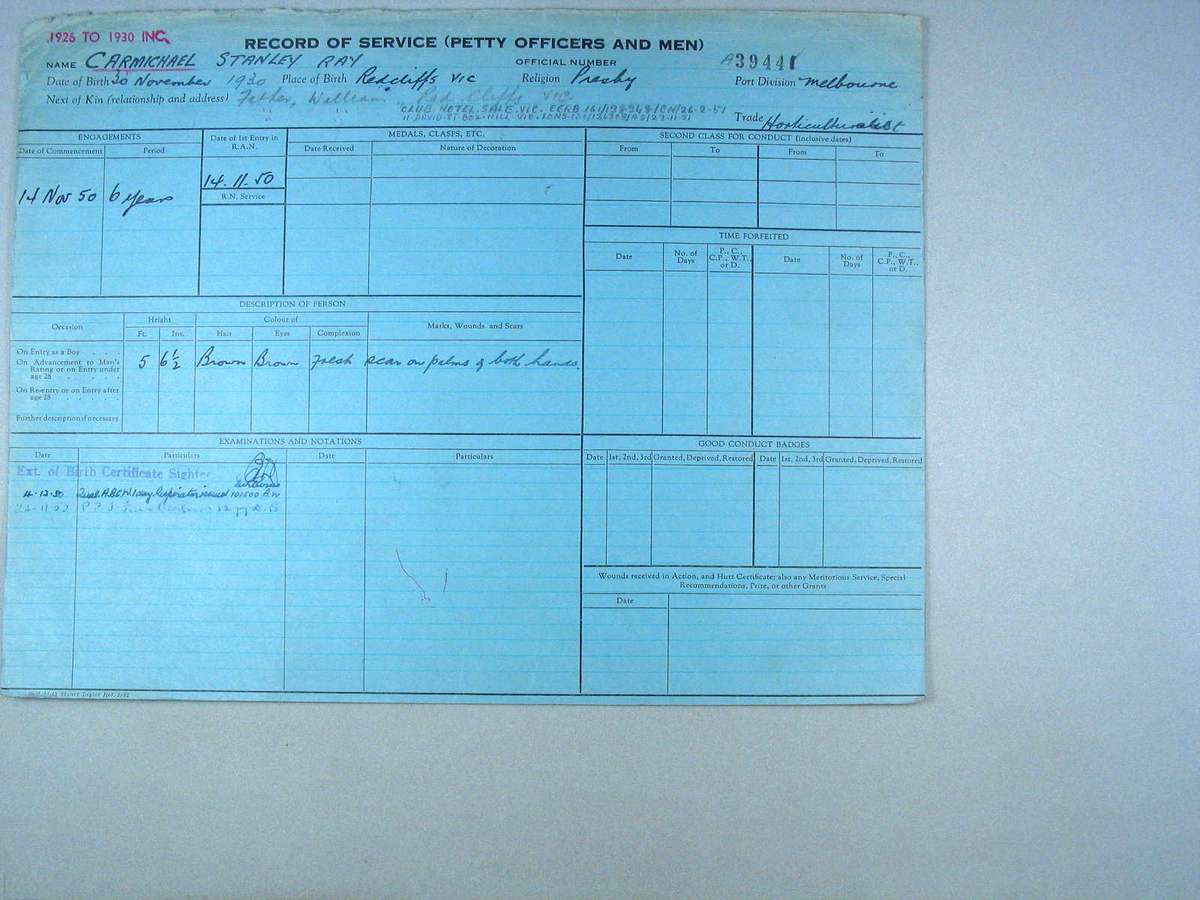 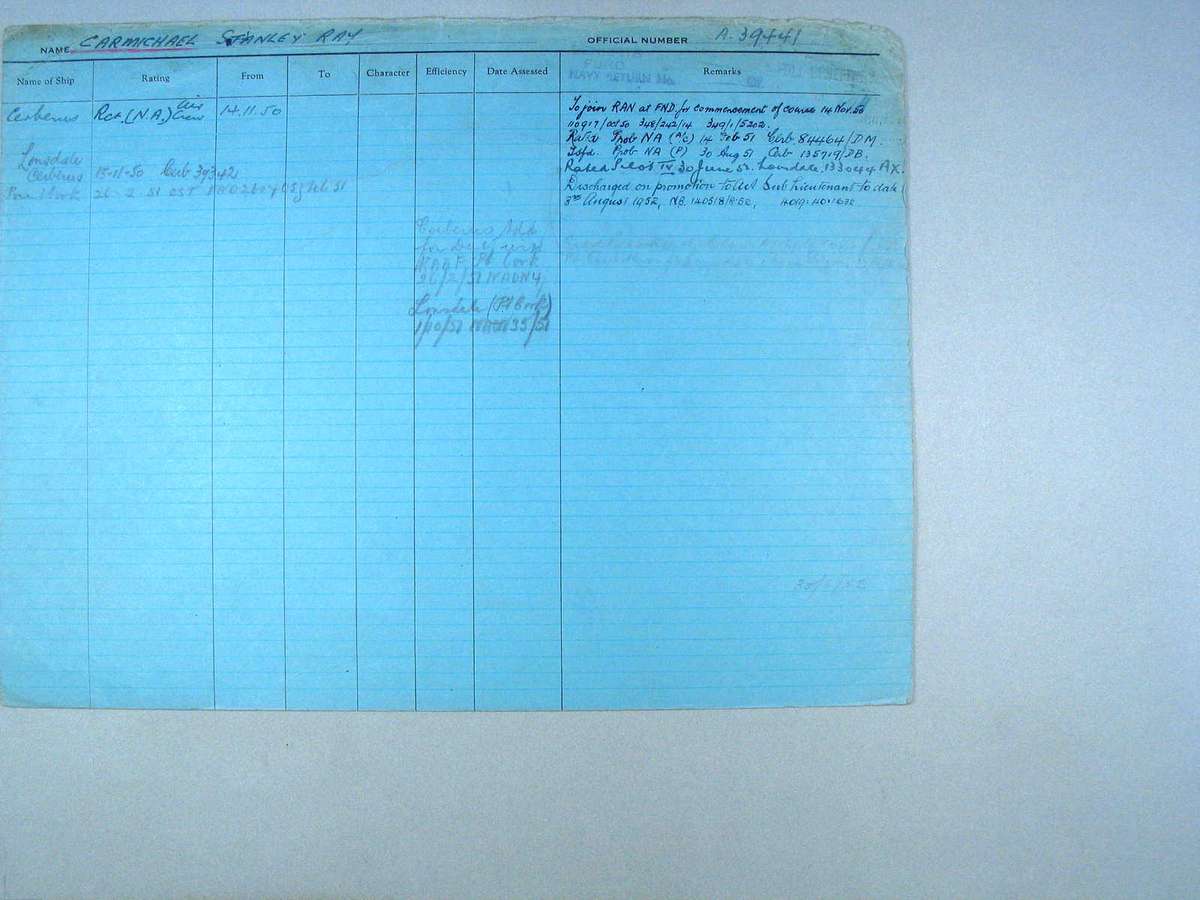