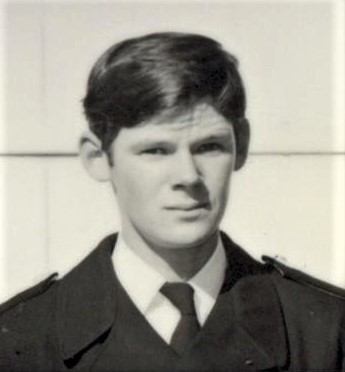 Malcolm Keith McCoy was born on 23 October 1955. Having completed his schooling, and passed requisite medical and aptitude tests, McCoy enlisted in the Royal Australian Navy on 19 February 1973, as a Recruit Midshipman (Aircrew). His first posting was to HMAS Cerberus, south of Melbourne, for Basic Naval Training and to be assessed for aircrew training.

His next move on 02 April 1973 was to the RAAF Academy at Point Cook, near Melbourne, where he joined the No. 1 Flying Training School (1FTS) as a Midshipman (Aircrew). The course included airmanship subjects, ground training, then flying began with an instructor in a CAC Winjeel trainer. Showing promise as a pilot McCoy soon began flying solo, building experience and the necessary hours to qualify as a Midshipman (P).

Having successfully completed the No. 1FTS course McCoy was drafted to RAAF Pearce, near Perth WA, in October 1973, where he was enrolled in No. 089 Advanced Flying Training Course on No.2 FTS. Flying began in dual-controlled MB-326H Macchi jet trainers, progressing to solo with instrument flying, night flying, formation flying and other exercises (covering some 152 hours flying time) plus study subjects. After completing the course on 05 July 1974, McCoy graduated with his ‘wings’ and was promoted Acting Sub-Lieutenant. His next posting was to HMAS Albatross, RANAS Nowra, the Fleet Air Arm base south of Sydney.

On 08 July 1974, McCoy began his naval aviation training at Nowra with VC 724 Squadron. Initially flying Macchi advanced trainers, then converting to the more powerful A4G Skyhawk fighter/bomber. The next step was to complete an Operational Flying School (OFS) course, which prepared pilots for front line service. On 07 July 1975, having accumulated some 397 hours flying time, including 132 hours on A4G Skyhawks, McCoy transferred to VF 805, the front line A4G Skyhawk squadron.

On 17 July 1975, McCoy was flying A4G Skyhawk N13-155055 (872) with two other VF 805 Squadron Skyhawks on a practise bombing run at Beecroft Weapons Range near Jervis Bay. At about 1030 hrs his aircraft struck the underside of the aircraft above him and crashed into the ground, killing him. The other aircraft was also badly damaged but made an emergency landing at NAS Nowra. A Board of Inquiry was subsequently convened to investigate the crash.

On 22 July 1975 a memorial service for A/Sub Lt McCoy was held at Westminster School, Adelaide, where fellow 805 Squadron officers attended the service. On 15 September 1975, McCoy’s funeral service was conducted at St Nicholas chapel RANAS Nowra, with his ashes laid to rest at the Naval Memorial Cemetery in Nowra. McCoy’s parents and close family came from Adelaide for the occasion and to visit the air station.

The sudden death of A/Sub Lt McCoy RAN, aged 19, was a sad end to a promising career and a reminder of the sacrifice made by a young man in the service of his country.

Details of the accident: 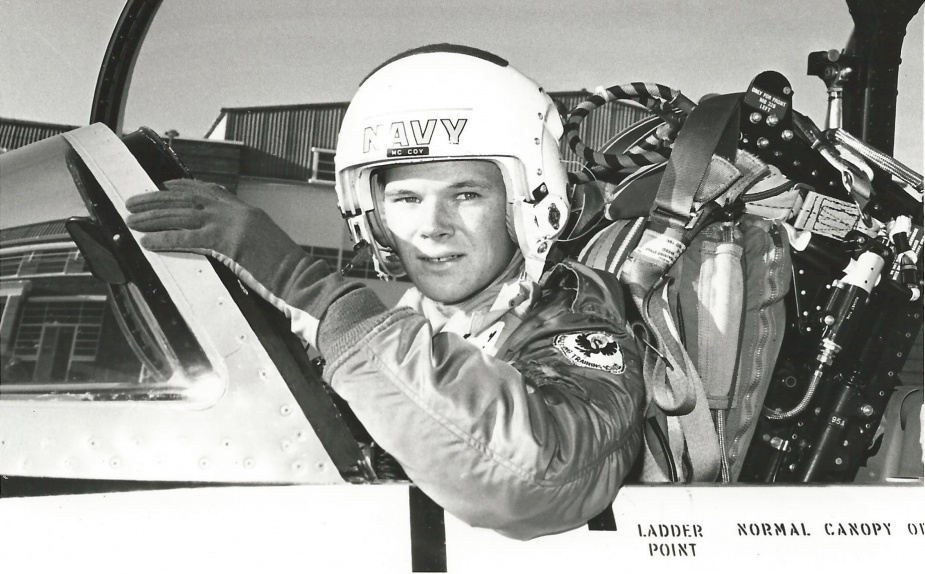