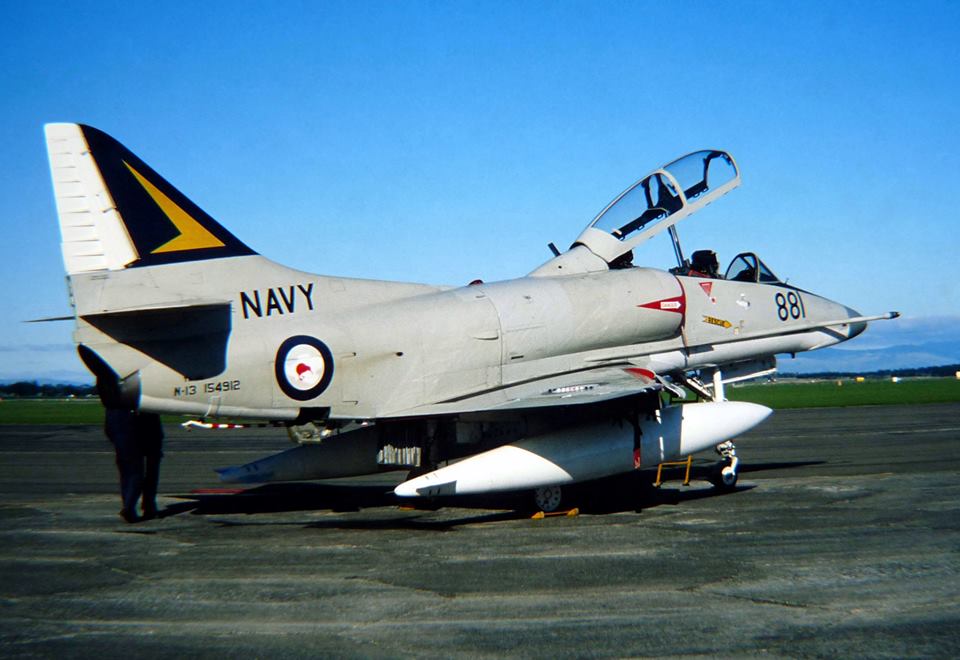 Squadron Leader Murray Neilson, RNZAF, was commander of the RNZAF Skyhawk Detachment from No 2 Squadron based at HMAS Albatross, the RAN Air Station at Nowra, about 120km south of Sydney. The detachment comprised six New Zealand A-4K Skyhawks that provided Fleet Support for the Royal Australian Navy.

Neilson, aged 37, who was from Wellington, New Zealand, joined the RNZAF in 1985. He was an experienced pilot, having flown with the elite RNZAF aerobatic team The Red Checkers, noted for their brilliant close formation displays.

First appointed to No 2 Squadron in Australia in mid-1998, Nielson was in charge of the A-4K Skyhawks that assisted the RAN warships during fleet anti-aircraft training exercises. The Skyhawks were ideally suited to this role – being relatively small, highly manoeuvrable, and fast.

Squadron Leader Neilson was killed at 2.35pm on 16 February 2001, when his Skyhawk NZ6211 hit the ground whilst practising an aerobatic sequence in preparation for an international air show at Avalon, near Melbourne, Victoria.

He was performing a ‘plugged barrel roll’ manoeuvre which involved a simulated air-to-air refuelling between two Skyhawks when his aircraft flew into thick bushland, about 1 km from Nowra control tower, exploding on impact. An RNZAF Court of Inquiry concluded that Neilson crashed attempting the manoeuvre while too close to the ground.

Squadron Leader Neilson is remembered as a strong supporter of the Nowra Hill Public School, which was attended by his two daughters, where he used spare time to assist with sports groups. His wife Sandra said he loved what he was doing, and she understood the risk.