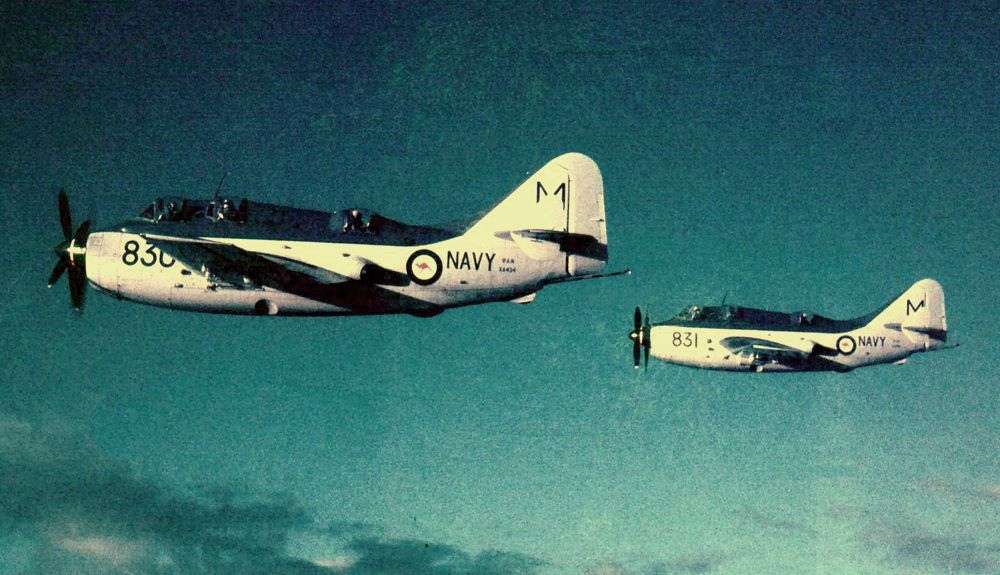 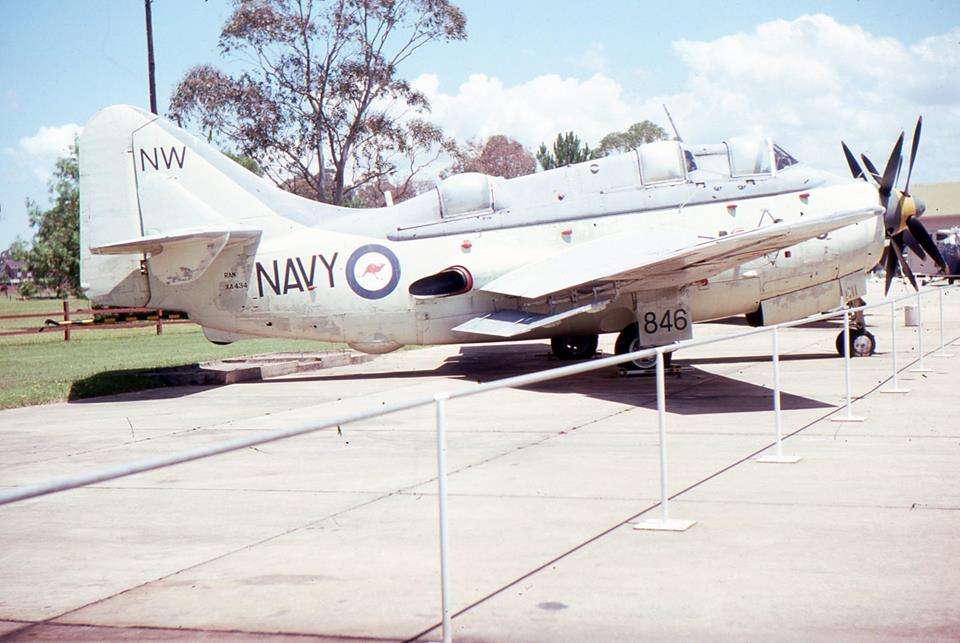 Left: After many years outdoors, XA434 looks faded and a little worse for wear.  (Image via Jeff Chartier)

Below.  1990 – stripped to bare metal, XA434 was stored in ‘D’ hangar awaiting a new paint job.  The AEO Don James had new banana links made to enable the wings to be folded. (Image via Jeff Chartier) 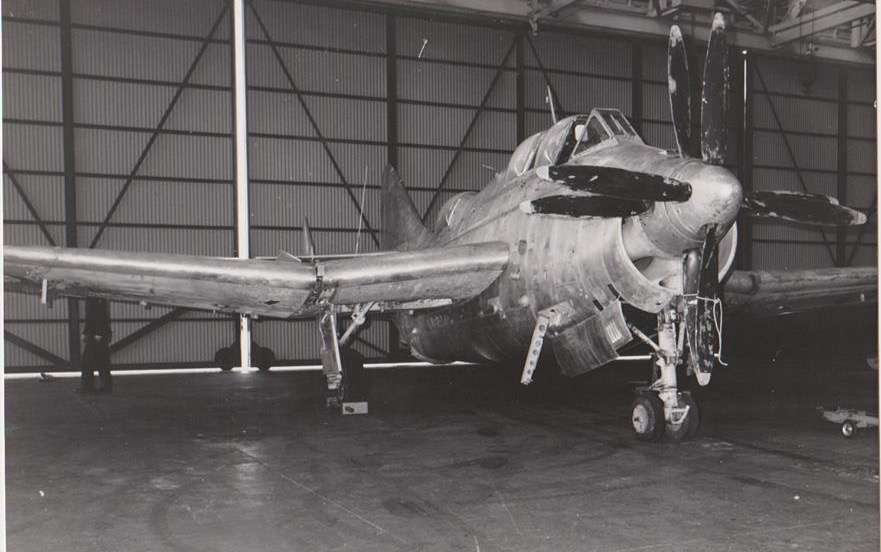 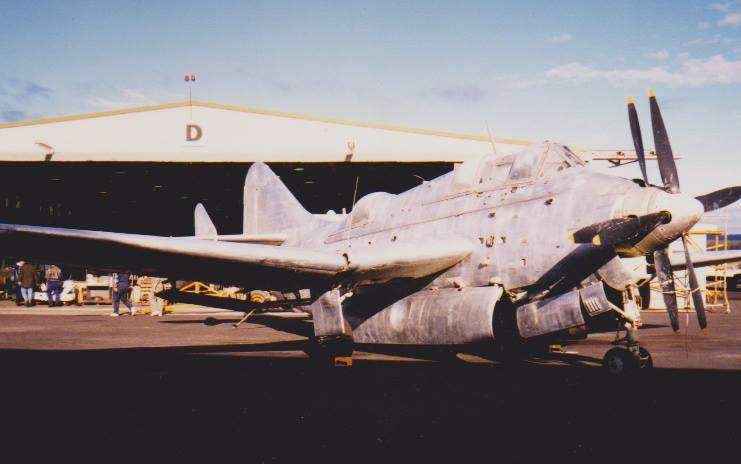 Above: [Excerpt from Slipstream April 1992] “Gannet XA434 (846) spent some twenty two years as either a guardian of the main gate to HMAS Albatross, or, as a public display on the old dummy deck. During this time the aircraft, being exposed to the elements, the paint work had virtually become baked to the aircraft skin, which in retrospect restricted any evidence of corrosion.
On the 28th May 1990 a dedicated group of volunteer workers took on the mammoth task of refurbishing the aircraft to a static display level for exhibition in the new Naval Aviation Museum, Nowra.
It was first thought that we may be able to get away with just feathering the edges. However, this proved very time consuming and the decision was then made to chemically strip the aircraft back to bare metal. This procedure took many hours of work out in the open behind ‘J’ hangar which at times was very cold and windy. The stripping completed, the aircraft was moved to ‘E’ hangar where the final cleaning of the external surfaces and the detailing of the cockpits was carried out. Also repairs to the wings were completed.
Fronting up religiously every Saturday and on the odd occasion during the week, our tireless bunch of toilers, (who became addicted to the task) brought the aircraft up to her present state as can now be seen in the Museum.
In conclusion I would like to relay my thanks to the various departments at HMAS Albatross who rendered their assistance and particular thanks to Ray Larder, Cris George, Ron Ross, Ken Day, Rob Partington, Dave Mowat and Ralph Turner who made the whole project work.”  Don Parkinson, Project Manager.

Left and Below.  Don Parkinson’s pictures (with handwritten annotation) about the refurbishment of XA434.

Below:  A trick of perspective.  Against the large poster of the batman on the back wall XA434 could be mistaken for a model, but she is not.  Restored to her former glory, her home is now in the Fleet Air Arm Museum at Nowra. (FAAM image). 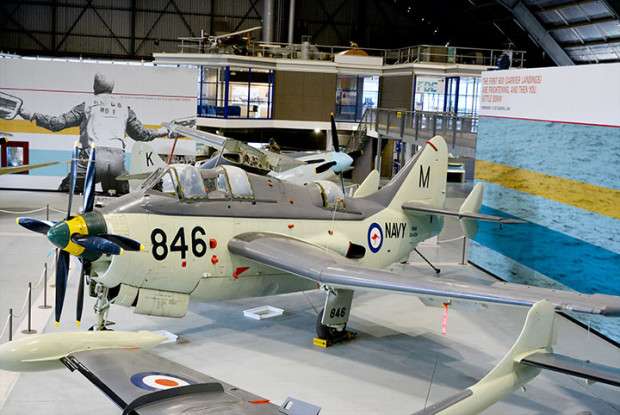