Related Heritage: Sea Fury Survivors Articles
Back to Heritage Index
Back to Our Heritage: The Hawker ..

This page is under construction and will be added to gradually, as information comes to light.

Below Left. Sea Fury VX730 in a hangar at Nowra, most probably early in 1987.  After a chequered career it was sold to the NSW Department of Education in 195 where it was s stored at Sydney Technical College for Museum of Applied Arts and Science. It was later reported at the Camden Museum of Aviation and in about 1985 was passed to the Australian War Memorial. In August 1987 it was transferred to the RAN Historic Flight for restoration (below right), but when that Flight was disbanded it again found its way to the AWM. There is a rumour it will be returned to the Fleet Air Arm Museum in 2018, but that is yet to be confirmed. 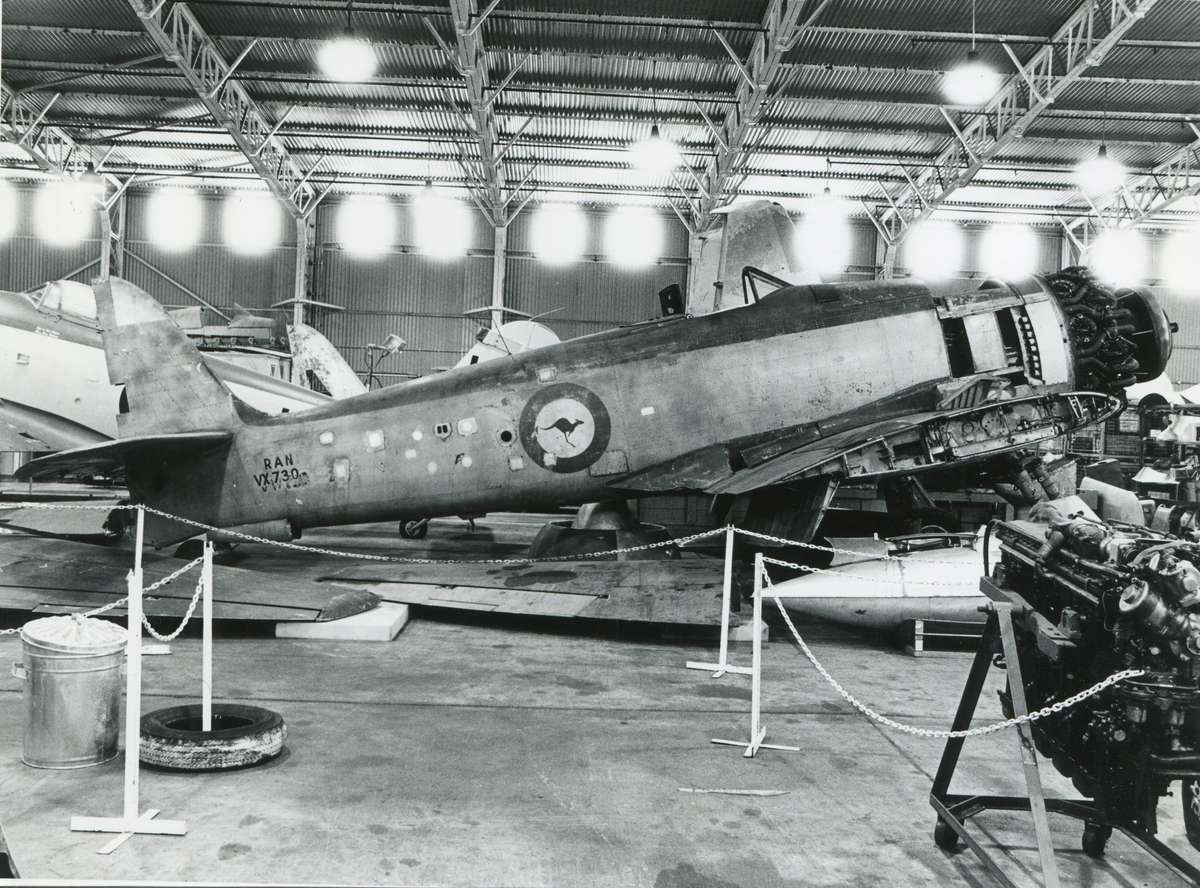 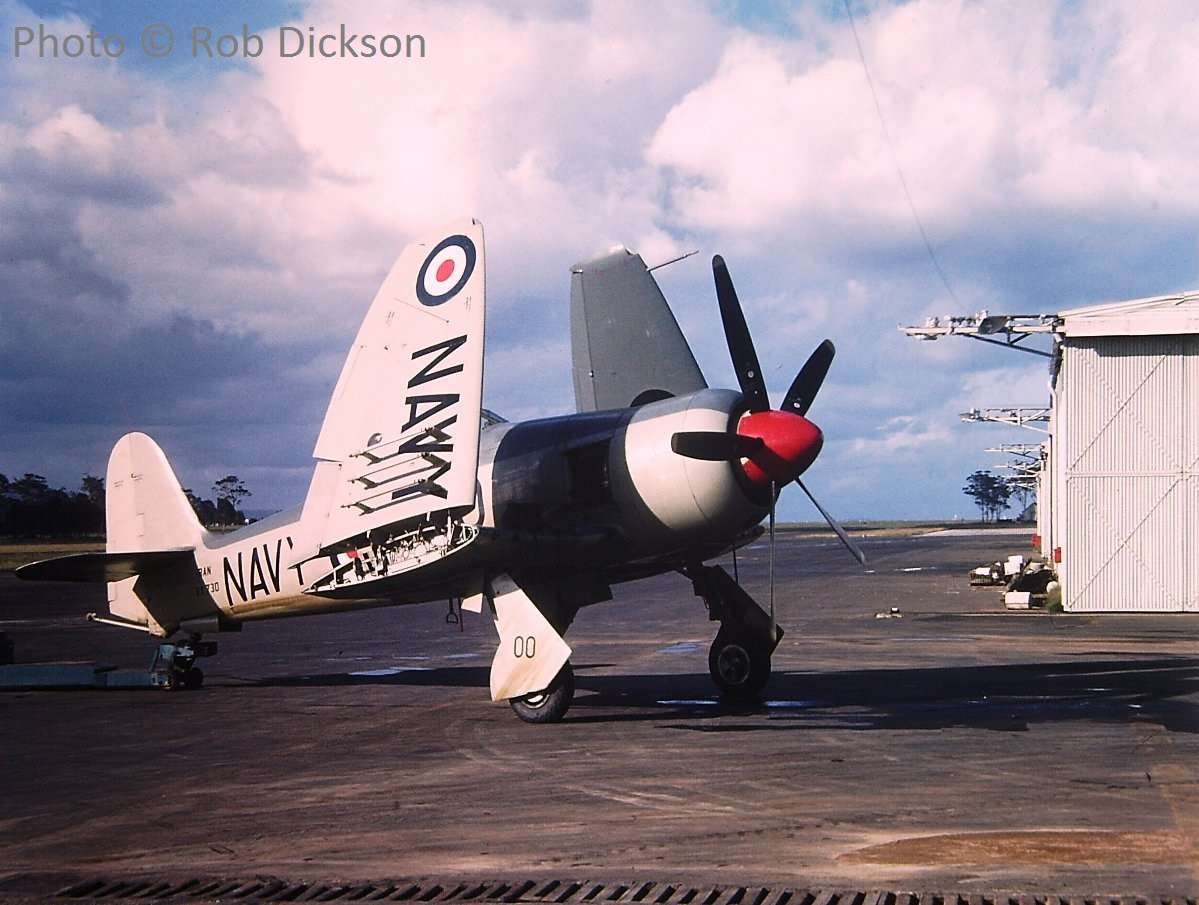 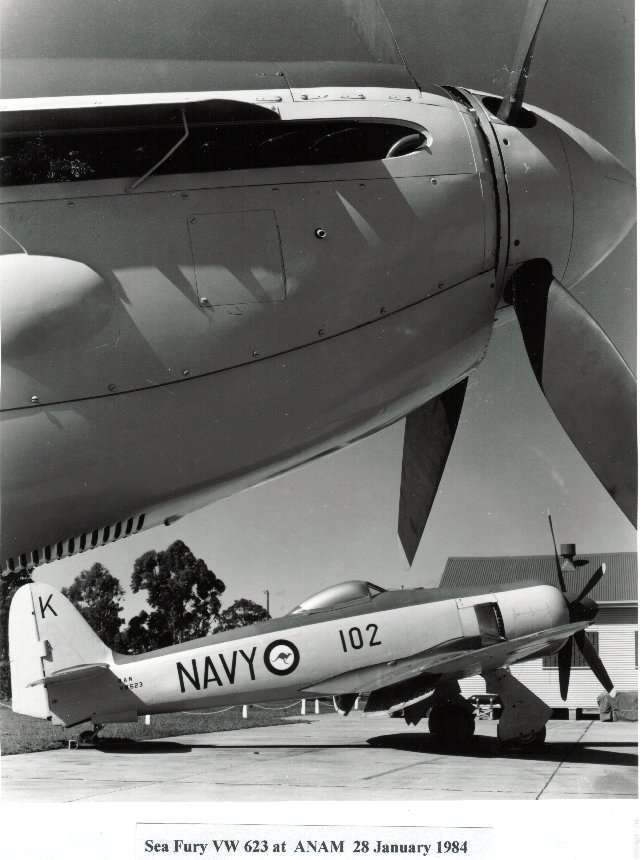 Left.  Following its service life VW623 was placed outside Albatross as a ‘gate guard’ in late 1968 where it resided for many years before being transferred to the Museum for restoration by the RAN Historic Flight.