Related A4 881 Articles
Back to SkyHawk Index

This page needs more photographs and information.  If you can help by providing any images, documents, information or anecdotes please contact the Webmaster. Crashed into sea off Perth WA 20/03/01 after departing controlled flight during a tight turn and entered a spin.The pilot (Flight Lieutenant Phillip Barnes, 25, of Rotorua) ejected and was in a life raft for an hour before being rescued by an RAAF SAR Helicopter. 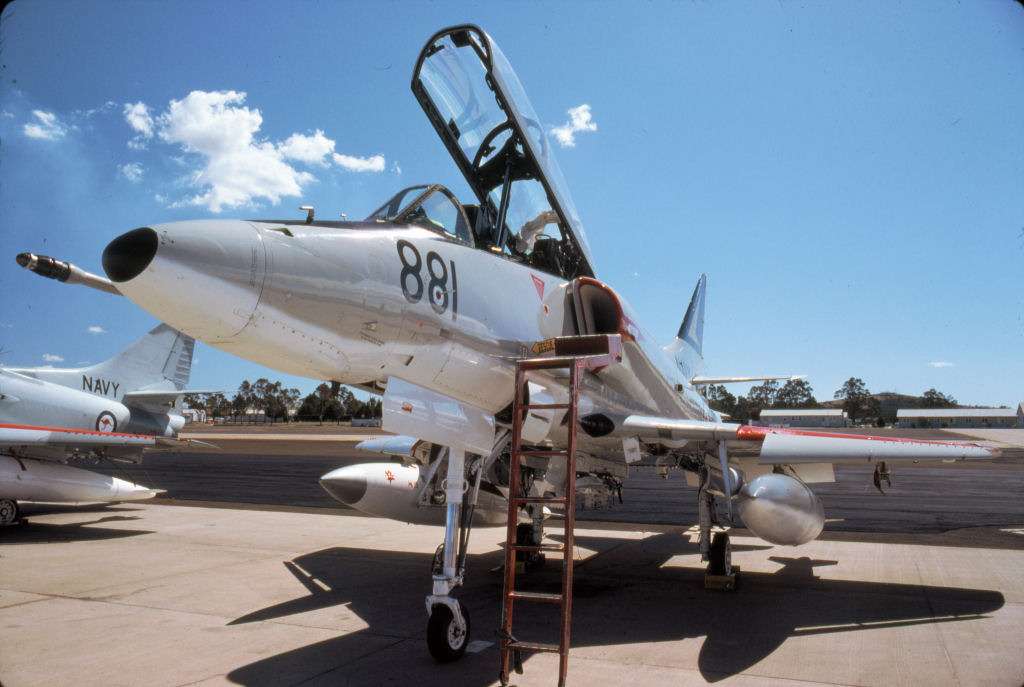 Above: Image by John Bartels

Below:  In a Nowra hangar awaiting a buyer… 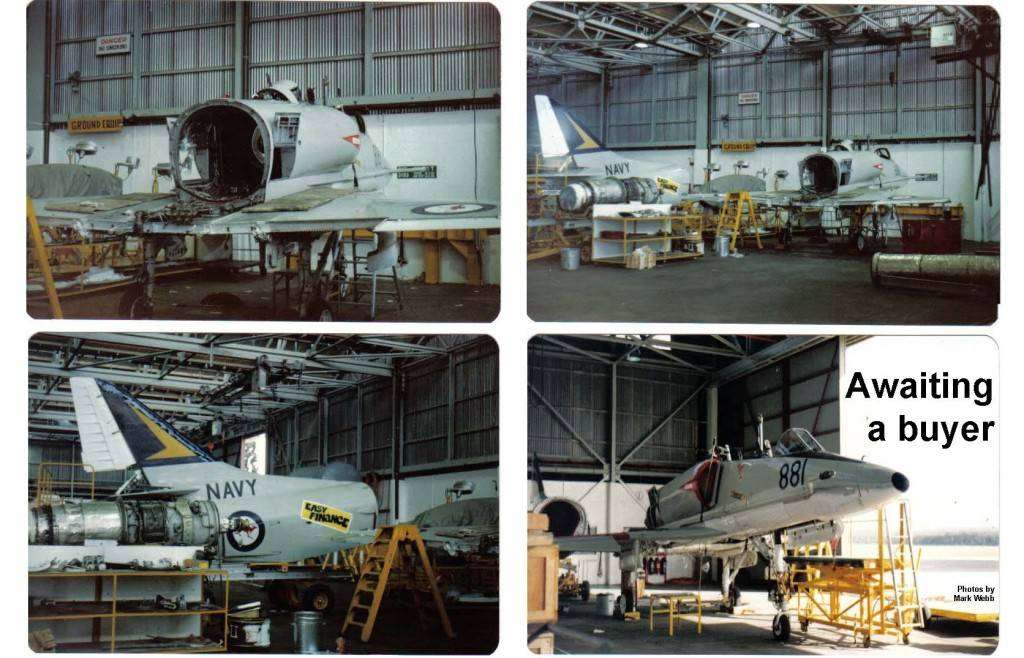 We were intrigued by the photo to the left, which either has significant print colour distortion or shows 881 with an orange/gull grey paint job.  The straight probe indicates it was early in the aircraft’s life, but a search of all our resources has failed to find any mention of an orange/grey livery scheme, or even of an odd ‘one-off’ for a particular event. We’d be interested to hear if any readers know what was going on here!  (Image via FAAM). 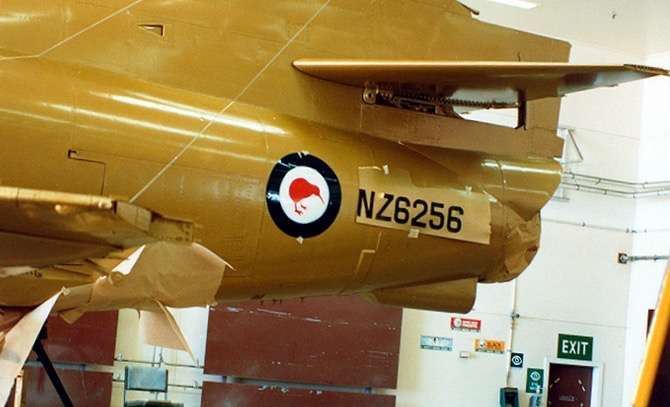 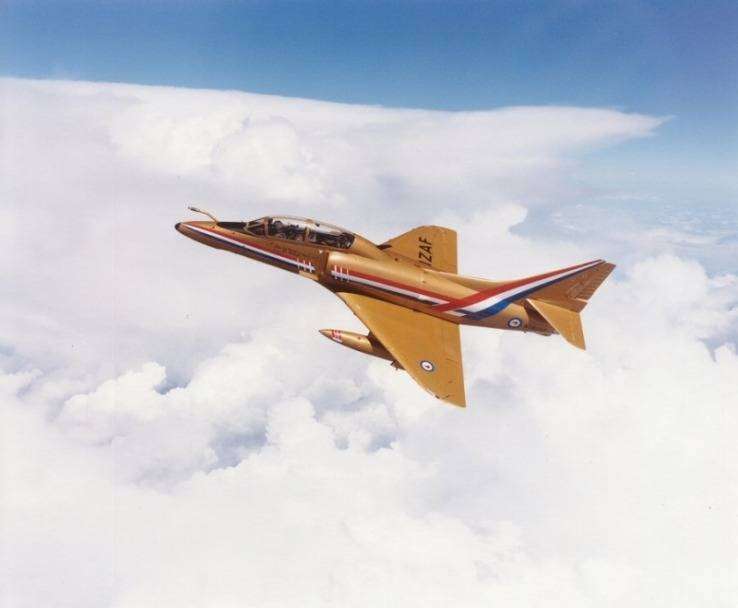 In 1987 the Royal New Zealand Air Force celebrated its 50th Anniversary and to commemorate the occasion Skyhawk TA-4G NZ 6256 (previously N13-154903/881) received a special overall gold paint scheme. Supplementing this were traditional red / white / and blue bands, the stars of the southern Cross on the aircraft tail and a commemorative scroll under the cockpit.

NZ 6256 received its special paint scheme in December 1986 and after approximately a year of publicising the anniversary returned to the standard low viz scheme.

Prior to the application of the full anniversary scheme on the aircraft the red, white and blue pattern had been hand painted on the port side over the RAN gull grey / white scheme. 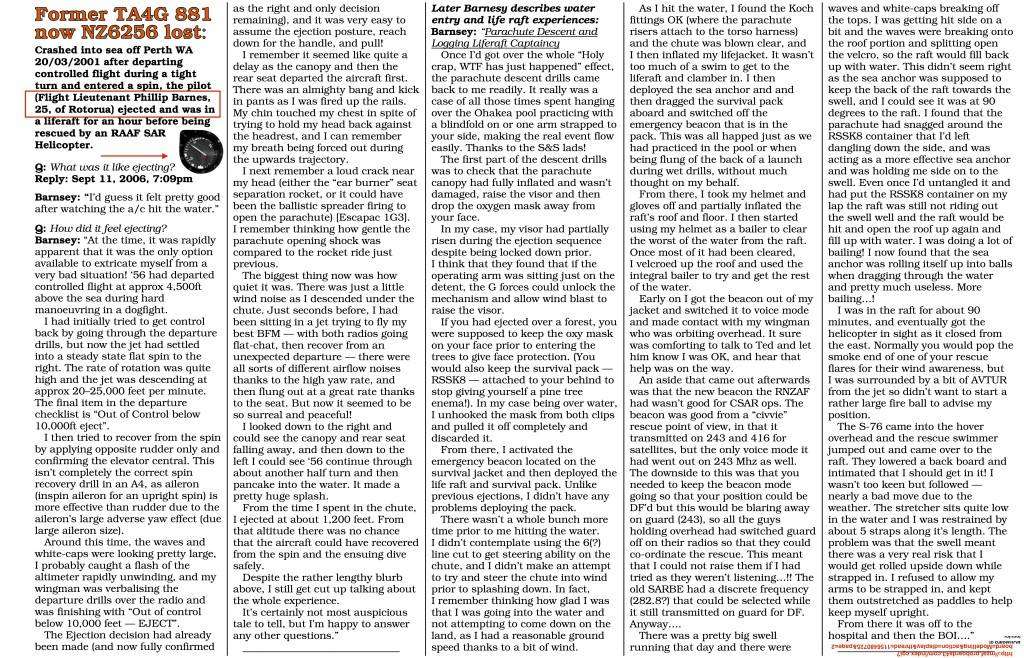