Related A4 887 Articles
Back to SkyHawk Index 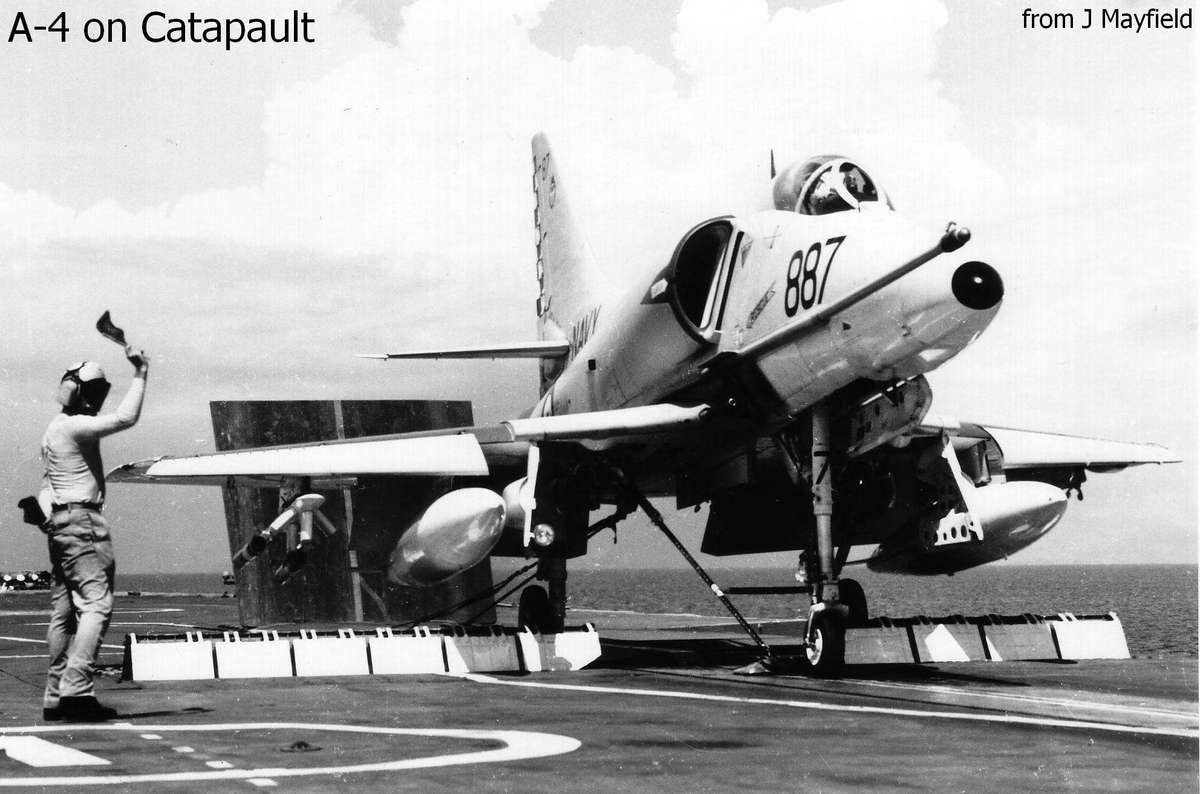 Brief History of this Aircraft 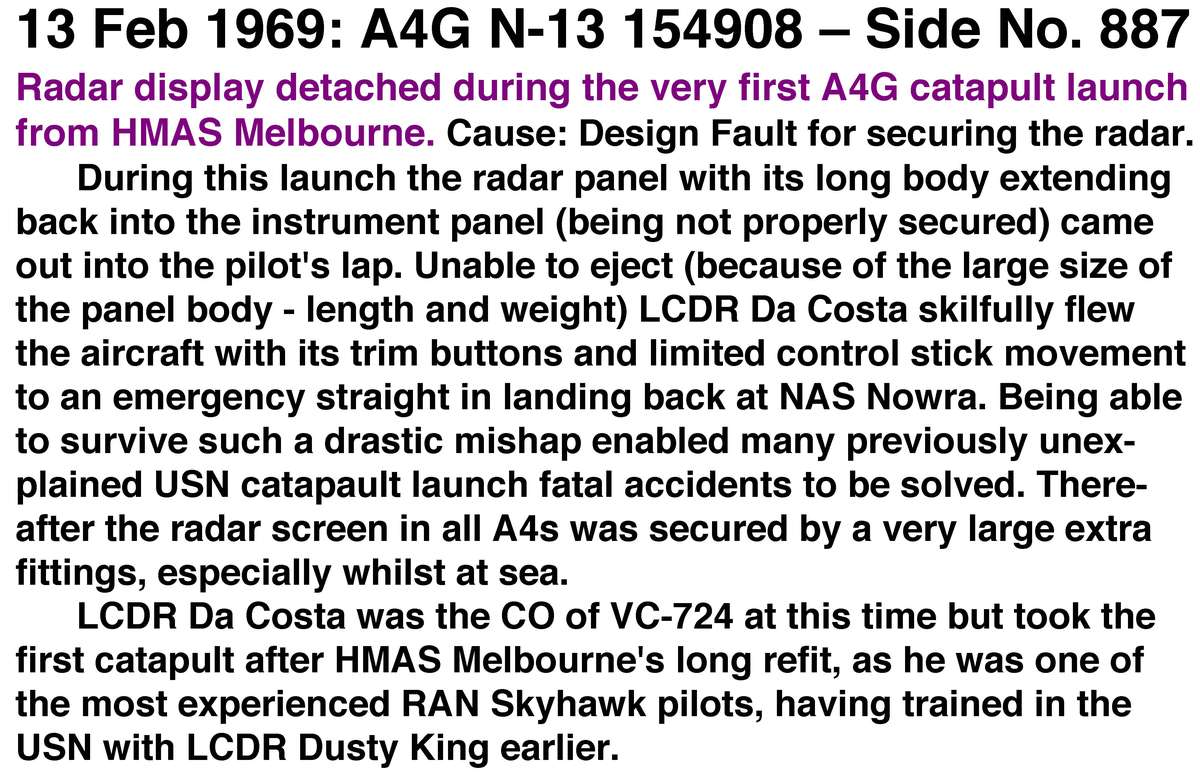 Left:  This incident early in 887’s life could easily have spelt the end for the aircraft and its pilot, when the big radar display slid into the pilot’s lap during a catapult launch.  Although the RAN had not had unexplained accidents on launch, the USN had – and the survival of this aircraft helped explain what might have happened to them.   Story via Phil Thompson. 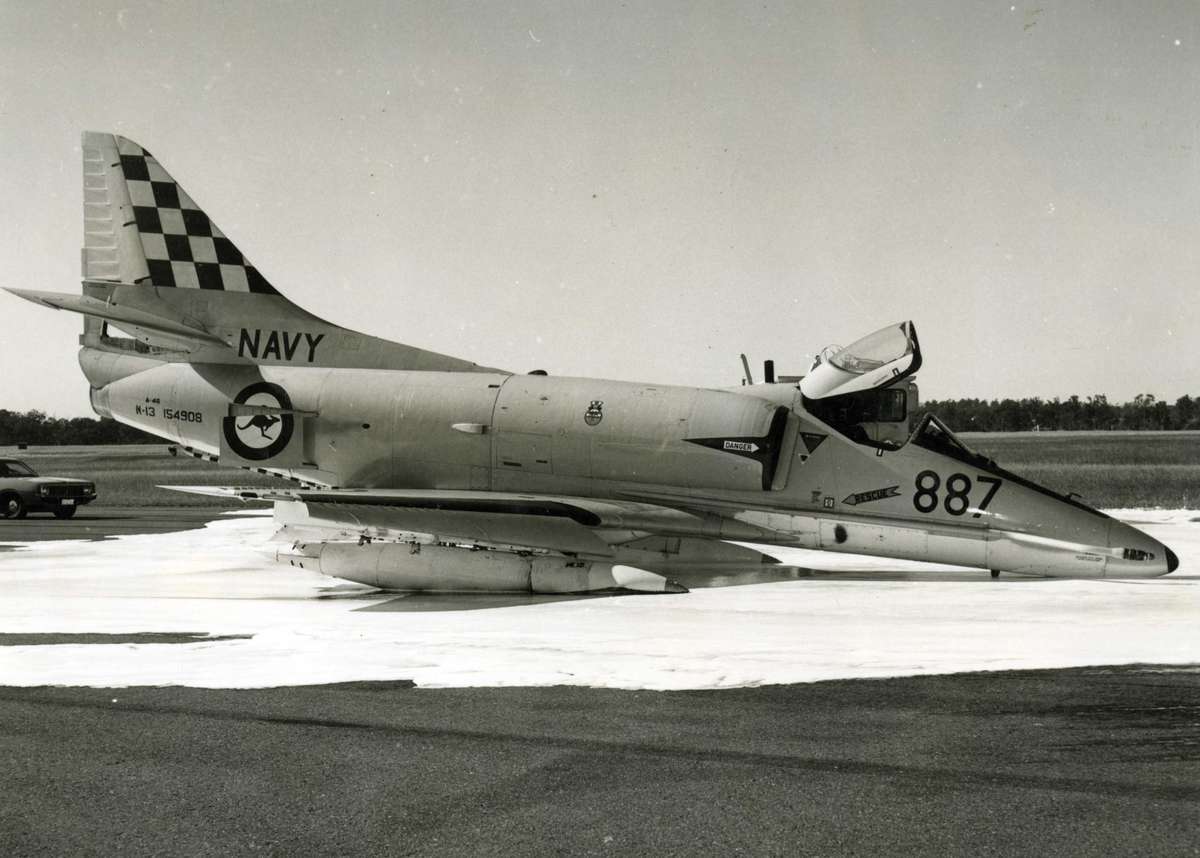 Above:    887 after wheels up landing at RAAF Amberley (LEUT Barry Evans) after losing a wheel while landing on Melbourne (RAN Image).  Barry Evans was on the repair team and tells the following story:

‘The initial incident happened in the AM (Sunday if I remember) and a crew was assembled to go ashore to evaluate damage but we had to wait for the ship to get within range.

Ground crew flew off in Seaking to Amberley Sunday PM once Melbourne got into Seaking range. Spares flown up in 748 (Monday or Tuesday).The drop tanks had a bit more damage then a “few scratches”, getting them into the 748 for return to Nowra was an exercise in itself. The Skyhawk departed Amberley Wednesday so ‘back in the air in less then a day’ (as reported by the press above) is misleading.

By this time Melbourne was heading back to Sydney and ground crew could not be flown back on board. Luckily the RAAF band had just been flown up to Amberley and there was a Herc returning to RAAF Richmond and SBLT Garrat arranged for them to ferry the crew to NAS Nowra.’

Below:  The aircraft suffered more substantial damage when it flipped upside down during its time with the RNZN (page via Phil Thompson) Despite this, it was repaired over a long period, and now flies with Draken International. 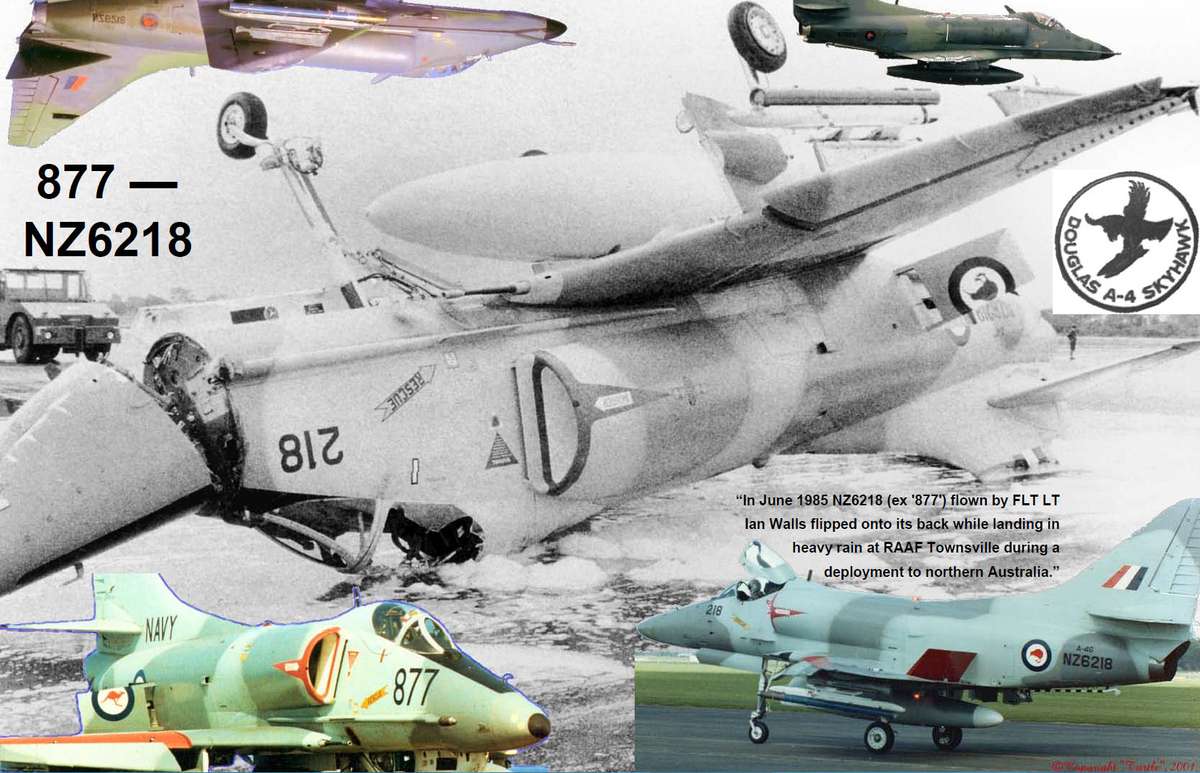 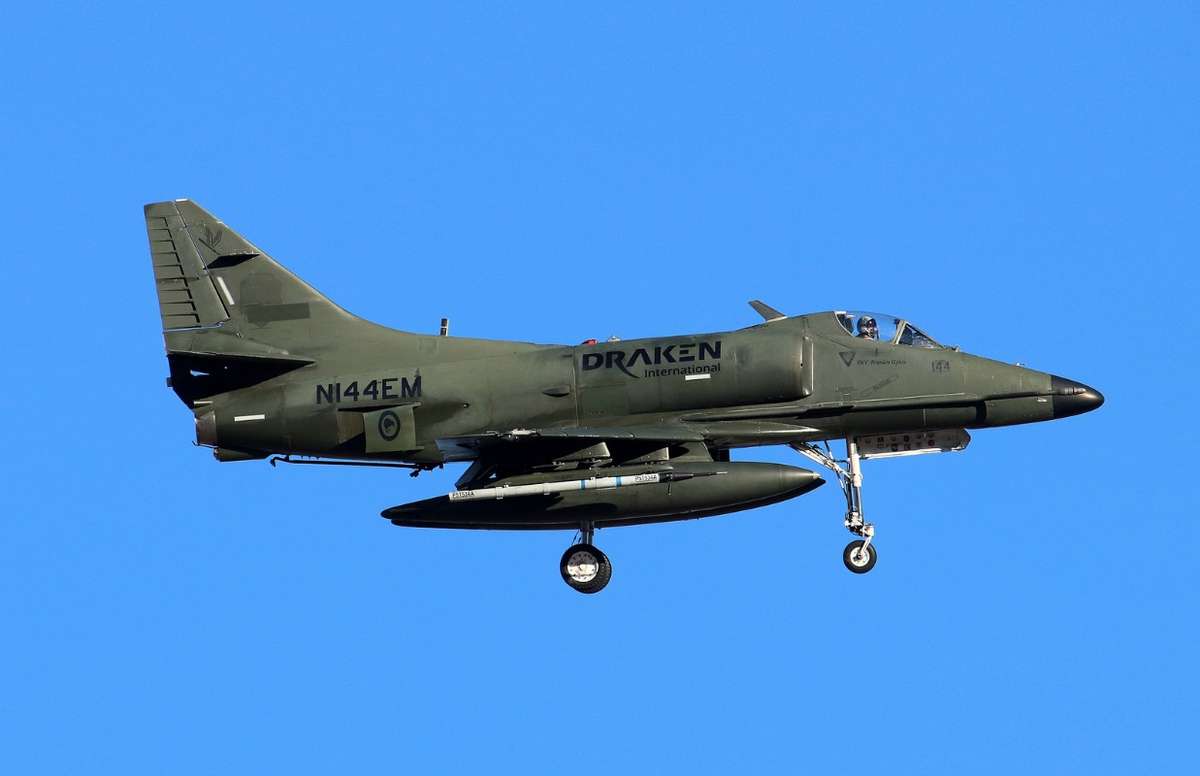 Above.  With a new lease on life, N144EM of Draken International conducts a low flypast at the International Red Flag day in Nevada on 25 January 2017.  Draken pilots report that their ex-military aircraft are superbly maintained and, because they are not subject to the rigours of military life, are in great condition.  (Image: MD photography)