Related The Draken Story Articles
Back to SkyHawk Index 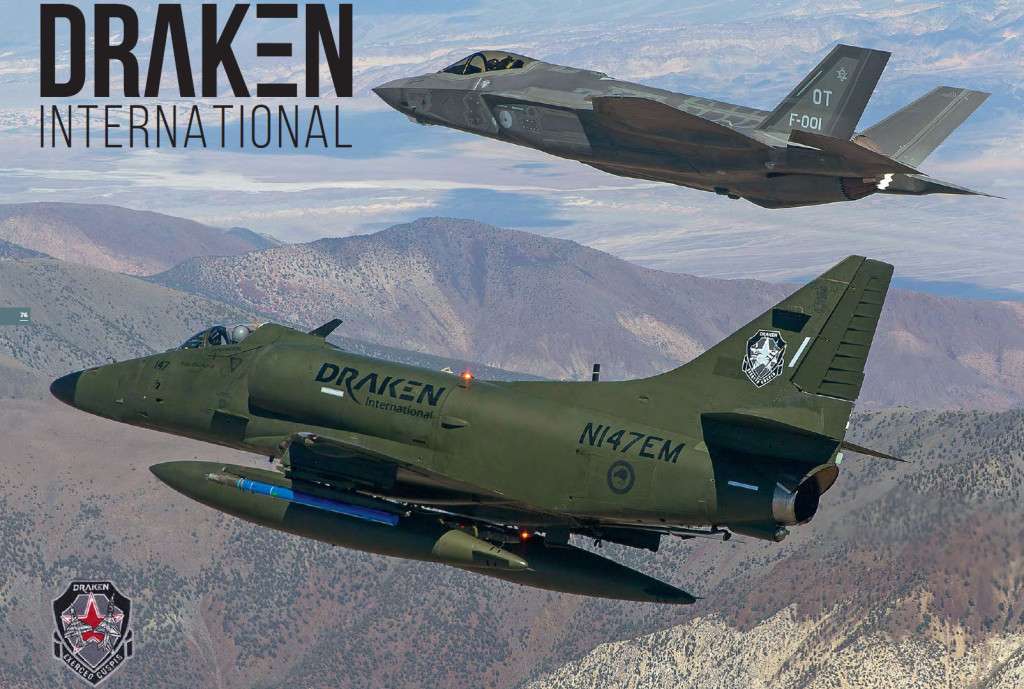 Draken International is the largest operator of tactical aircraft in the world.  The company was founded in 2011 when it evolved from the Black Diamond Jet Team, an airshow act owned by entrepreneur Jared Isaacman.

Amongst its other aircraft, it owns a fleet of 14 A-4 Skyhawks, six of which were originally RAN A4G aircraft* but were acquired by Draken from the RNZAF.

The story of Draken is a fascinating one, and can be read here: Draken Text together with beautiful photographs of the A4s and its other tactical aircraft.

A short video of Draken and the work it does can be found here:  Draken Video

A 20 minute professionally produced video of Draken and its operations can be seen here: Draken Text

* Out of the 20 RAN Skyhawks only eight survived. Ten were destroyed in RAN accidents and a further two in RNZAF accidents. On retirement from RNZAF Service six of the remaining eight went to Draken, as listed below. One went to OMAKA museum whilst the only surviving TA4G is at the FAA Museum at NAS Nowra.

Draken aircraft are beautifully maintained, as illustrated by an email received by one of our members back in 2014:

Nice to hear from another Skyhawk fan.  Glad to see you know your way around the Skyhawk Association website as well.  Here’s a link to the Draken page on the same site.   Draken International INC | A-4 Skyhawk Association
I enjoyed reading “The Australian Connection” article.  I hadn’t seen that yet.  The A-4s are doing great and all flying.  All the systems work perfectly as they’ve been very well cared for by the RAN and later by RNZAF.  They now live in a huge hangar and have an excellent team of maintainers giving them superb care.  I’ve been flying A-4s since 1986 and can easily say these are the best cared for jets.  The typical USN training command jet was all beat up and bent from numerous students flying them in all missions, including CQ on the boat.  I also flew adversary A-4s and those were also hard working jets, but not these pristine jets.