After spending a couple years on 816 Squadron I was posted back to 723 Squadron in October 1965 as a brand new A/LEMAC and was a local supervisory on the UH-1B.

Looking at the aircraft’s avionics I saw many old friends. The original avionics suit had been removed and replaced by very basic radios that were in use by the RAN.

From my QS training on the 31A Wessex I found the PRT 170 UHF and the SMADF and the VHF was a TR1936 going back to my time on Sycamores. The only really new piece was the intercom, which was specific to the modified UH-1B.

The major drawback with the crystal controlled radios was the availability of frequencies. For example when we followed the Queen around from Melbourne up to the Barrier Reef you had to take a pocket full of crystals and do retunes to be able to contact the various air traffic zones.

Very fond memories of my time with the UH-1B even though it wasn’t always fun like retrieving 894 from the bottom of JB.  John Macartney. 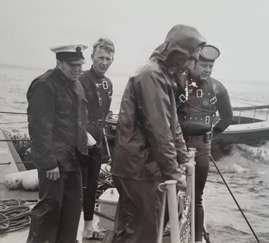 My first encounter with a RAN Huey was in 1963 when I arrived at NAS Nowra to commence my UC (Air) course. However, my first flight in an Iroquois was not until 26 November 64 when we did some diver drops and then gave winching demos for HMAS Yarra crew. This was, I believe, part of the Fleet requirement post HMAS Voyager accident.

A few days earlier 11 Nov I was crewman in a Wessex tasked to photograph the wreckage of Gerry O’Day’s Huey that had crashed the previous day at JB airfield.

The next time I was in a Huey was 13 May 66 starting my helicopter conversion having obtained my ‘Wings’. My fellow pilots were Jeff Dalgliesh, Staf Lowe and Tony Casadio. Instructors were Gordon Mc Phee CO, Ben Bathust RN (Senior Pilot), Pat Vickers, Tom Small and Barry Lovett.

Aircrewmen were ‘Pancho’ Walter, Buck Ryan and George Swanson. All who I had worked with as an ACM.

My last flight in a 723 Huey was 06 OCT 67 with LEUT Carr doing emergency procedures.

The Huey was a great aircraft. Very forgiving but could also bite you if you got complacent.

I cannot but praise it for its performance in Vn. It could take huge amounts of punishments and still get you out of trouble.

LS ACM ‘Pancho’ Walter was the best aircrewman that I ever flew with both as an instructor to aircrewmen, and to pilots.

I served with the UN from May 78 through to early Dec 78. After my QHI course, I was posted to 5 Sqn at RAAF Fairbairn and then went to the Sinai from there. I was the training officer and line ops pilot. The aircraft were a mixture of ‘D’ and ‘H’ models, with the Lycoming L13 engine. There were four aircraft on line, with (generally) three serviceable on any given day. On most days two aircraft flew all day and the other a half day. The RAAF rotated one aircraft every six months in a C-130 that also flew in a new crew. 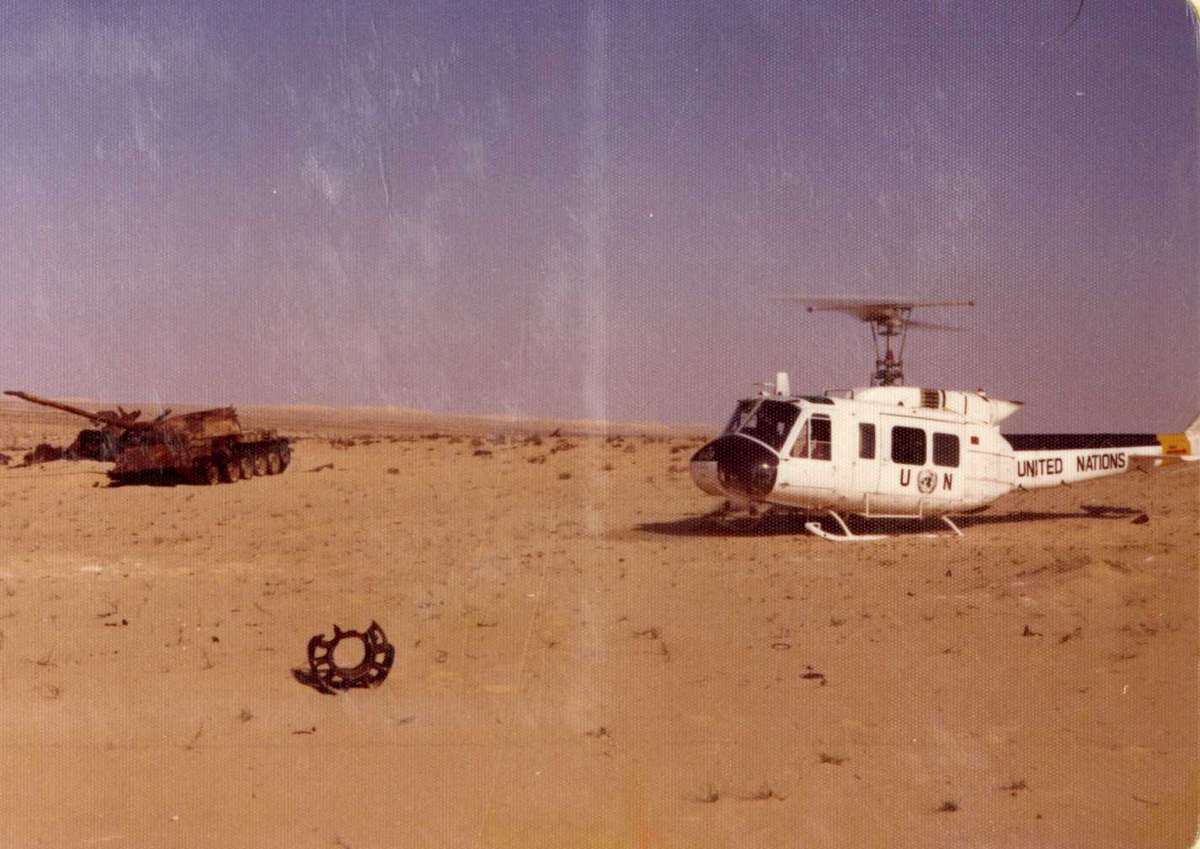 I believe the RAN was involved in UNEF 11 for about three years. We generally provided a couple of technicians, a pilot and air crewman per rotation of six months. I have attached some photos, unfortunately the quality is not great, but you will get the feel of what the environment was like.

Here is a list of the RAN personnel that deployed: 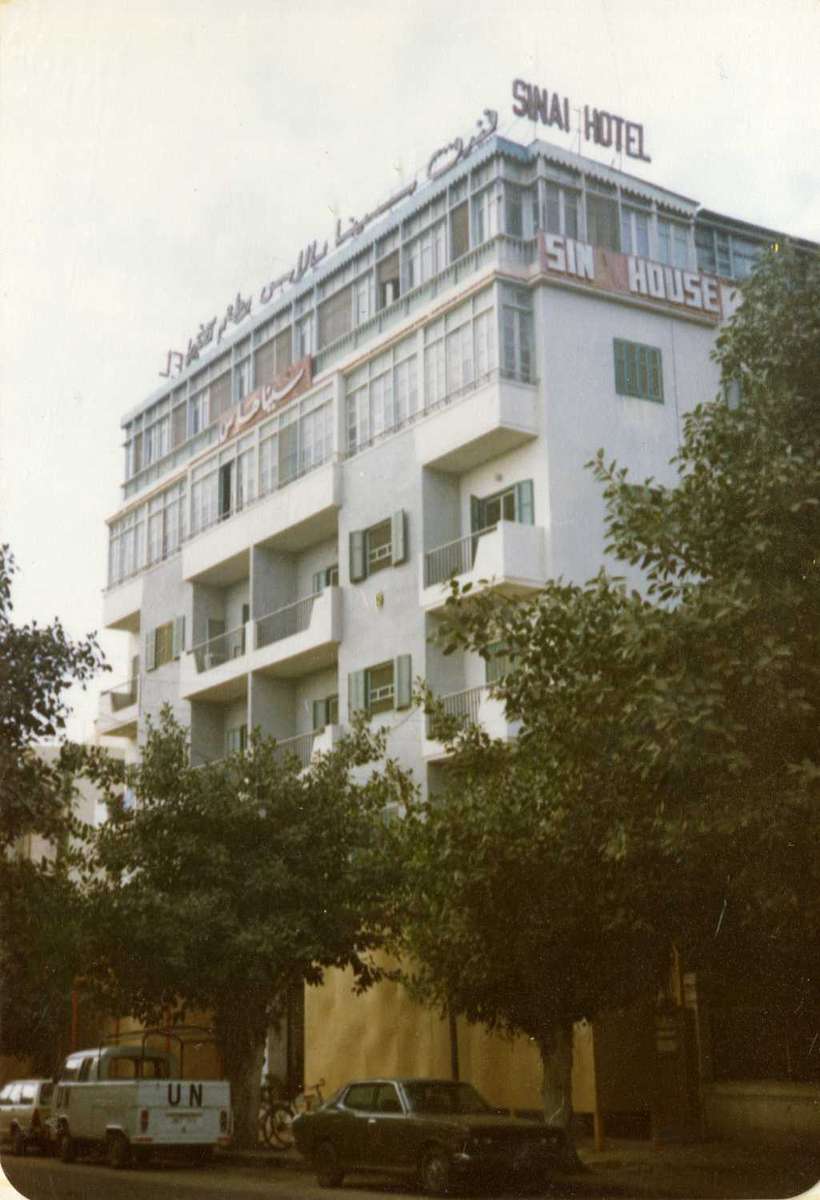 We were based in Ismailia and lived in an old hotel called the Sinai Hotel. It was four stories, no air conditioning and very basic. We all lived on the second and third floors, our Arab staff lived on the first floor and the top floor was  the dining room and bar area.Wives were allowed to visit and mine came out and spent 5 weeks with me near the end of my deployment. I applied for a UN ID card for her, and she had clearance to live with me and occasionally fly with me in the Sinai.

Our flying went from mundane 6-7 hours flying along the Sinai border area with Israel looking for Bedouin Arabs crossing into the buffer zone. There were spying for both the Israelis and Egyptians, and would steal anything that wasn’t nailed down.

I flew about 240 hours in 6 months which was a mixture of circuit/emergency training at the airfield at Ismailia, and operational support in the buffer zone. There were four battalions in the buffer zone. The Swedes were on the Mediterranean Sea, the Indonesians and Poles in the middle and the Finns were down south on the Red Sea. There were Military UN Observers camped at each location, and they usually flew missions with us. 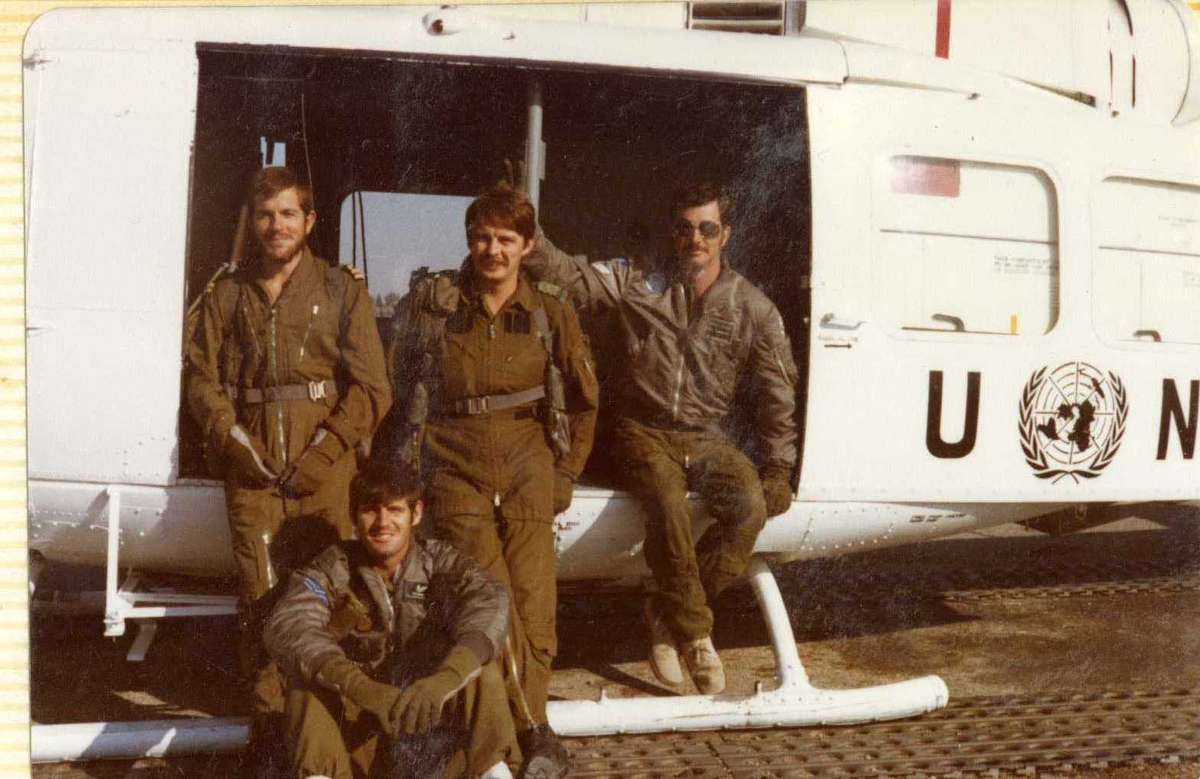