Related Sea Venom: WZ900 Articles
Back to Heritage Index
Back to Our Heritage: The Sea Ven..

Below. At the time of the accident, WZ900 was attached to 816 Squadron B, Flight. LEUT DaCosta was the Flight Commander and LEUT Kennell the Senior Observer, as pictured in the purple outline below. (Image courtesy of Phil Thompson) 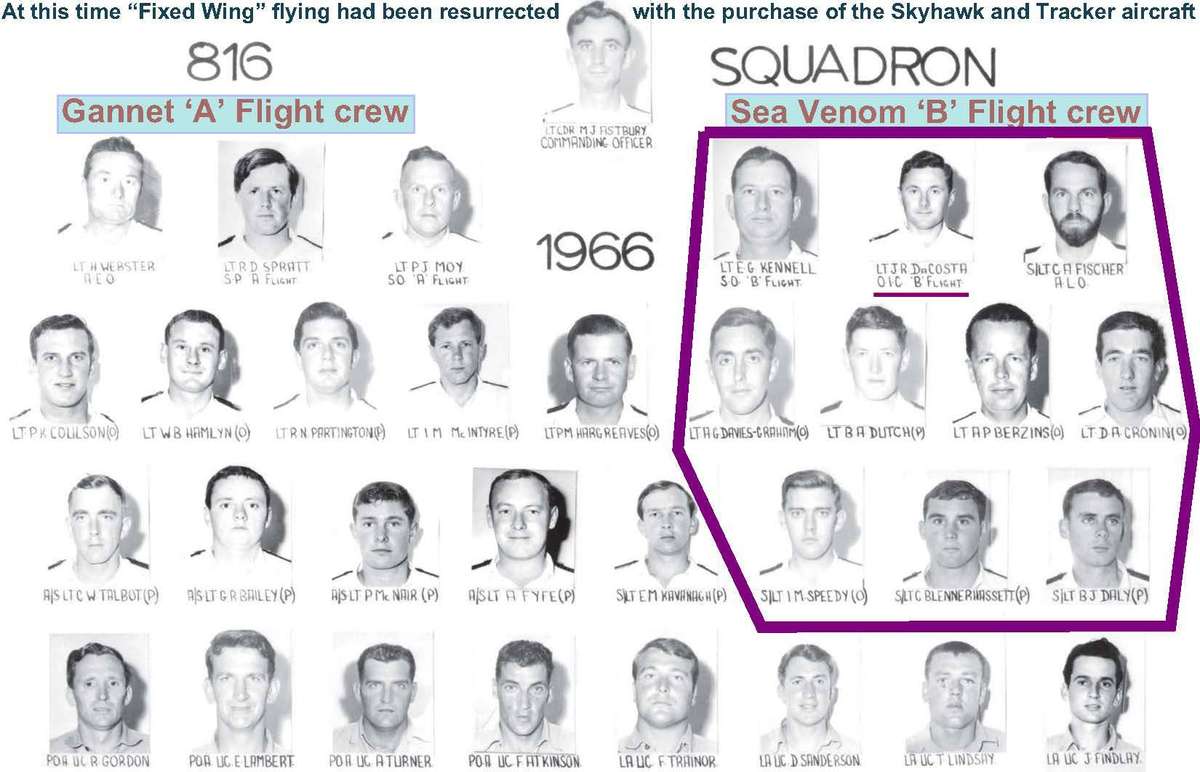 Below.  WZ900 (on the left) taken in the morning of the accident, which occurred about 1500 (image courtesy of Phil Thompson).

Below: The pilots account of the accident, and a Navy News article paying tribute to LEUT Kennell . (images via Phil Thompson) 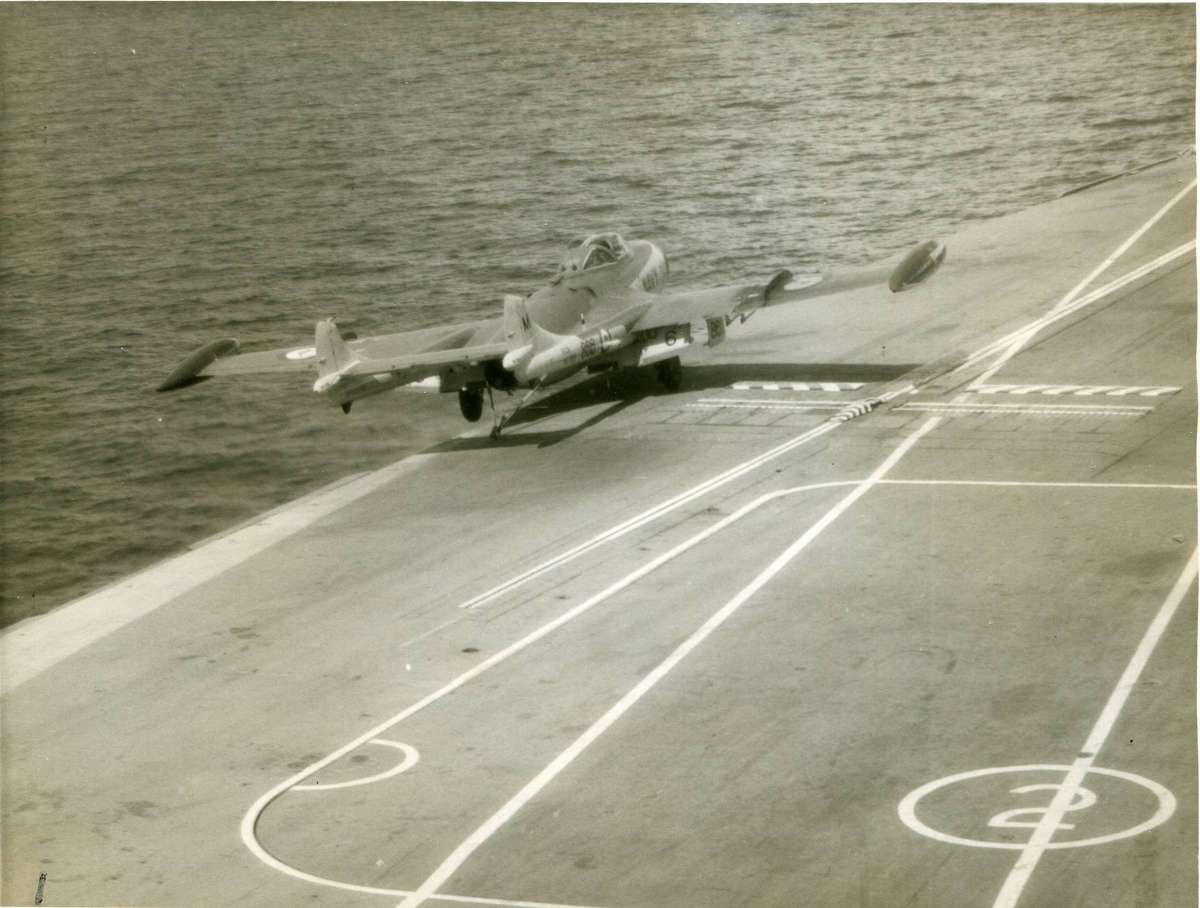 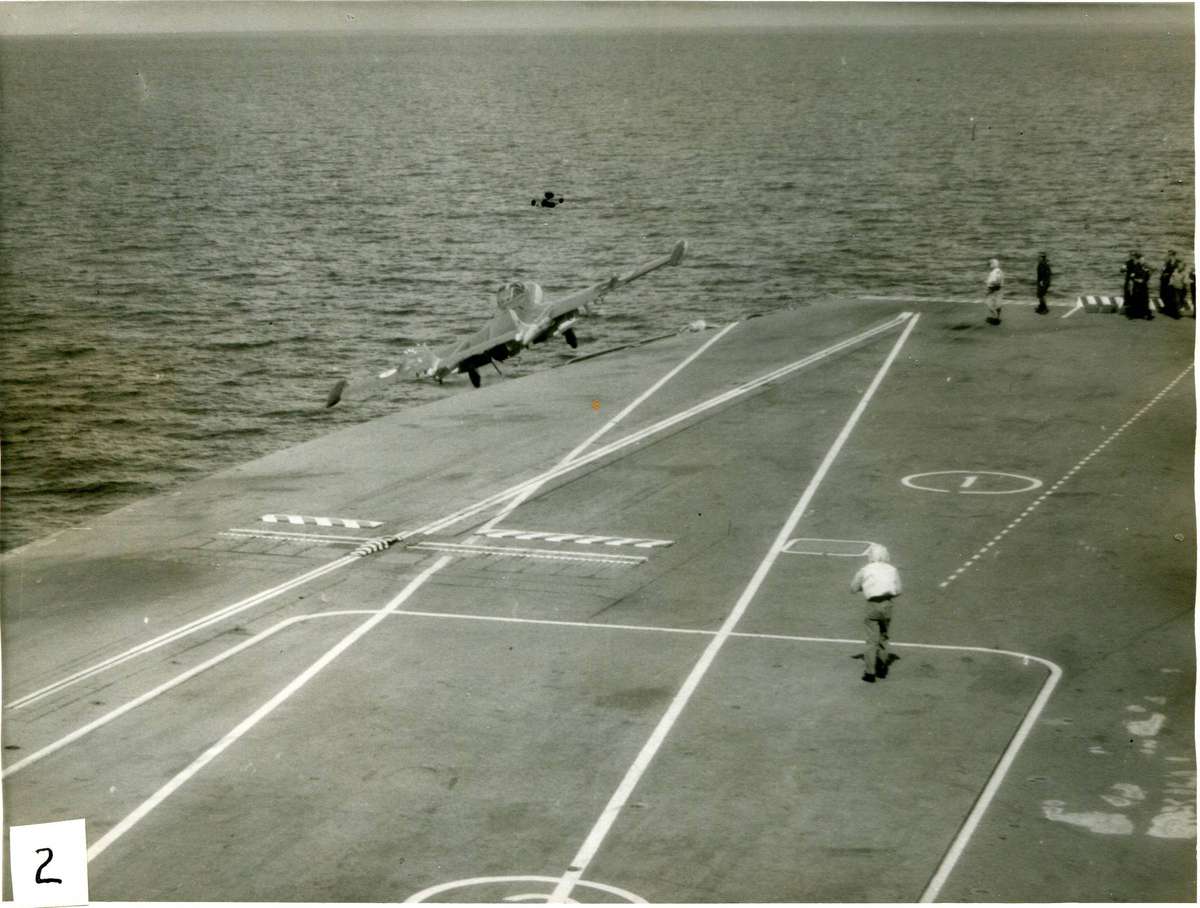 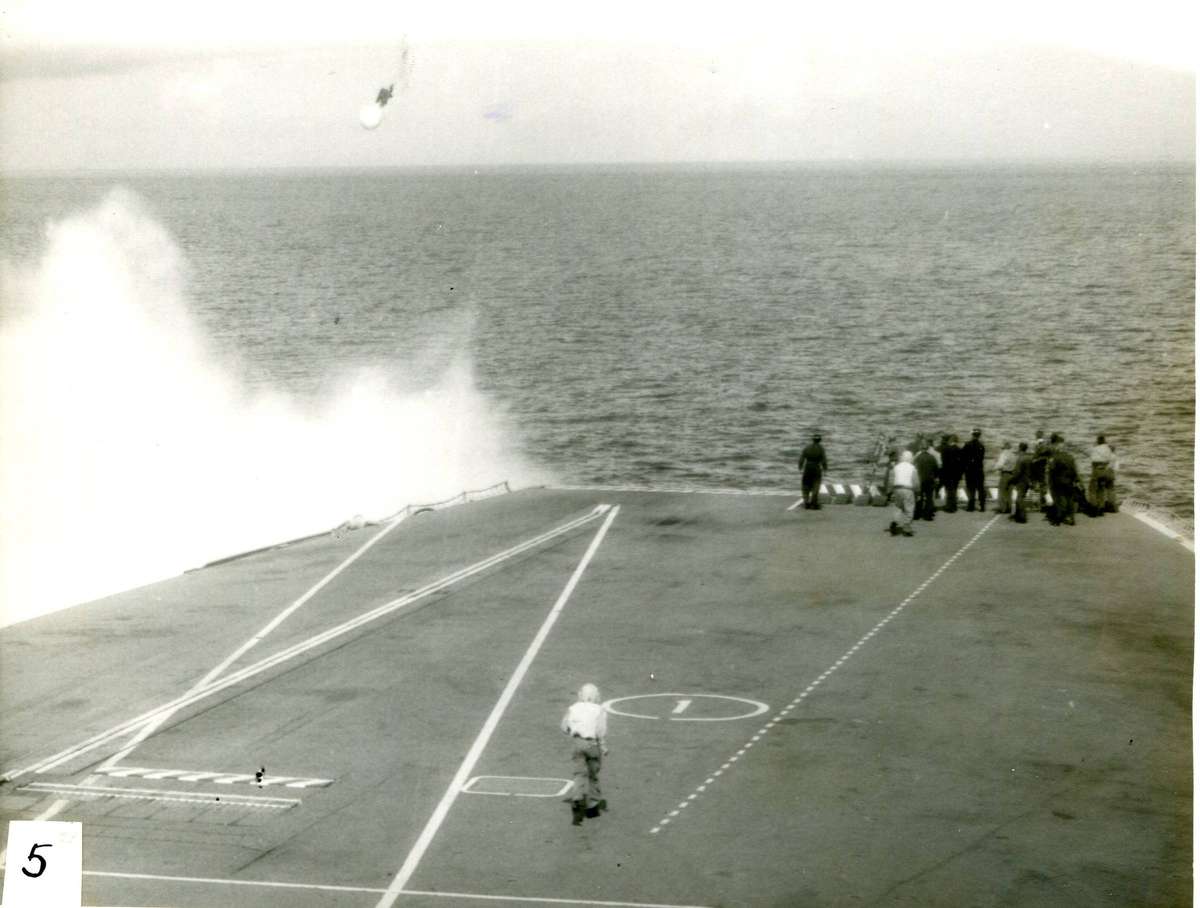 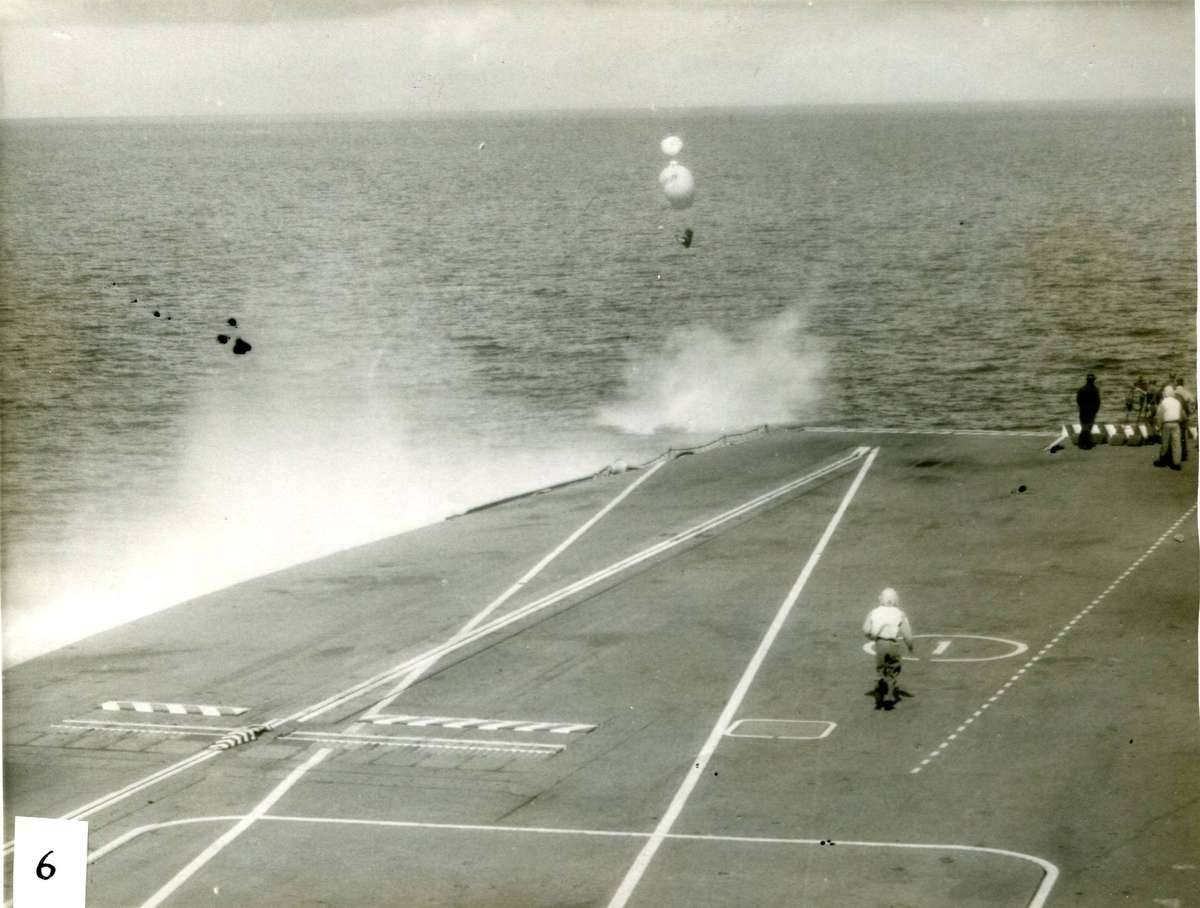 Above:  A sequence of photographs obtained from the accident files of WZ900, showing the aircraft veering off the edge of the flight deck after the arrestor cable failed, and the subsequent ejection(s) and ditching.  Witness reports on whether one or both of the aircrew ejected vary, but only one parachute is obvious  (RAN Images). [Click to enlarge].

Accident Report:  Statement by the pilot and other witnesses.

Slipstream Article by the pilot. February 2002.