Mystery Photo No. 13 is an FAA Museum image. 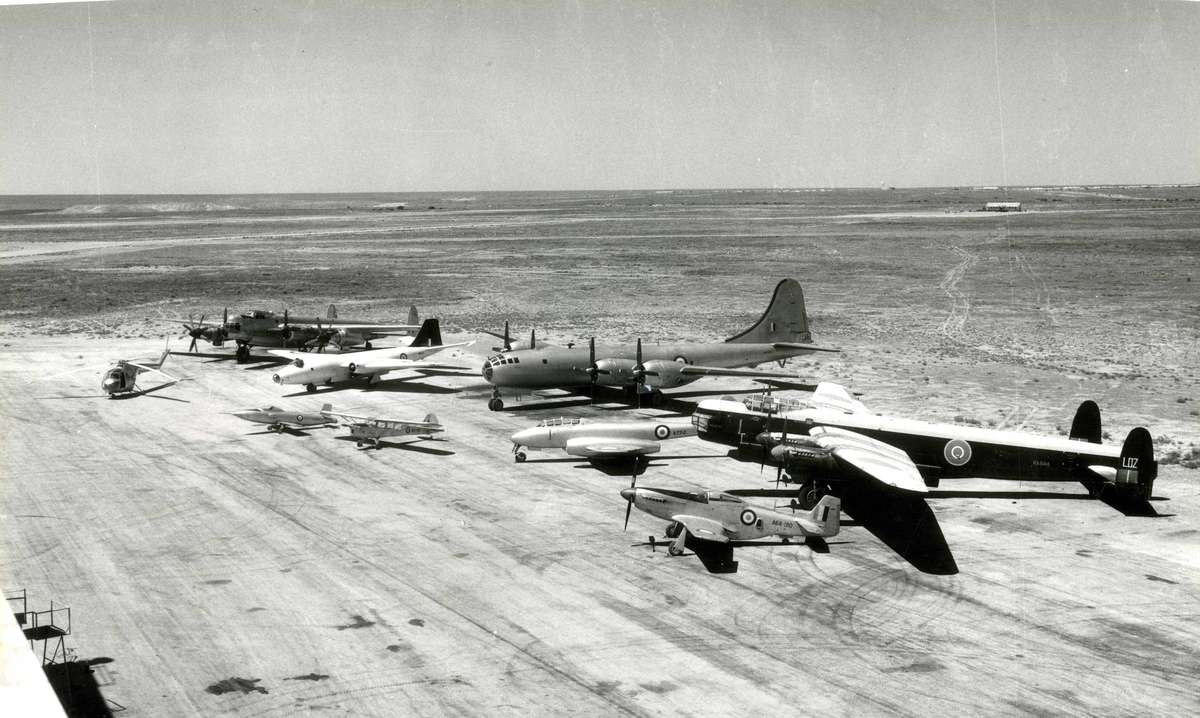 Readers were invited to submit:

This Mystery Photograph attracted a lot of attention and I received (mostly) correct answers from Ken Vote, Peter Adams, Richard Kenderdine and Greg Kelson. Richard Kenderdine and Kastytis Grigonis (is that a pseudonym?) provided some additional details for which we are grateful.  Kim Dunstan, in his inimitable way, also provided detailed information, as did that excellent site ADF Serials.

The photograph was taken at Woomera in the early 1950s (most probably before 1953) and shows a number of aircraft used for various testing purposes or other tasks as follows (clockwise from left):

Here is a closer image of the Pika in the foreground and the RF403 (Lincoln) in the background. The Pythons with contra-rotating props can be clearly seen. 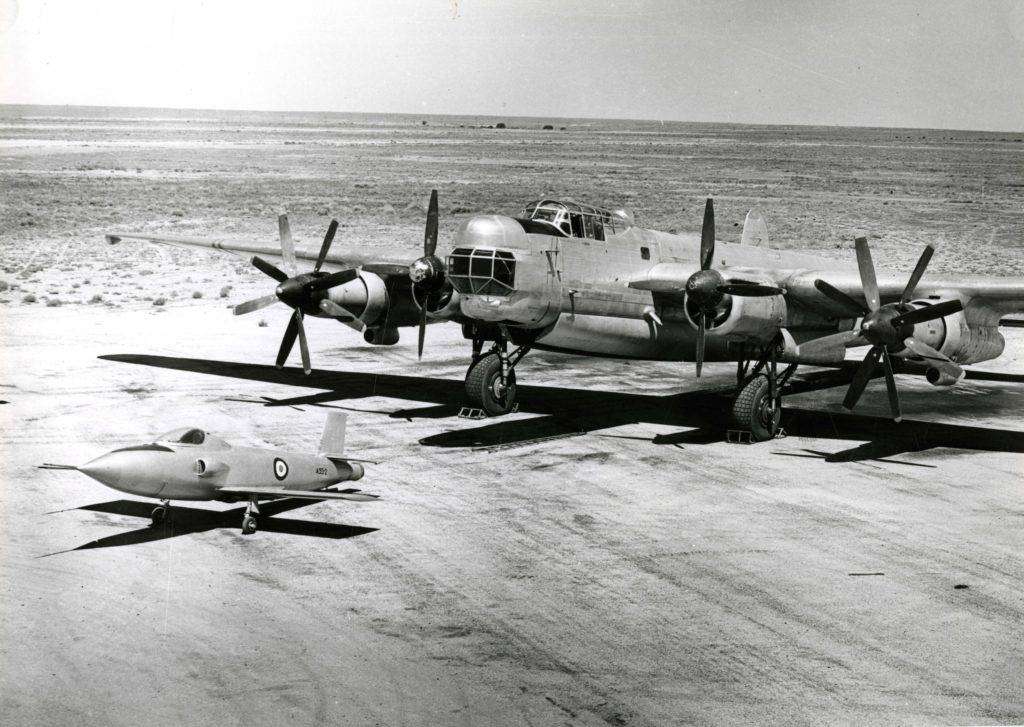