Mystery Photo No 24 was supplied by Phil Thompson and really was a Mystery Photo – because we didn’t know the answer and were seeking information. 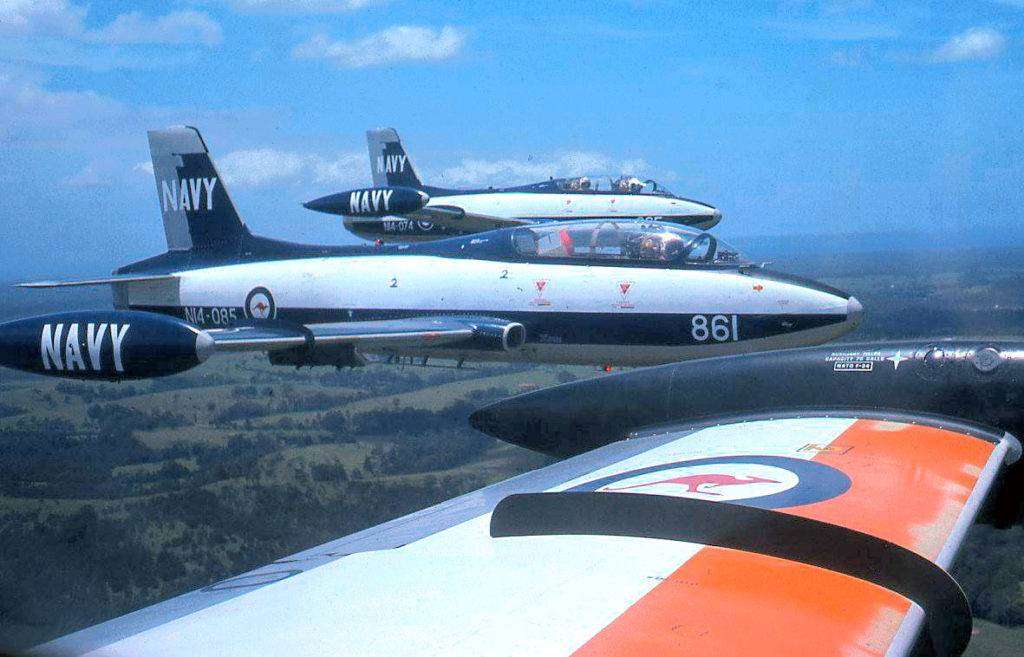 It showed RAN Macchi 861 flying in formation with a strange object in the back seat.   One suggestion was that the flight was in support of Fleet Operations around 1974 or 1975, and the object was possibly connected with Ikara or maybe Turana trials, but that was not confirmed.

The most comprehensive advice about this gizmo was kindly forwarded by Mark Boast, who says it was an Ikara fin modified to sit on the ejection seat rail. The aircraft would then fly a profile that matched the missile, which included a rapid climb followed by a bunt to simulating the launch. The tail talked to the ship like the real thing.  He remembers there was a simple on/off switch in the front seat, and the profile was slightly scary to fly as you had to imitate the bunt to level flight manoeuvre at 1100 feet after trying not to hit the ship’s superstructure at “launch”.

Any further advice/info would be welcome. Please use the “Contact Us” form at the foot of the page to provide input, mentioning that it is about Mystery Photo 24.