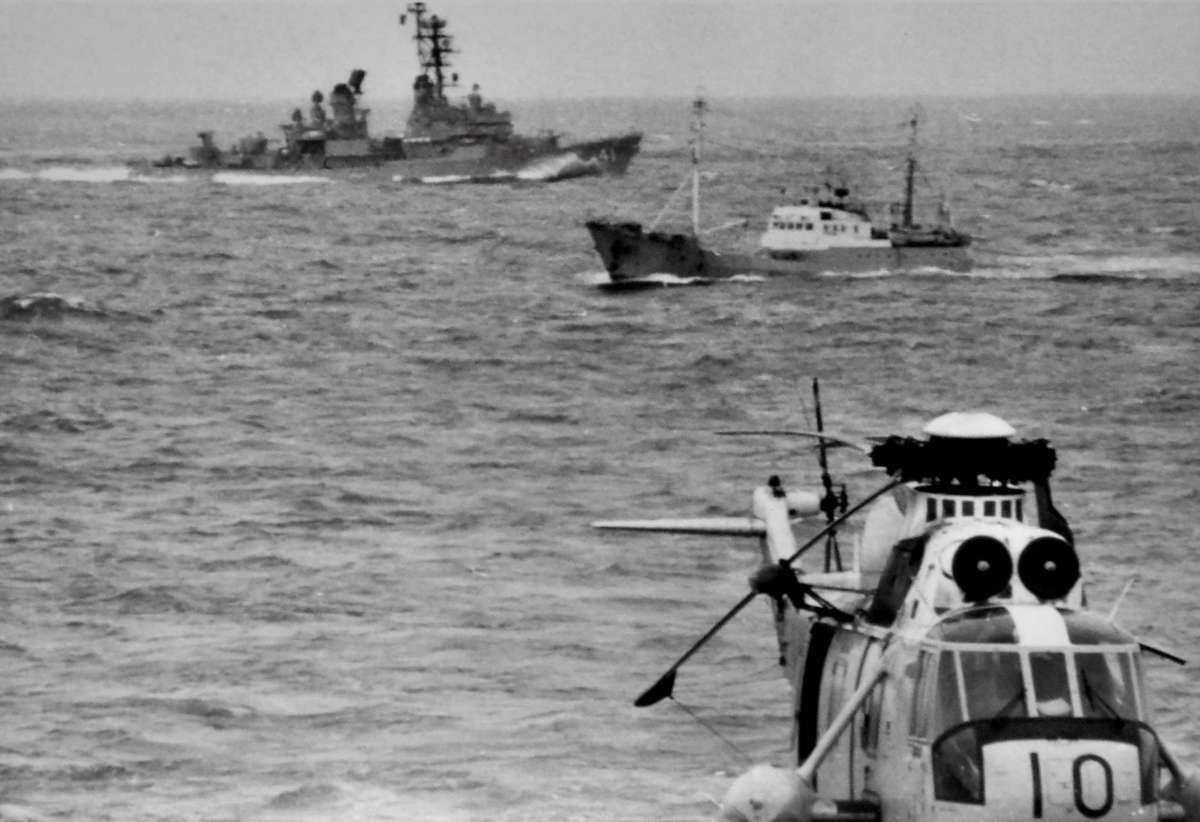 It was taken from the flight deck of HMAS Melbourne and shows two vessels (and a Sea King), and you were asked:

The image shows HMAS Brisbane, furthest from the camera.  She’s taking evasive action to avoid the Soviet AGI (spy ship) ‘Ekholot‘ which has cut across her bows to move astern of the carrier.

The photo was taken from Melbourne in July of 1977, when the ship was in international waters off the coast of Norway.  Both Melbourne and Brisbane were engaged in exercises with the Royal Navy, following the Queen’s Jubilee visit to the UK in that year.

‘Spy Ships’ such as the Ekholot were common during the cold war years, and invariably looked the same:  like a trawler. The array of aerials was a give-away feature, as can be seen in the close up below: