Mystery Photo No 6 was kindly supplied by Mr Trevor Rieck. The questions relating to the image were:

Nobody picked the correct answers.

Trevor supplied the following information.   The three people in the foreground are (L-R) Brian Vickery (Army officer, now living in Kingscliffe); Major Ahern and LCDR Don McLaren.   The Major was the very long standing Army Liaison Officer aboard HMAS Sydney – apparently he served well over ten years on the ship.   LCDR McLaren was the Flight Commander of the two embarked Wessex 31A helicopters aboard.

The two sailors in the centre background have not been identified, although the one on the right could be PO Brian Melville, an Aircraft Handler.

The ship is HMAS Sydney and it was transiting through the Sundra Straits enroute to Vietnam with 9 RAR out of Adelaide in October 1968. 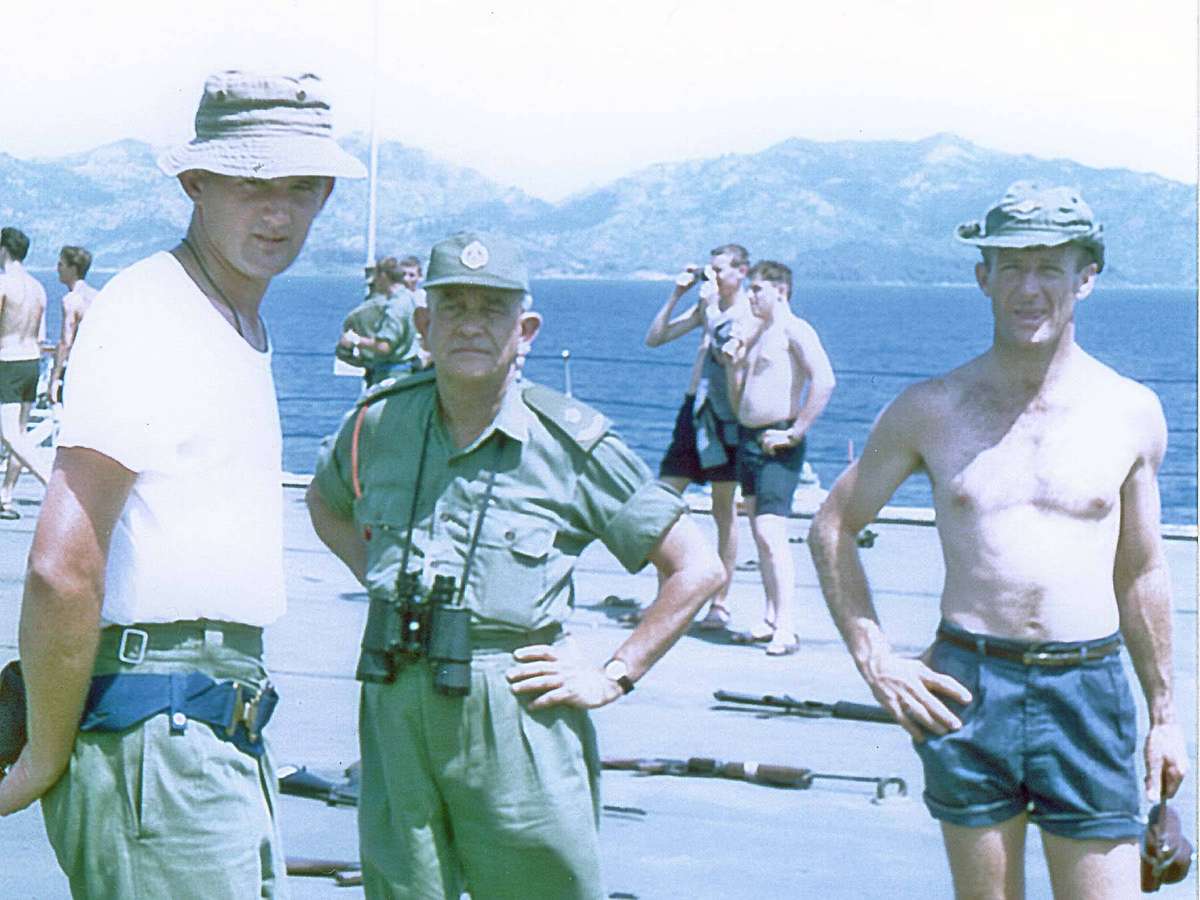