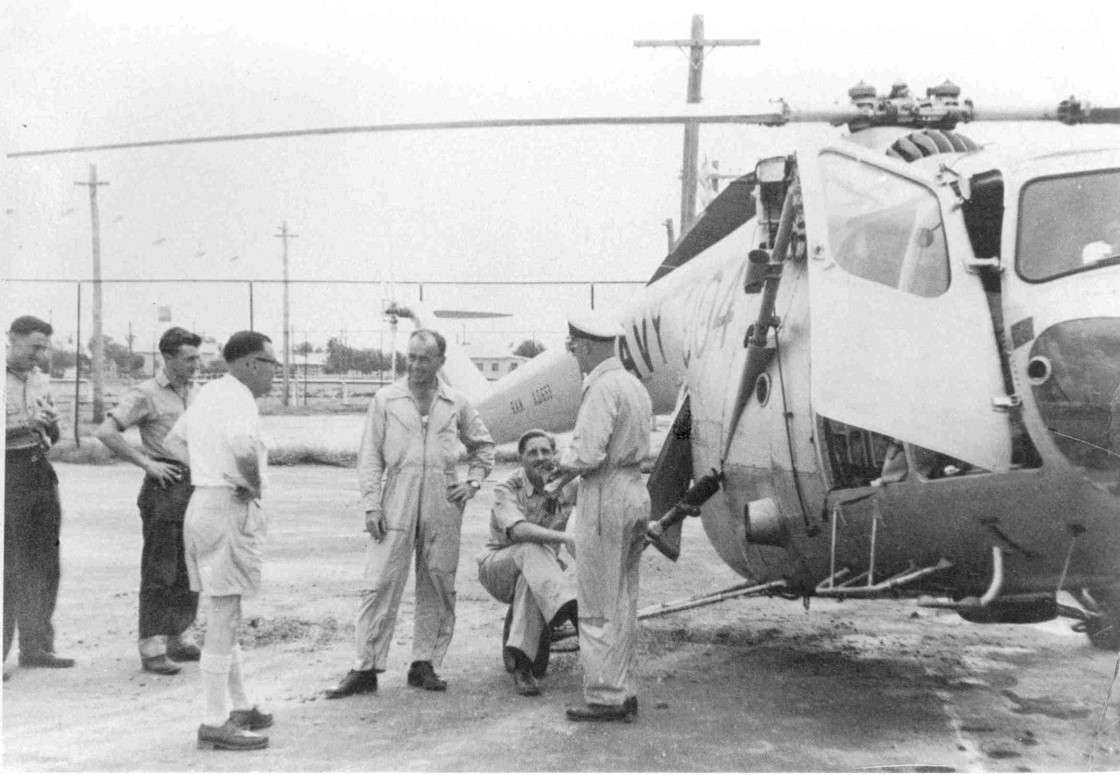 In his accompanying text to the photograph above, John Ahern wrote:

“Here is a photo taken during the Maitland floods showing (L to R), the late Gordon (Pancho) Walter & myself.

Regrettably no info on the others. Sitting on the wheel is an RAAF officer who was with the Air Force Sikorsky which spent most of the time grounded with technical problems. We never did get to see it airborne.

After a few days operating out of Narrabri we were moved to the Walgett town centre using the tennis courts as a landing ground. When the emergency was over we flew from Walgett directly to Albatross with a few pauses hovering over small town schoolyards. It was early days as far as helicopter operations was concerned & it was good to see the kids emptying the buildings to get a close up view of something they had never seen before.” “The RAN sent helicopters during the Maitland floods in 1955. They covered quite a bit of the countryside, rescuing some 100 people (there was also a tragic crash) and they reached as far afield as Dubbo, Narrabri and Wee Waa as you will see from the photo (opposite) taken at Narrabri with the GG Sir William Slim and the NSW Police Commissioner, which includes the same helicopter. The fellow wearing the Mae West looks like the one sitting the helicopter wheel in the Mystery Photo.”

Accordingly, the Mystery Photograph is therefore of RAN Sycamore Helicopter side number 904 (XA653) which at the time was deployed at Walgett in support of flood relief operations.  The exact date it was taken is not known but is likely to have been in the week commencing Monday 7 March 1955.  Only two of the five people in the photo have been identified:  Gordon Walter and John Ahern (on the LHS of the shot).

John also provided the following information, which is a number of news clippings regarding the Narrabri floods. Source unknown but we think it was printed in the Sydney Morning Herald. 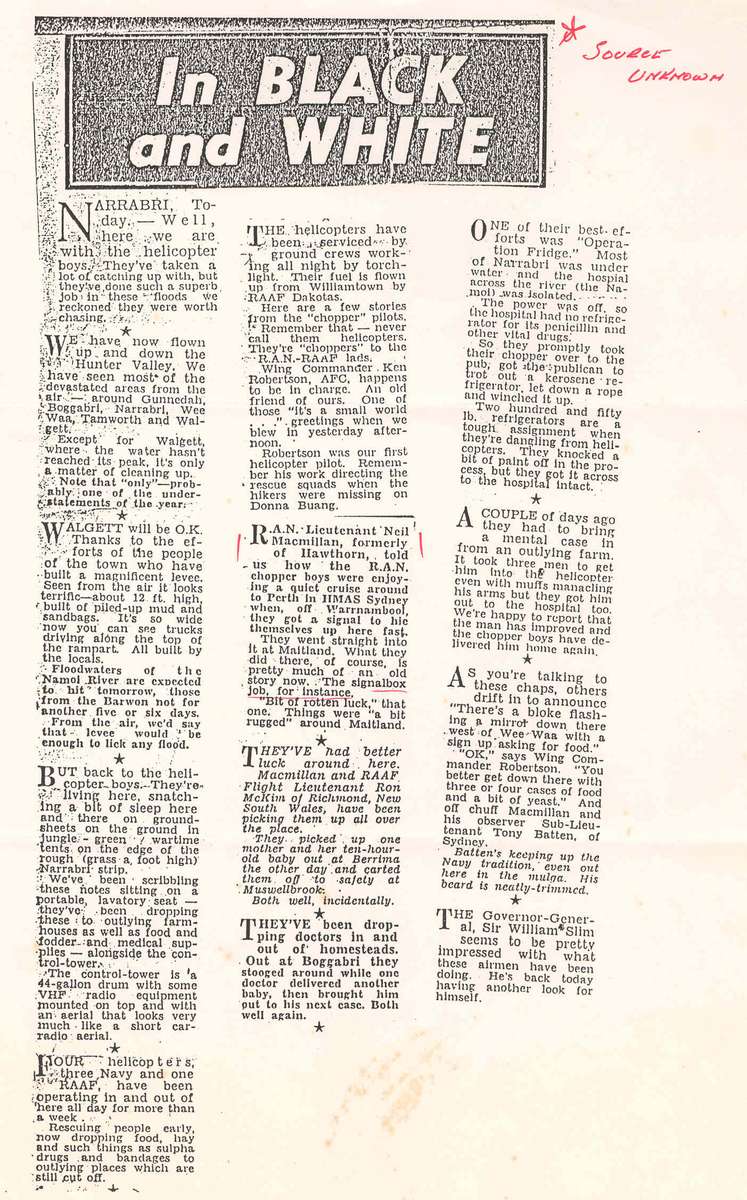 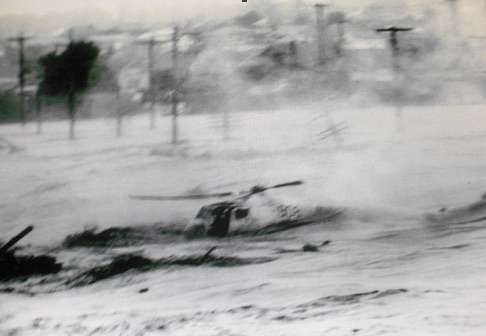 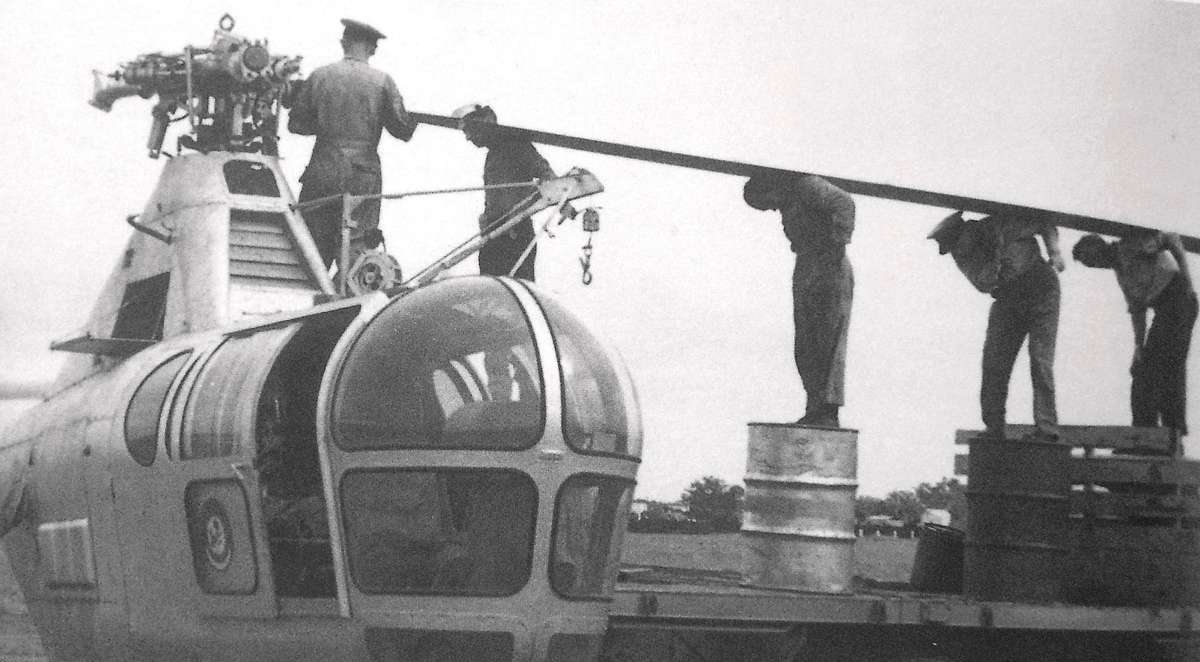