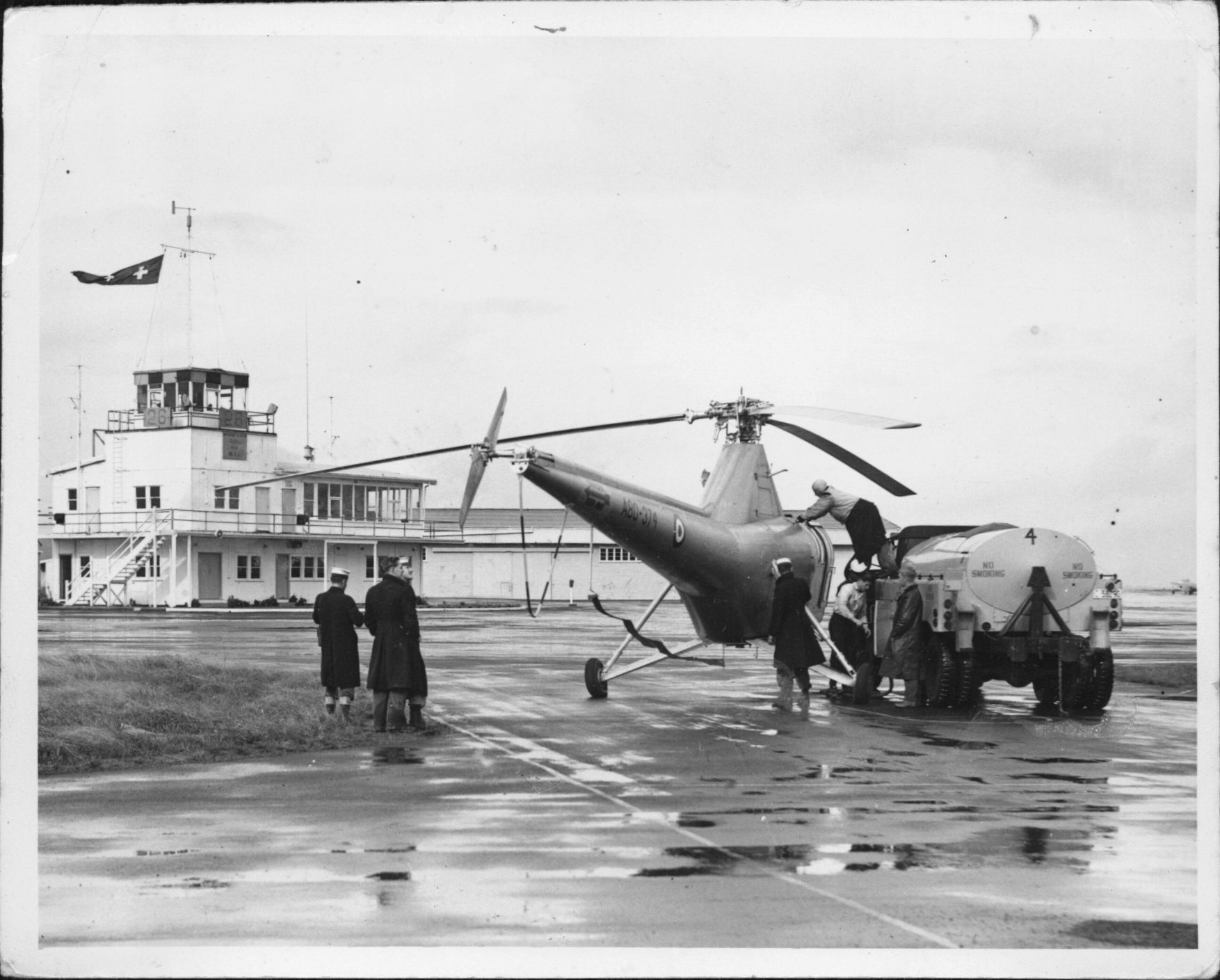 Mystery Photo No. 8 was of a helicopter refuelling at NAS Nowra in the early 1950s.  The questions were:

SpazSinbad [aka Phil Thompson] was very quick in providing the correct answers (although he didn’t know the names and dates of birth of the sailors in the image).  Here they are: