Mystery Photograph No 14 was kindly supplied by Phil Thompson 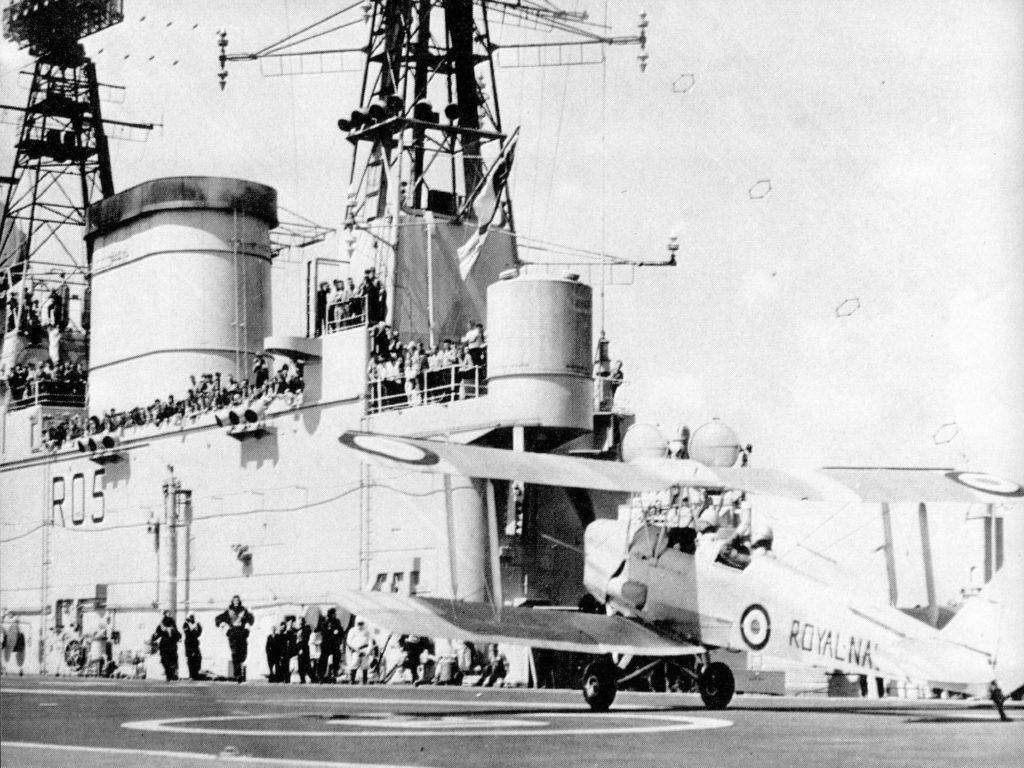 The above photograph shows a small RN biplane landing on an aircraft carrier.  Can you tell:

The (almost) correct answer was again supplied by Ken Vote, who got everything pretty much right except the date.

The answer is best told by Andy Craig, one of the pilots aboard the aircraft:

“On 01 July 1964 three Tiger Moths from Britannia Flight (attached to Britannia Royal Naval College) flew from their base at Roborough (Plymouth) and landed on board HMS EAGLE – the ship was working up in the English Channel. Three staff pilots and three of us Sub Lieutenants who had PPLs formed the crews. There were two RAN officers in the group – I was one and John Hazell (who later became a gunnery officer and paid off as a LCDR) was the other.

A great day. The wires were unrigged, 20 knots of wind over the deck and the Tigers approached at 45 knots. It was almost a hovering touch down. As soon as the wheels hit the deck two handlers raced in from either side and grabbed the wing tips – the Tigers had no brakes. Take off was entirely straightforward – line up on the axial deck from about six spot, two handlers hanging onto the wings, full power, handlers let go and we were airborne by about the island.

EAGLE had just finished a major re-fit and, as we were the first fixed wing aircraft to land on, we got the traditional cake – to the chagrin of the Buccaneer and Sea Vixen squadrons.

One of the staff pilots was (then) LCDR Lyn Middleton who later commanded HERMES in the Falklands war.

It was a special occasion on about five levels but I suspect we were the last biplanes to land on an RN Carrier.

The story can also be read in the excerpt from the BRNC magazine of the day, which can be found here. Andy Craig also supplied the following photographs in response to the Mystery Photo:

Picture 1[Below]: On short finals to Eagle. (Image courtesy of Andrew Craig). 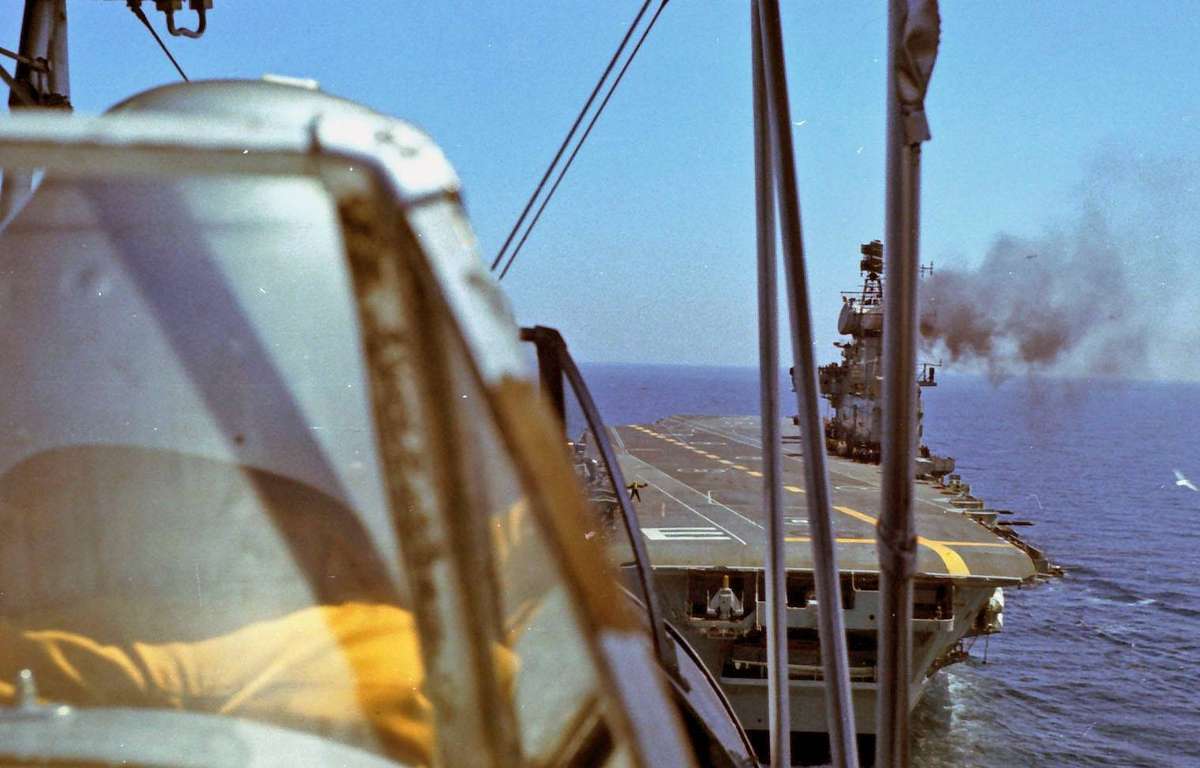 Picture 2 {Below]: The Britannia Flight Tiger Moths back at Roborough with the big ‘E’ on the rudder to signify the Eagle deck landing – the Flight were very proud of the symbol and kept it there for as long as possible. (Image courtesy of Andrew Craig). 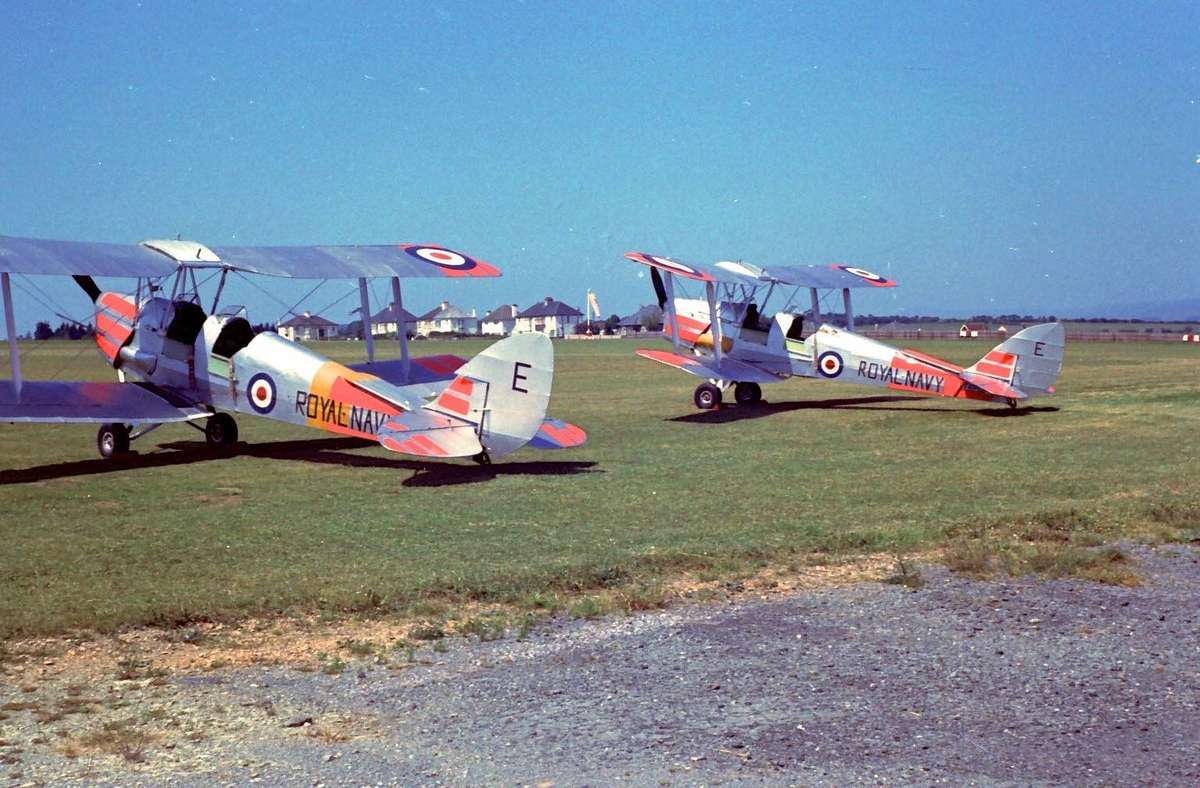