Mystery Photo No. 17 was sourced from RAN files. 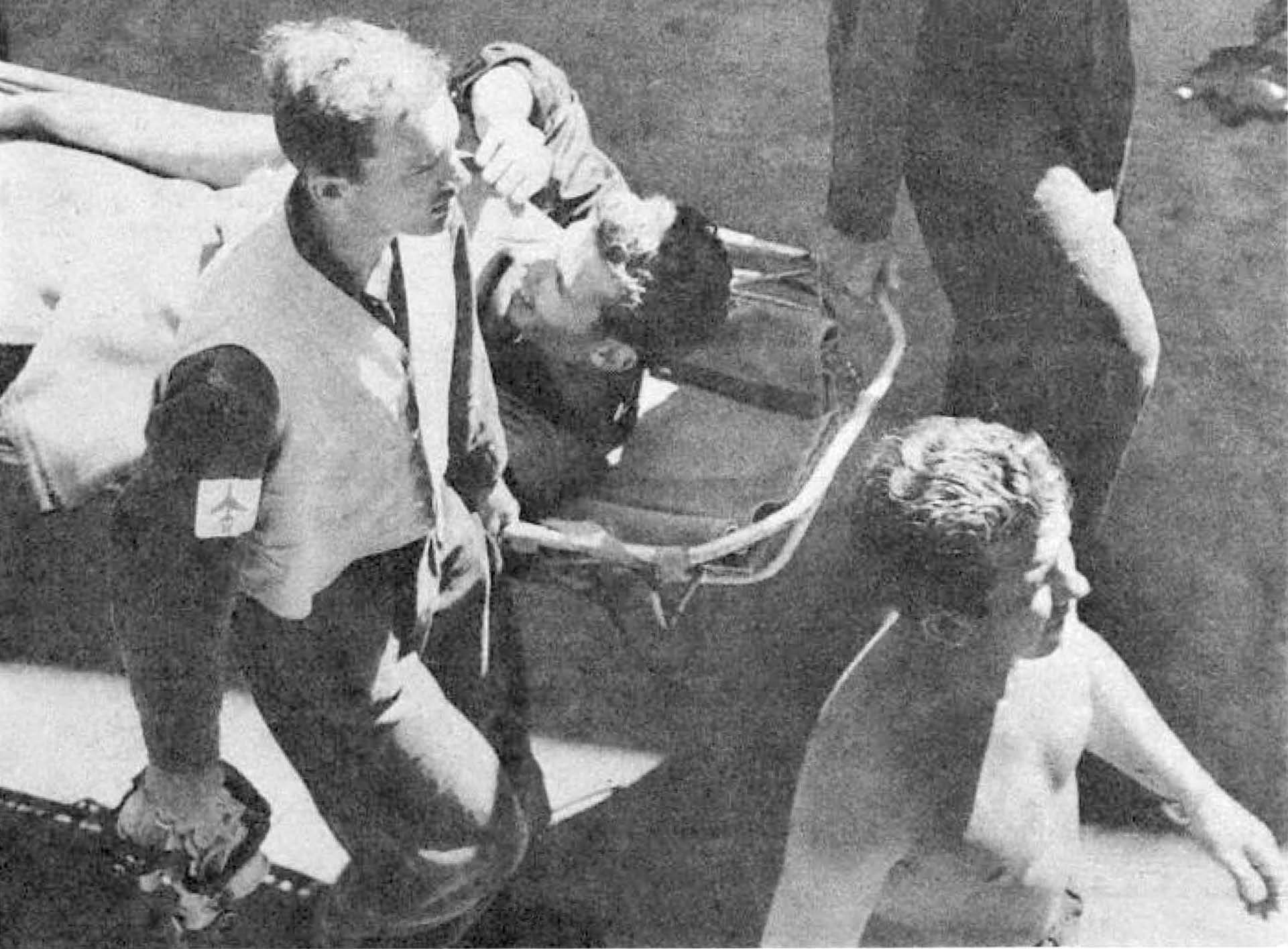 It showed an RAN sailor being carried by Naval Airmen in a stretcher aboard HMAS Melbourne.  Readers were asked:

The sailor in the stretcher is Naval Airman (Aircraft Handler) Phillip MacNevin who had been plucked from the sea only a few minutes before the image was taken.

He had been standing near the edge of the Flight Deck of HMAS Melbourne when he fell overboard.  His departure was witnessed by people on the Flight Deck as well as by LEUT Leonard Kenderdine who was on the quarterdeck.  The alarm was immediately raised and a Wessex was launched  to rescue him, unharmed.  The Wessex was from 817 Squadron and piloted by LEUT Dave Weyland.  The date was early 1970.

The correct answer to this Mystery Photo was furnished by Mike (Nipper) Doyle who now resides in the ACT and Richard Kenderdine (the son of Len) from Bowral in the Southern Highlands.

Mike Doyle reports that NAM MacNevin was working around six spot when a starter hose came adrift and he leaped out of the way, only to lose his balance and fall over the side.  The pilot of the Wessex immediately launched, apparently with his engine panels still open, and effected a rescue before the ship’s boat reached him.   MacNevin was unhurt and after a short spell in sick bay was returned to 4C starboard mess deck.

The incident, with slight variation in detail, was reported in the Navy News of April 17, 1970 (article via Phil Thompson). 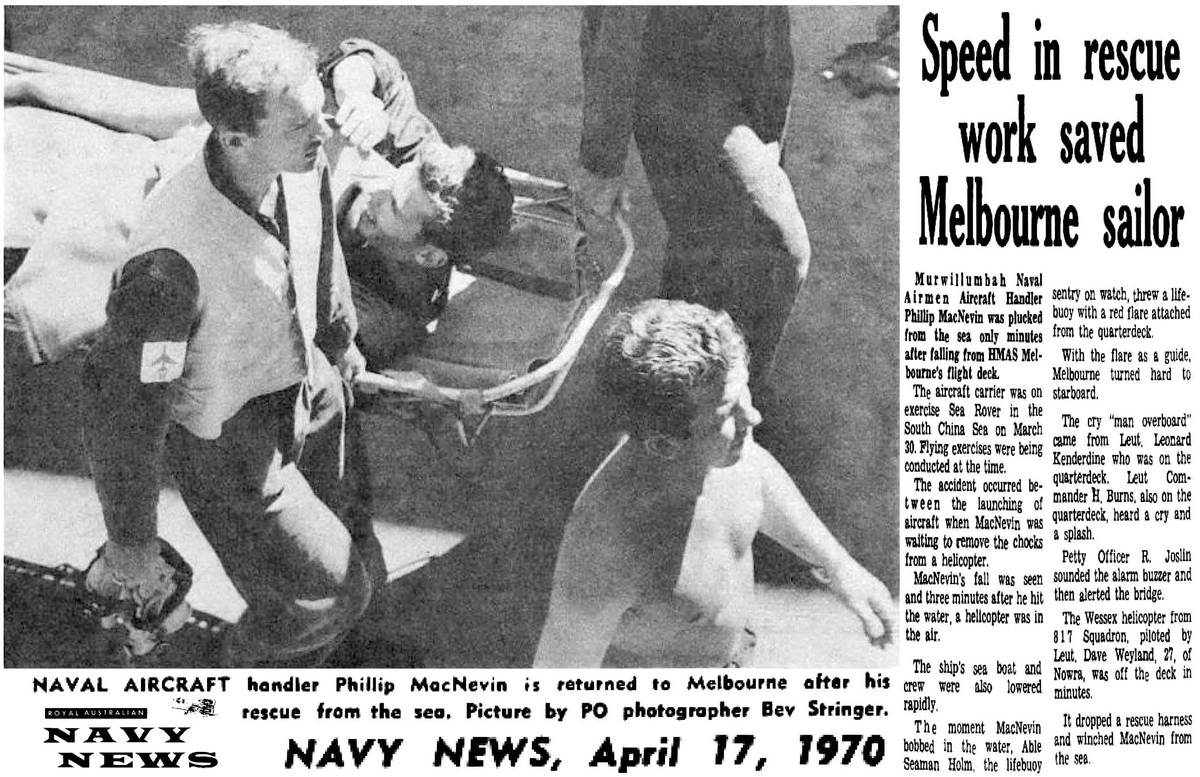 We were also contacted by ex-EMAC Ray Phillips as follows:

“I was present during that incident. We were launching a winch-equipped SAR Wessex from number six spot on HMAS Melbourne. Six spot was a long way from the starter-air outlet and so needed an extended air hose with a join in it. The join was just a copper sleeve held in place by wraps of a few turns of copper wire. A number of us ground crew were standing in the nets off the starboard side. When the pilot initiated engine start, the rush of air down the hose caused it to come apart at the join. Those of us in the nets watched in horror as Newton’s laws of motion came into play and the end of the hose arced towards us. Most of us ducked under the overhanging flight deck but one poor individual took the 40 foot drop to the water below.
The pilot started the engine via the on-board high-pressure air, the faulty hose was disconnected and the pilot took off out of the chocks, with the inspection doors open and winched up the unfortunate.”