Mystery Photo 20, and the others below it, really were mystery photos as we didn’t know the answer. They showed Wessex 821 some time between early 1968 and late 1969 with a device fitted just forward of the port cabin windows – a square array resembling some form of lights or sensors.  The question asked of our readers was:  “What is the purpose of that device?” 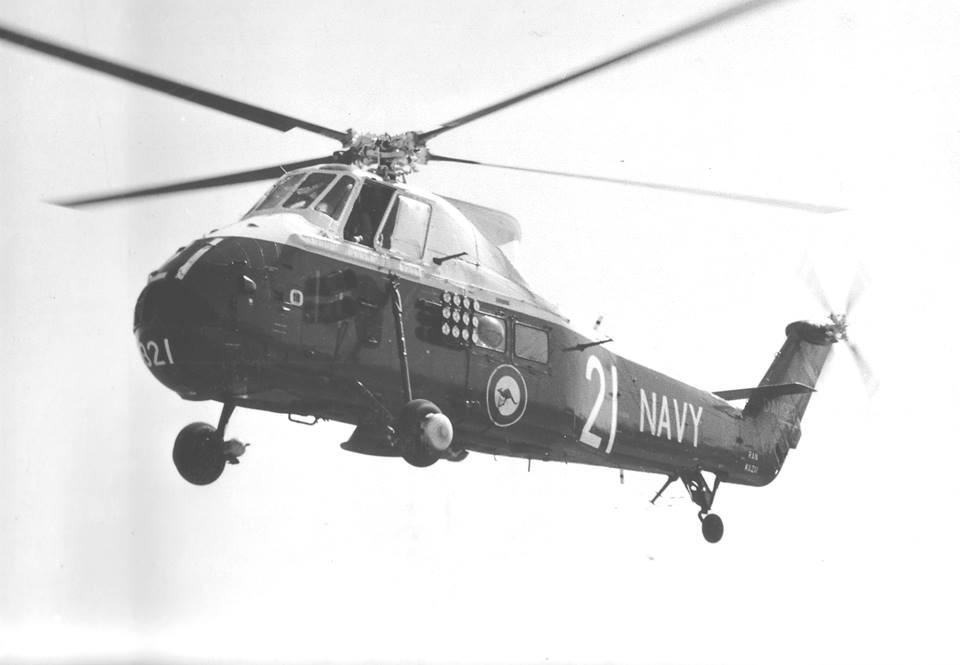 The Array does not appear in any of our early photos of 821 (when she was still an ‘A’ model).  The conversion to ‘B’ models occurred during 1968, but this aircraft ditched in November of the following year, so the timeframe for the Array fitting was most likely relatively short – i.e. some period during 68/69.

Graham Pring provided another image of 821, taken during Navy Week in 1968 (so that helps pin down the timeframe).  Interestingly, it shows a square sensor/antenna on the cockpit roof.

The photograph below shows 821 again with a different view of the Array (Photo courtesy of “Friends of the Wessex 31” website).  Regrettably the pilot in the photo (Bob Giffen) is no longer alive.

After many weeks of guessing and speculation, Tiny Warren solved the mystery by finding an extract from the Squadron Diary for that period, as follows:

2. Tue 15 Oct 68 . Mr Jones and Mr Deering arrived to fit lights on the side of some Wessex, for EXDAK trials later on.

6. Thu 13 Nov 69. Wessex 821 ditched while conducting mail/ stores transfer. Aircraft remained afloat for 1.5 hrs before sinking, all aircrew escaped uninjured and were picked up by ship.

8. The ” black rectangular box” on the cabin between the o’head greenhouse windows is the HUDAT antenna.

If you have any other views or information please use the ‘Contact Us’ form at the foot of this page.