Mystery Photo 25 shows a group of reprobates in front of a Wessex. 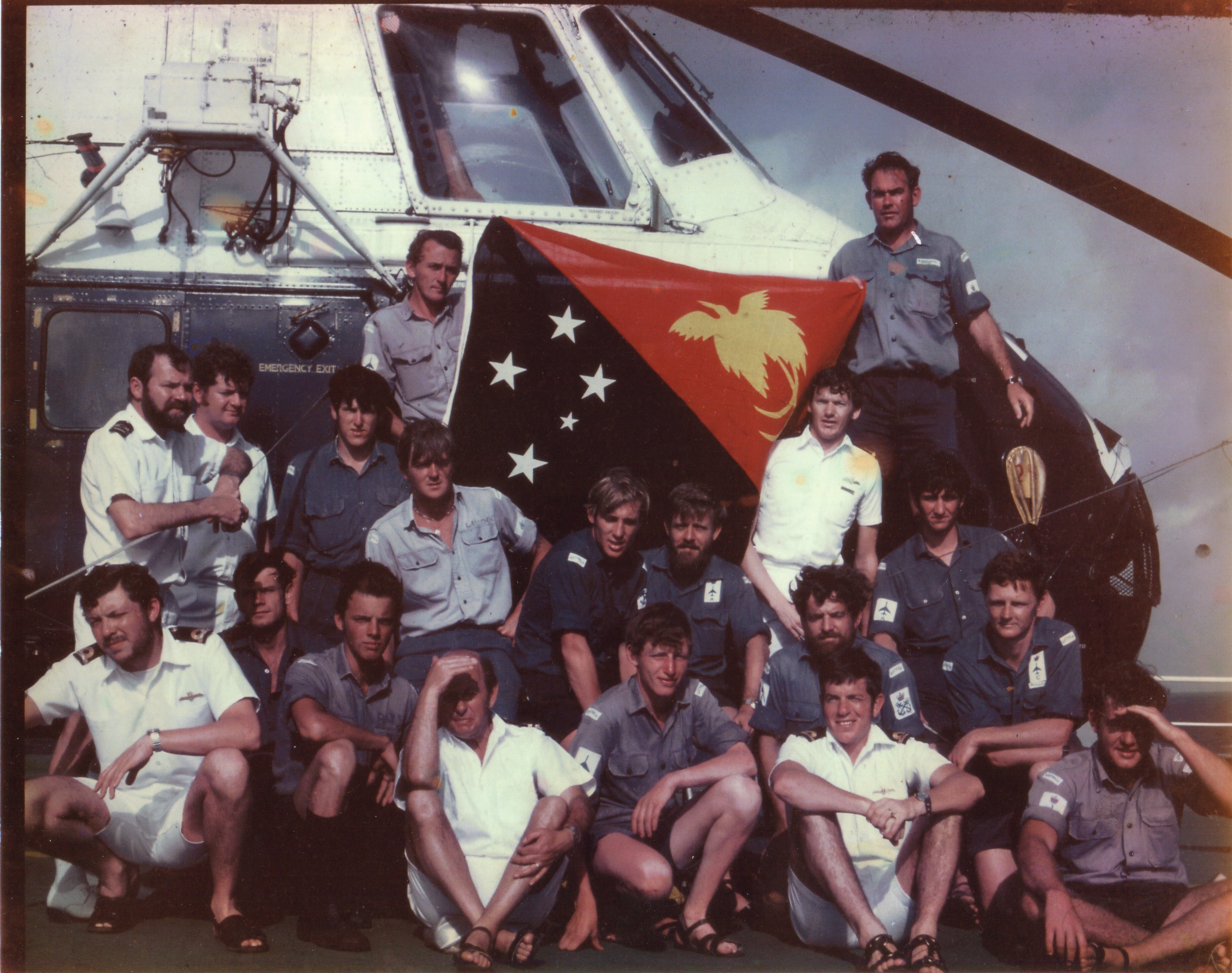 Can you tell the webmaster:

We had responses from Phil Thompson, Greg Lanigan, Geoff Ledger and Ken Vote.

Not surprisingly, Geoff Ledger got closest to the solution, as he was there!  He correctly identified the event as a trip to PNG during their independence celebrations in September 1975.  There were two Wessex embarked in HMAS Stalwart, with HMAS Parramatta in company. The ships were anchored in Port Moresby harbour for about 8 days whist the Independence activities where being held. There were several flights of VIP’s around part of Moresby – one in particular was defence Minister Morrison and his wife.

Putting names to faces was a bit more tricky, both from the point of view of fading memories and because the group were scattered.  The figure below gives the location of folk and the numbers their names, as best we can remember (again, Geoff Ledger identified most of them): 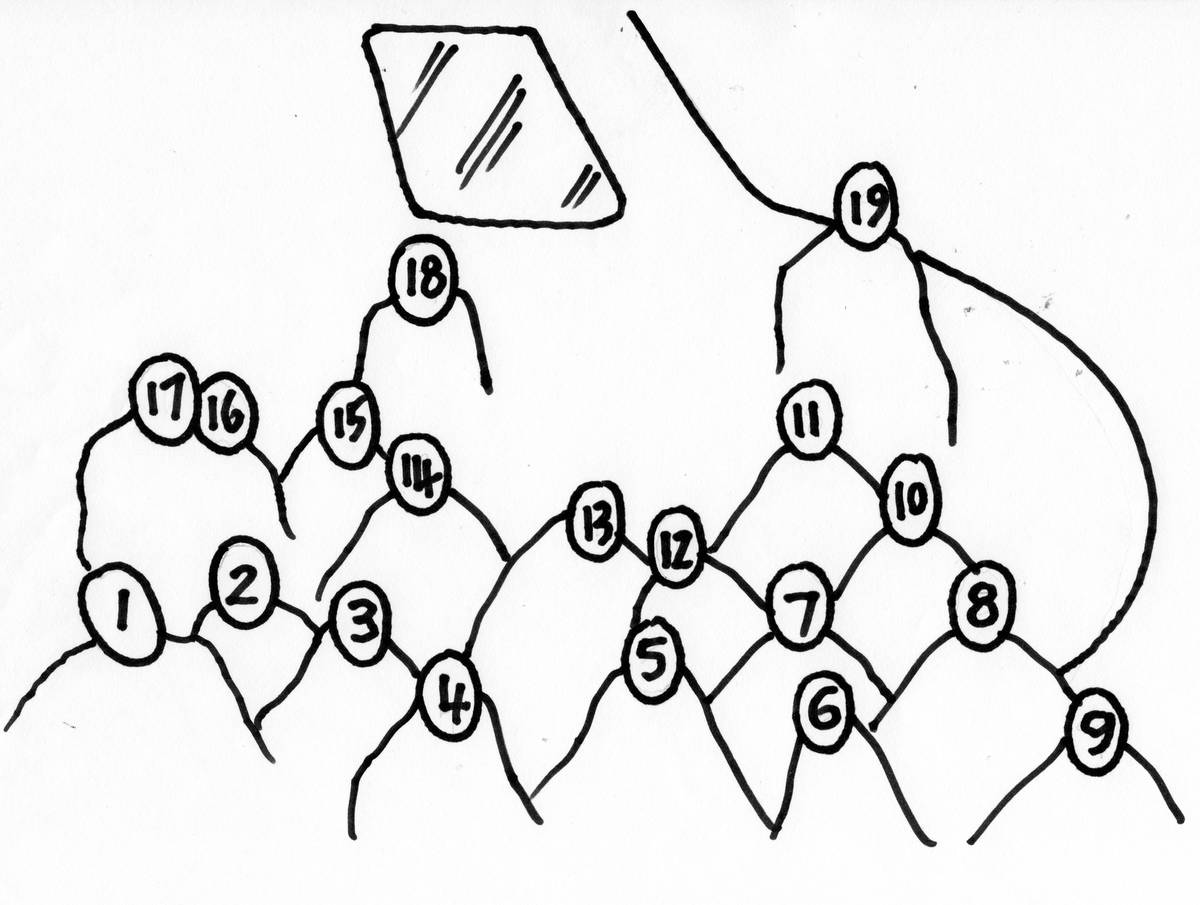 If anyone thinks the above is incorrect we would love to hear from you…use the “Contact Us’ form below.