Mystery Photo number 26 is for the history buffs!  It was submitted by Graham Spencer of WA Division.

It shows an old Paddle Steamer shortly after her launch.  The Weekend West of 26 October 1895 reported:

“The workhorse of the river in this image is the paddle steamer xxxx. She is towing barges up-river, probably from Fremantle.  ‘A new paddle boat, built on the lines of those generally adapted to the river harbour trade, was launched yesterday afternoon by the Swan River Shipping Company,’ The Daily News, The West Australian’s sister paper, reported. ‘The little craft was built to the order of this Company by Messrs. W. and S. Lawrence, and her appearance, as she stood ready for launching yesterday, was a very creditable one. The ceremony of christening passed off with much elat. Lady Forrest had been asked to perform the pleasing ceremony and a large number of prominent citizens attended…As the vessel stood in the slip, her lines were generally much admired, and on being dispatched with the customary crack of a bottle of champagne over the bow, glided gracefully into the water amidst cheers…The Messrs. Lawrence are responsible for the fact that the craft is essentially Western Australian. The timber is jarrah and the engines of colonial manufacture.  Her lines are superior to any build built in the colony, and strength has been combined with a smart and trim appearance.'”  [Rod Moran: ‘The Way We Were‘] 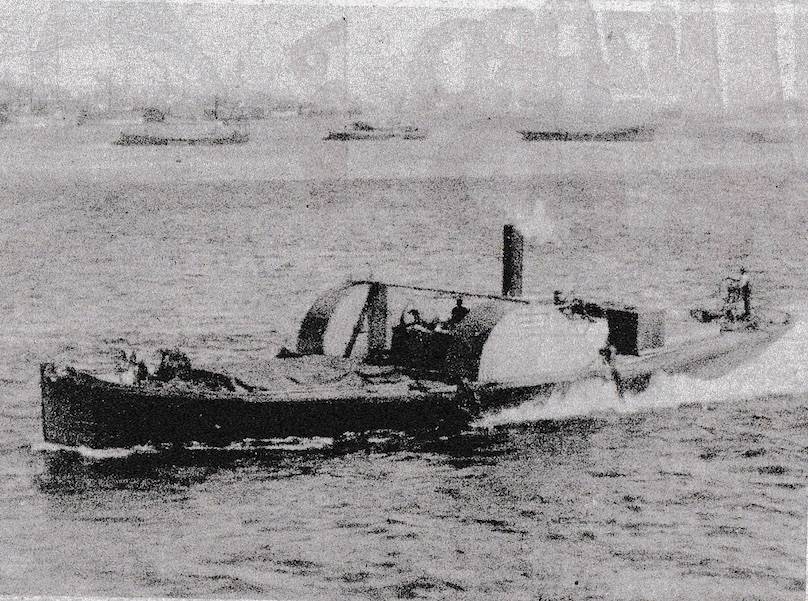 Can you hazard a guess at the Name of this Vessel?   Here’s a clue: it had the same name as an RAN establishment commissioned some fifty years later that was originally intended to be a second Air Station in Australia.

Use the ‘Contact Us’ form below to submit your answer.