Mystery Photograph No. 29 was kindly provided by Phil Thompson, and is in keeping with the Centenary of RAN Naval Embarked operations theme.   It showed a vessel, clearly of the last century, with an aircraft on a makeshift ramp still being worked on.

For a gold star and a mention in dispatches, we asked if you could advise:

Mr Kim Dunstan was the first correct answer, when he identified HMS Hibernia on 02 May 1912, with a Short S27 floatplane embarked.  This was the first occasion that an aircraft took off from a ship underway, and it occurred off Portland Harbour in the UK, with the vessel doing about 10 knots.

The pilot was reported to be CMDR Charles Sampson, who was a few years later to fly the Sopwith Baby carried by HMAS Brisbane – an event that marked the very beginning of embarked aircraft operations off an RAN vessel. 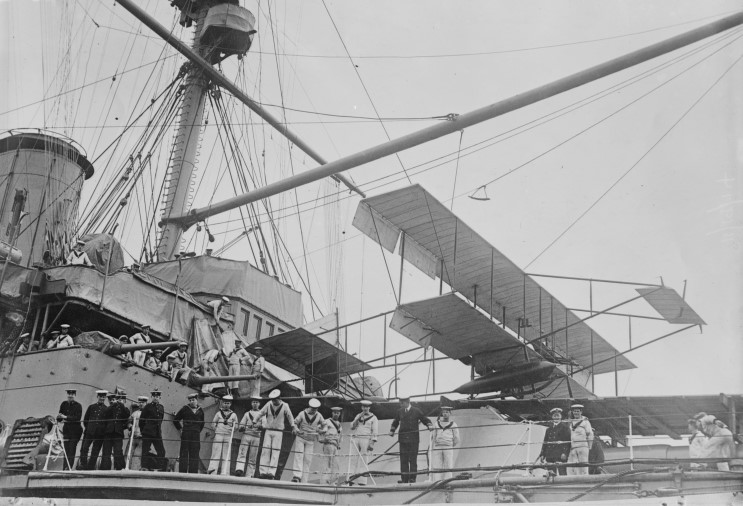 Above and Below: Hibernia’s aircraft.  Unknown source 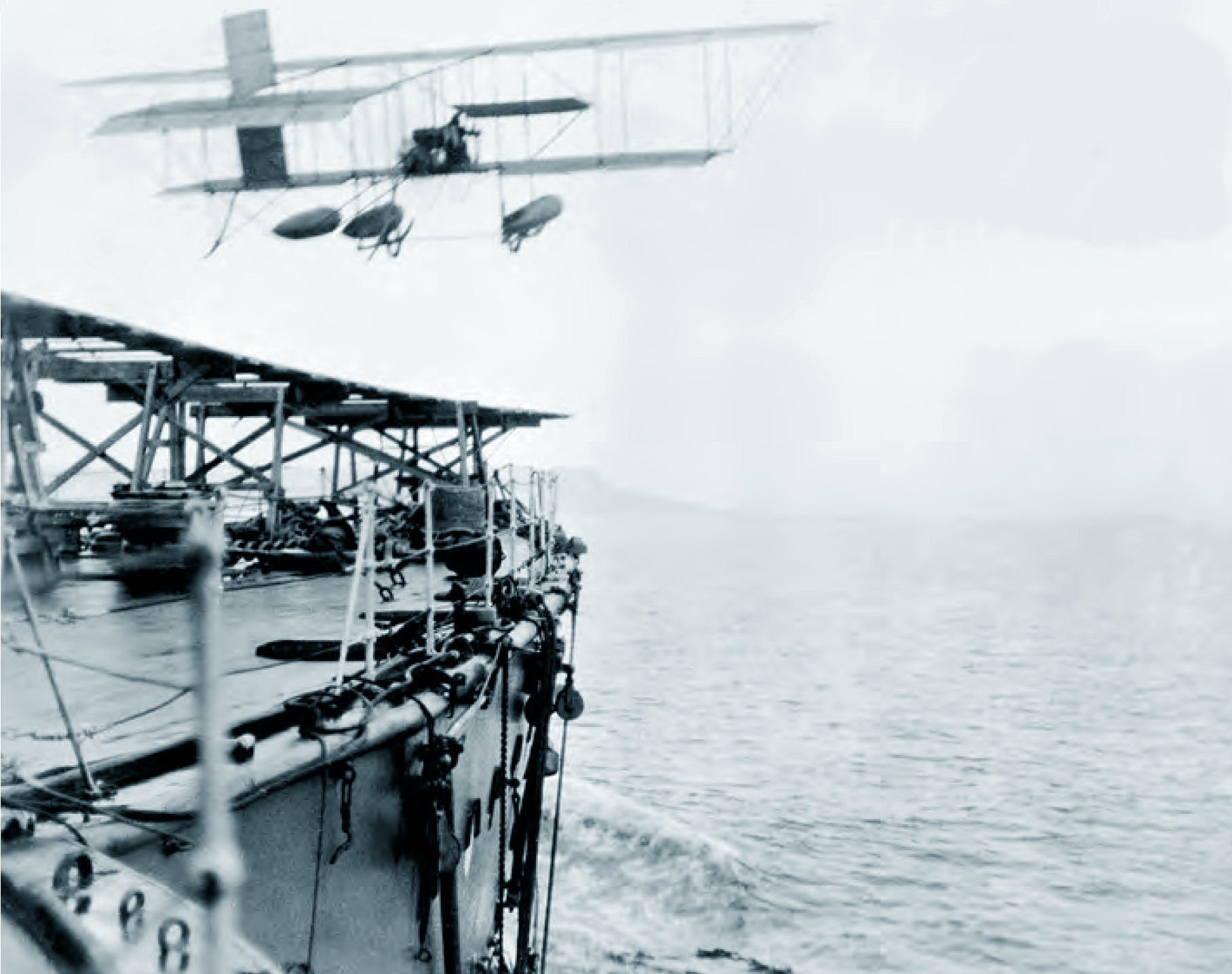 Whilst Hibernia’s launch was the first from a ship underway, it wasn’t the first from a stationery ship.  That honour fell to the legendary and colourful Eugine Ely, who flew a Curtiss Pusher biplane off the deck of USS Birmingham some 18 months earlier (on 14 Nov 1910).  Ely also did the first ever landing aboard a (stationery) warship, using a makeshift cable arrester and bicycle inner tubes as a life vest.  He was killed not long after in a civilian flying accident, with a tragic twist.  You can read that story here.