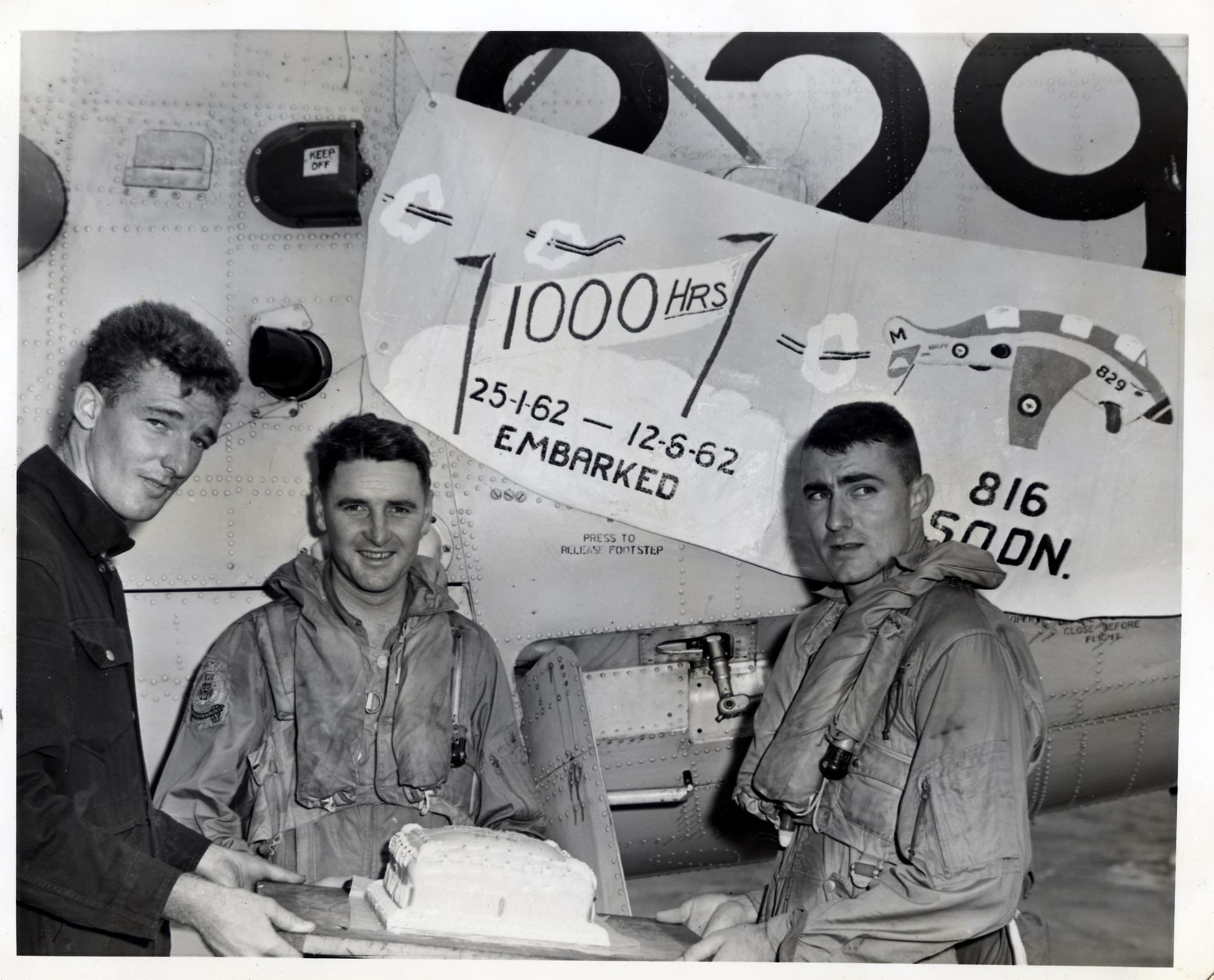 The photograph was taken on the flight deck of HMAS Melbourne to mark 1000 hours of embarked flying for 816 Squadron on 12 June 1962.  The people within it are (L to R) Frank Smith (Maintainer, rank unknown);  LCDR Ken Barnett, CO of 816 and SBLT Anthony (Peter) Adams.

The photograph was supplied by Ron Marsh and Peter Adams.

Peter Adams, who features in the photo, was able to confirm the details of the occasion and provide an amusing twist to the tale.

SBLT Adams was not supposed to be in it, as the aircraft programme had been arranged to allow the CO to complete the 1000th hour – however, due to unforeseen circumstances (a bolter or wave off) he actually completed the magic figure and was therefore included as part of the ceremony.  He was not a popular Sub for stealing the CO’s thunder.