It showed a Wessex 31A flying over what appears to be an explosion, and readers were asked to venture: 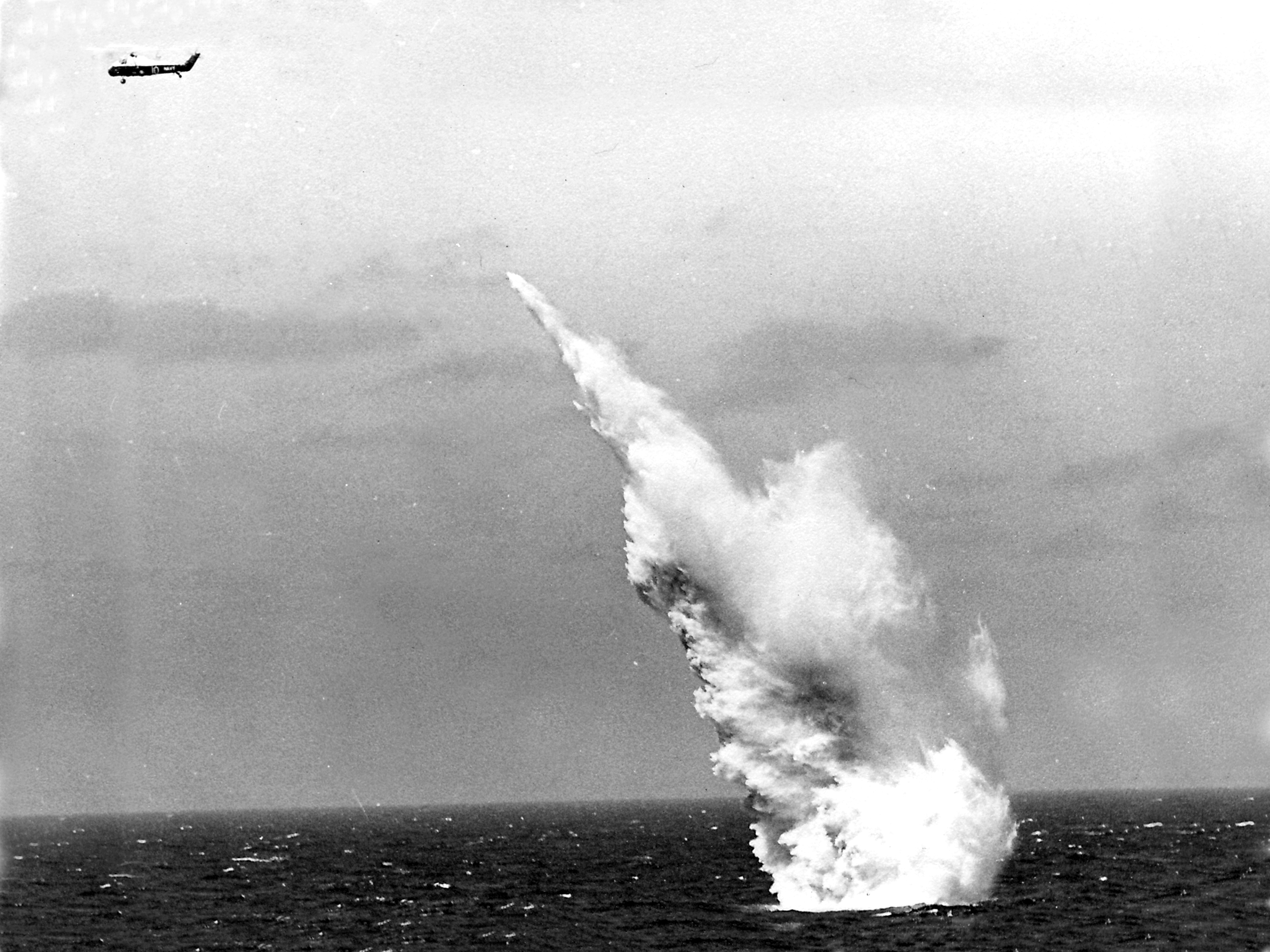 We received a couple of correct responses:  John ‘Bomber’ Brown of WA Div suggested it was Wessex 810 scaring fish by use of a Depth Charge.  He went on to say:

‘…as far as I can remember they were usually done for demonstration at “Shop Windows” – displays for other Service/Country Senior personnel. I myself did a couple, the most memorable during “shop Window” off Indonesia on 14/4/72. Observers on the deck of the “War Canoe” reckoned the column of water did actually reach the tail.

The drop was not below (if memory serves correctly) 1000′, you can see the reason by looking at the topmost finger of the explosion!!! The technique involved watching the “target” disappear behind the instrument panel glare shield, count to 5 slowly and drop.’

Jim Buchanan also provided an answer, recalling that depth charges were aimed at a splash target towed by Melbourne.

It was indeed a Depth Charge, being deployed by Trevor Rieck on the way back from Vietnam in 1968.   The Wessex Flight manual specified weapon release parameters as from 40kts to max IAS from 500 to 700 feet. (Non operational drops were not to be made below 700 ft).  A copy of the requisite page in the Flight Manual is shown left, for Wessex nuts.

Phil Thompson (aka ‘Spaz Sinbad’) provided the following photograph from the HS817 Squadron diary, featuring LCDR Don McLaren and showing the weapon on the aircraft. A similar photo without the insert was provided by Trevor Rieck. 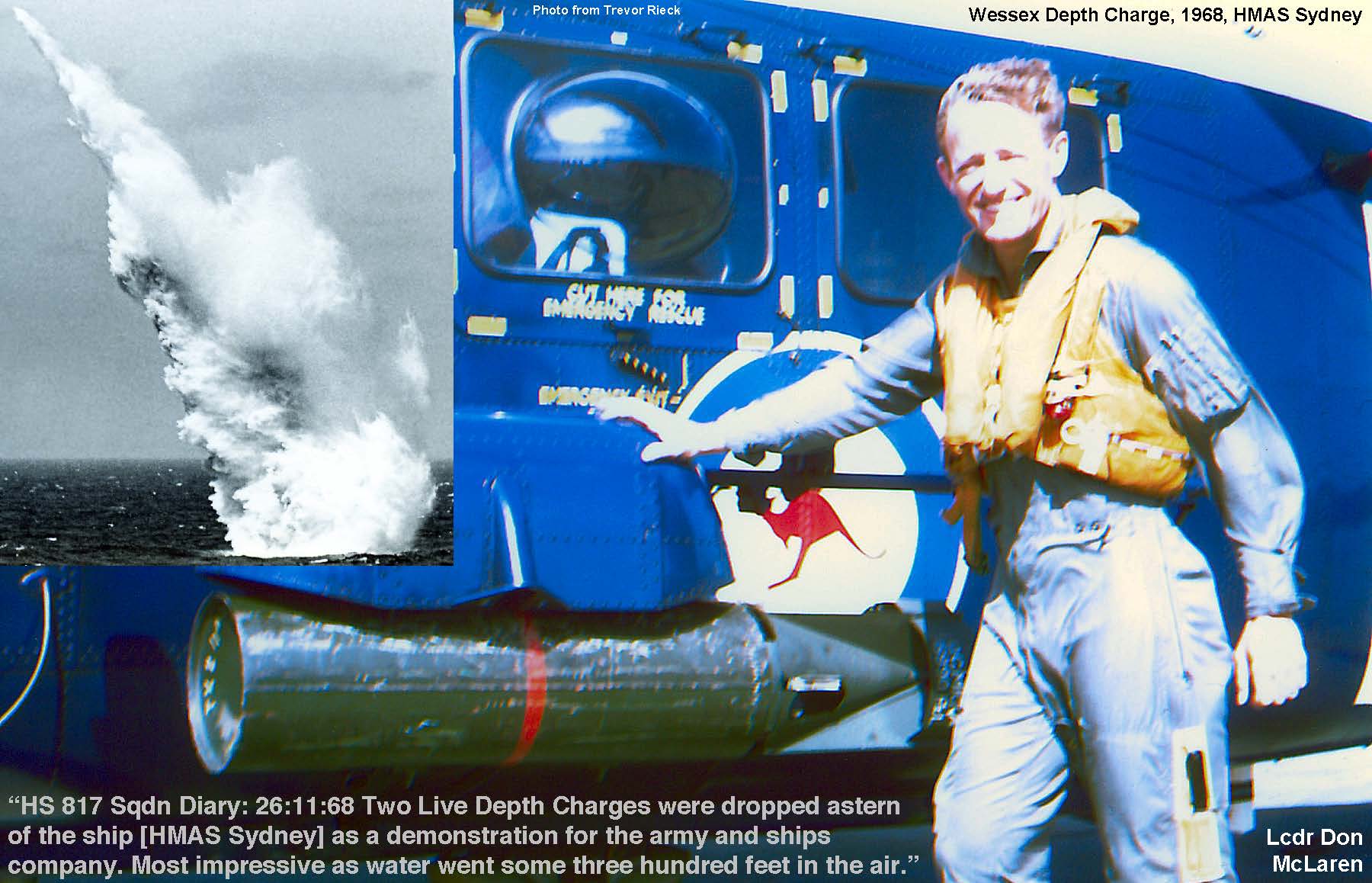 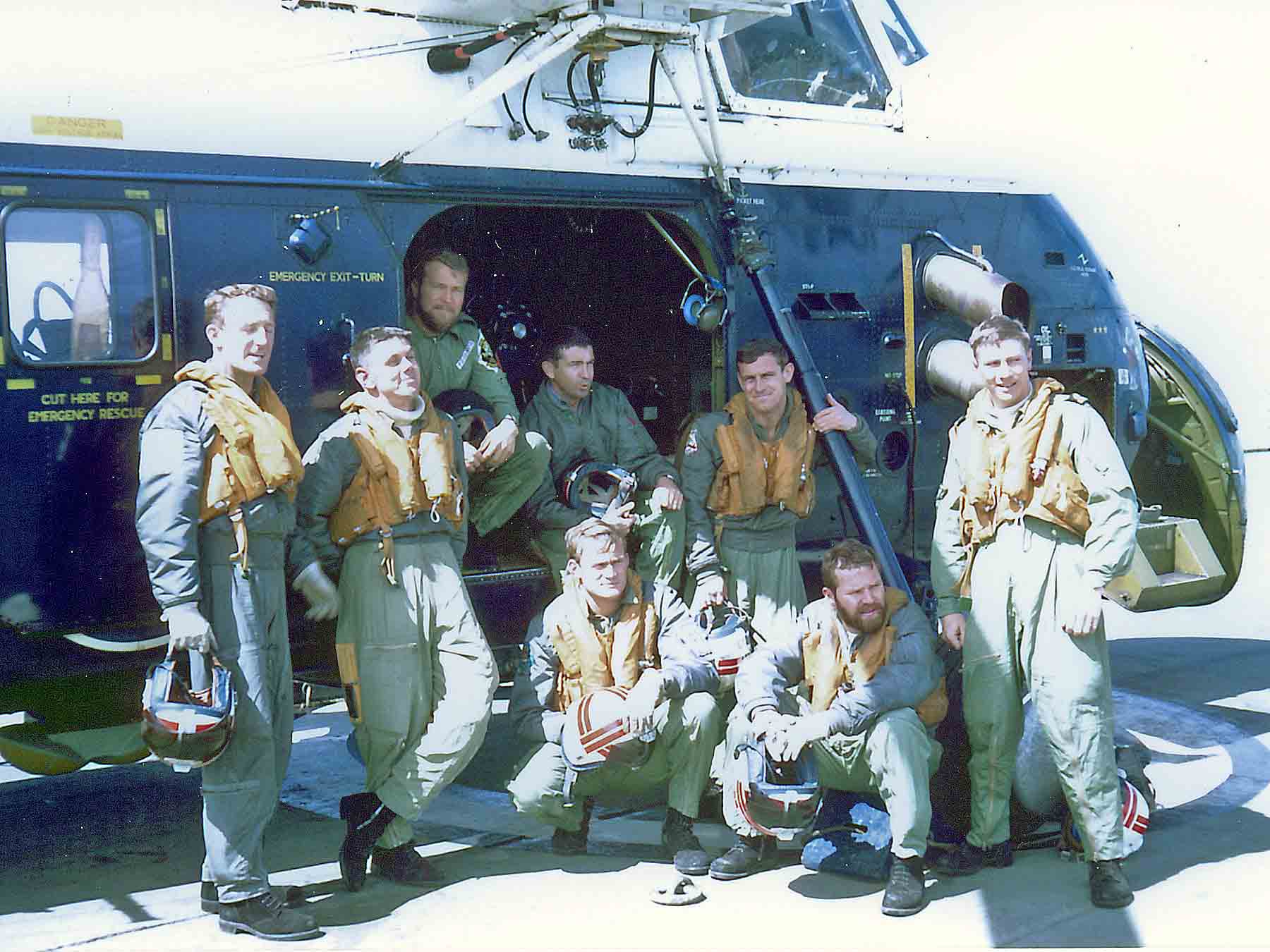