Mystery Photo No. 38 was of three individuals, each holding a trophy.  It was kindly provided by Phil Thompson. 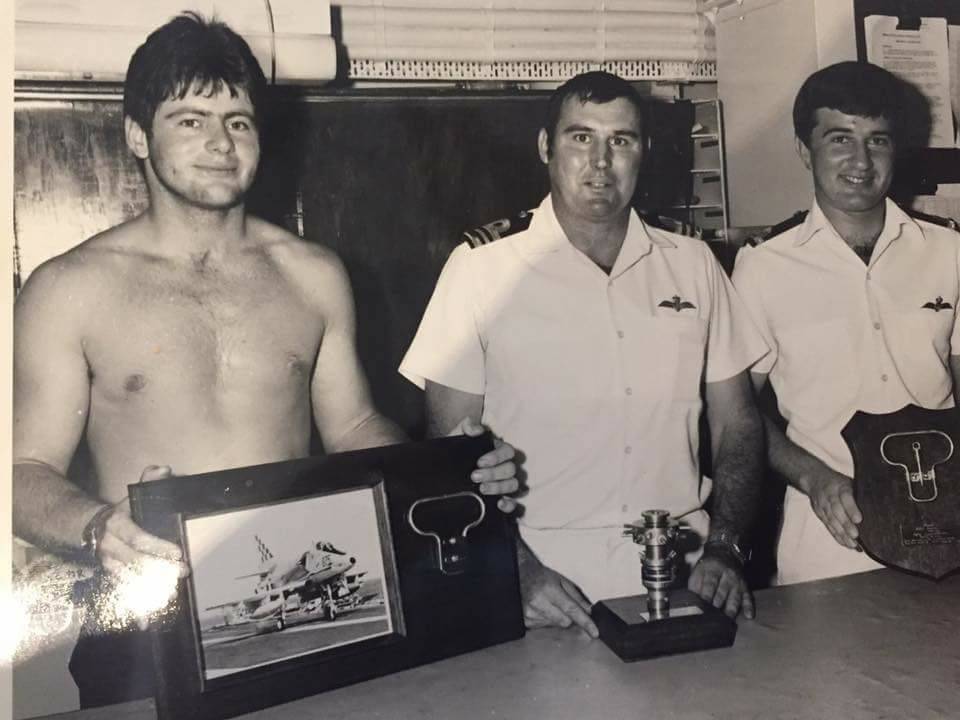 The questions were simple:   What are their names and what did they have in common?

We had a few folk respond. Most got the names of the two officers right, but were off the mark with the sailor on the left.

There was a consensus that it was something to do with A4 ejections, which was correct. Vince Di Pietro’s answer was the closest, so he gets a gold star and the rest of the day off.

The individuals from right to left are ASLT David Baddams, LCDR Clive Blennerhassett and ABSE Ralf Ralston. Absent from the picture is Rick Newman, the SAR Diver who attended the ditchings.

Both pilots ejected from their respective A4s either during or just after a catapult launch from HMAS Melbourne in October 1980, and ABSE Ralston was the bang seat boss in 805 Squadron who would have had a high degree of satisfaction that the ejection seats under his charge performed as advertised.

Our website page on David Baddams’ ejection can be found here. It includes a short article on the event by the pilot of the SAR helicopter and an even shorter video of the ejection.

Details of Clive Blennerhassett’s mishap can be seen here, which includes a Touchdown article on the ejection.