Mystery Photograph Number 44 was kindly provided by Ian Henderson.  It showed an aircraft carrier secured alongside with a number of people on the quay in the foreground: 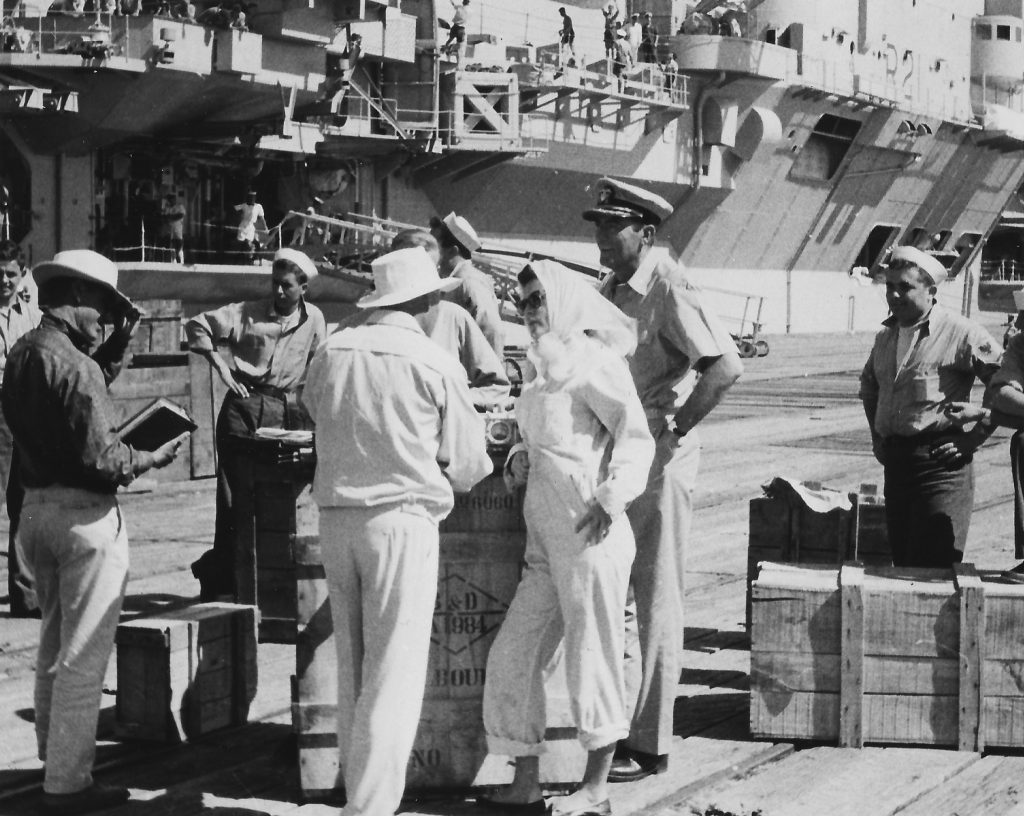 The carrier was, of course, HMAS Melbourne and it was alongside the wharf at Williamstown, VIC.  The ‘officer’ in the centre of the image was none other than the film star Gregory Peck, together with his leading lady (to his left), Ava Gardner. 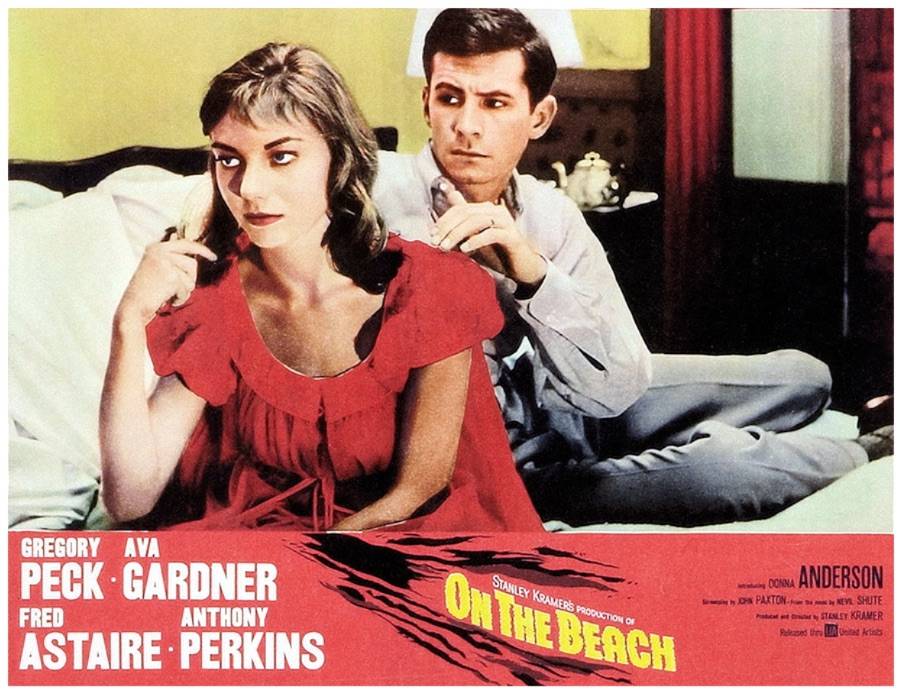 They were there to film the Nevil Shute classic ‘On The Beach’, a 1959 post-apolcalyptic science fiction drama depicting the aftermath of a nuclear war.  The story is that the war has devastated the northern hemisphere, and the cloud of lethal radio-active particles is slowly moving south and will eventually engulf Australia.  A cheerful movie!! 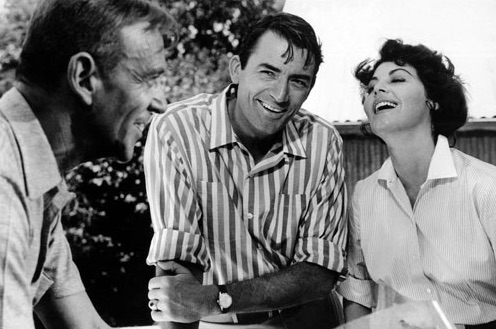 Ava Gardner reportedly didn’t like Australia and was said to have remarked “On the Beach is a story about the end of the world, and Melbourne sure is the right place to film it!”.  In fact she didn’t say this – it was a frustrated cadet journalist from Sydney who, unable to get an interview with the leading lady, took it upon himself to stir up rivalry between Australia’s two largest cities.  Gardner later admitted that although she didn’t say the words she certainly felt like it at the time.  Her attitude was not helped by the fact that it was a scorching summer with temperatures often reaching 43°C, and air conditioning was not as readily available then as it is now.

The man in the white suit is the Director of the film, Stanley Kramer.  Absent from the image are the other stars: a very young Anthony Perkins and Fred Astaire.   Our very own Graham Kennedy had a bit part that was so small as to be uncredited.

Ian Henderson, who provided the photograph, tells us that he was drafted to 723 Squadron at the time and was sent aboard Melbourne with one helicopter that was used to calibrate the ship’s radar.  He was therefore in a position to see the above – a fascinating bit of RAN/Moviegoing history! 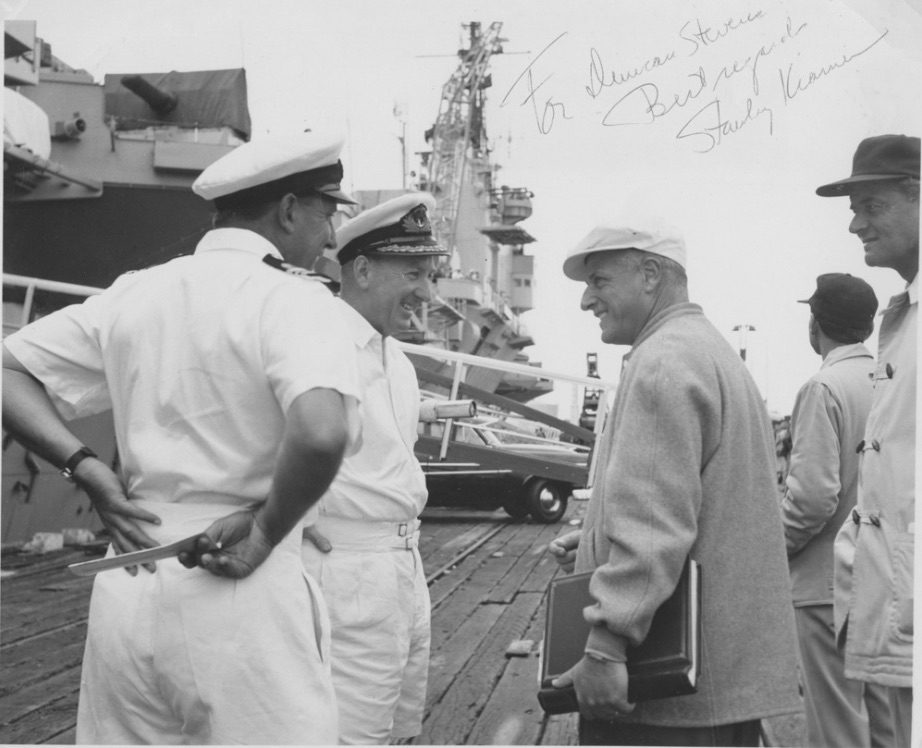 Above:  A print signed by the Director of “On The Beach”, Stanley Kramer (pictured in white hat) was presented to the XO of Melbourne, Duncan Stevens.

Below:  From L-R Gregory Peck, Stanley Kramer and Anthony Perkins walk on the flight deck to discuss a scene from the movie. 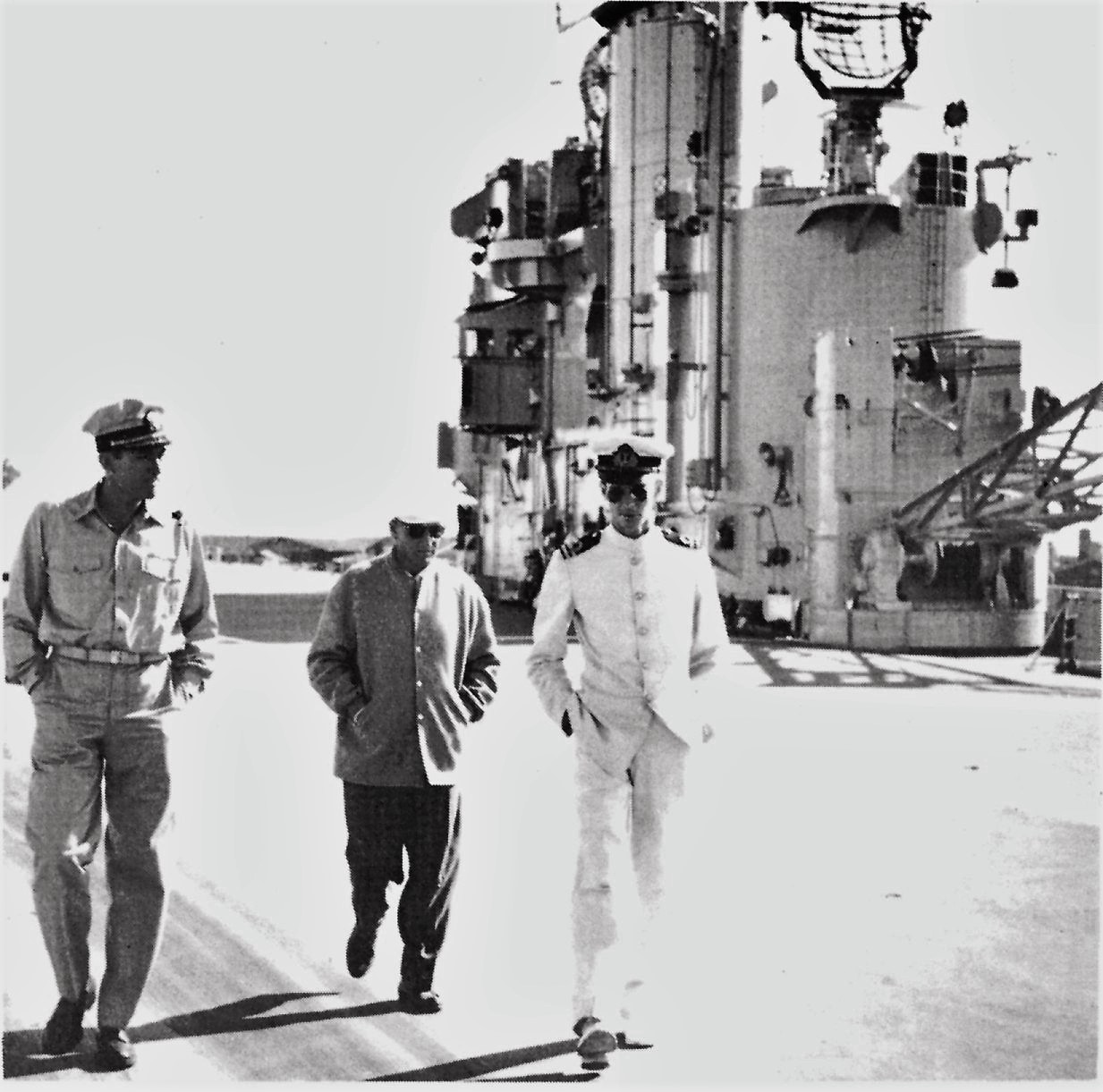