Mystery Photo No. 45 was kindly provided by Ron Marsh.  It showed a fixed wing aircraft on deck. 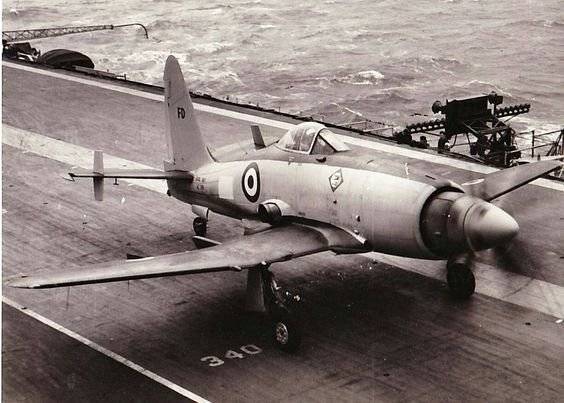 We asked if you could tell us:

Doctor Richard Kenderdine provided the most complete answer, as follows:

The aircraft is a Westland Wyvern based at RNAS Ford (‘FD’). The Wyvern was developed as a torpedo fighter with first flight in December 1946. It was originally fitted with a Rolls-Royce Eagle piston engine but development of that engine was terminated. Subsequently it was re-engined with turboprop power. One prototype had a Rolls-Royce Clyde (a relatively easy adaptation) and another two had an Armstrong-Siddeley Python, this requiring extensive airframe modifications but nevertheless adopted as the final powerplant. There were many development problems until finally entering squadron service in 1953, and five test pilots were killed in the period.

Out of frontline service by 1958. Former Westland test pilot Harald Penrose wrote of the Wyvern’s development problems in his autobiography ‘Adventure with Fate’.

Richard contacted the publisher ‘Air Britain’ to seek further guidance on the aircraft and the deck upon which it was pictured.  Lee Howard of that organisation kindly provided the following advice:

“The aircraft is a Wyvern S.4 of 764 NAS from RNAS Ford during deck landing training aboard HMS Eagle circa May 1955 – March 1957. 764 NAS had two aircraft on strength at any one time during that period but without visibility of the serial and with the full unit markings not applied (the previous unit codes have been painted out on the fuselage) I can’t confirm which. It is, however, one of the following (shown with their full code allocations):

I don’t have my book to hand so unable to determine who the photo is credited to. I would be grateful if you credited whoever that is as well as citing the source of the information (‘Fleet Air Arm Foxed-Wing Aircraft since 1946’, Sturtivant/Howard/Burrow, Air-Britain, 2004).

I would also point out that we have recently published  ‘The Squadrons and Units of the Fleet Air Arm’ (available via the Air-Britain website only) – a definitive book which gives detailed histories for all units. We would be grateful if you could give this a plug in whatever response you give. It is a must-have for anyone with an interest in FAA (including RCN and RAN) history.”

He also included a second photo, taken from page of that book (which includes information on the RAN FAA). We thank both Richard and Lee for their information. 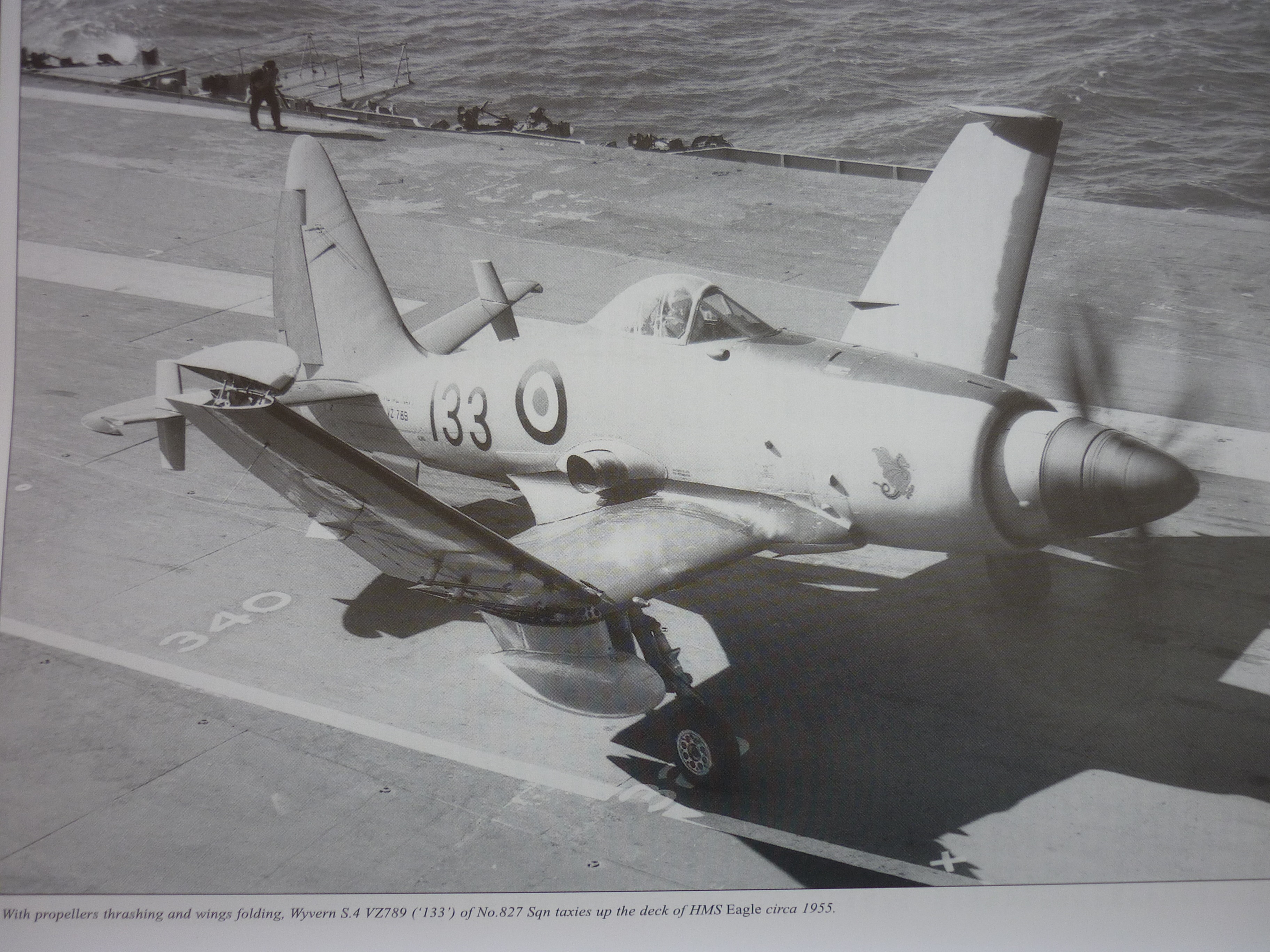 In all 124 Wyverns were delivered to the Royal Navy, of which 39 were lost during a relatively short service life of just 5 years – as Richard correctly pointed out, it had a very chequered safety record. This version of the Wyvern was powered by the Armstrong-Siddeley Python 3500hp gas-turbine engine driving a contra-rotating prop.

A really interesting history of this aircraft, including many photographs, can be found here.