Mystery Photo No. 57 was forwarded by Kim Dunstan. 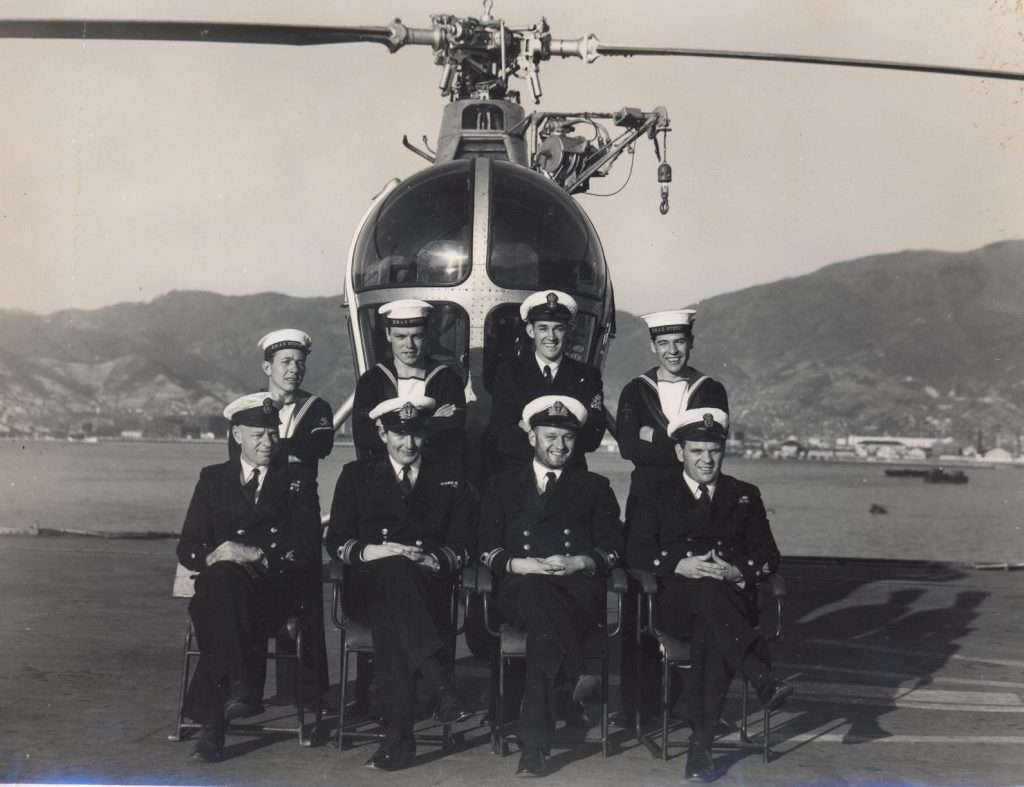 The image showed an embarked helicopter flight aboard one of her Majesty’s Australian Ships.  We wanted to know:

We had quite a few readers take a shot at the questions, with most correctly identifying the aircraft as a Westland Dragonfly.  The whereabouts proved a bit more difficult, varying from HMAS Melbourne in Sydney to HMAS Sydneyin Hong Kong.

The caption to the photo states that it is Kobe, Japan, but Sydney did not visit this port over that period. Rather, she called briefly into Sasebo, and thence used Kure as her relief port, so it is likely the photograph was taken there.  Comparison with other images on our Korea web pages support this assumption.

At the time of the Korean conflict and the subsequent ceasefire monitoring mission the RAN did not have any helicopters of her own so was reliant on loan detachments from other Navies: most typically, the USN which provided a Sikorsky HO3S-1 and crew, or, as in this case, the Royal Navy with two Dragonflys.

The Dragonfly was a licence-built derivative of the Sikorsky S-51, and entered service with the RN in 1950.  This photo was taken some time after 11thNovember 1953 as that is the date that the helicopter (together with a second one), was  delivered from HMS Ocean in Hong Kong.

The crew were probably RN too, although some are wearing ‘Sydney’ cap tallies. We don’t have names, aside from Lt. James Summerlee (third from left, front row), of which is written: ‘…On 9 November 1953 he was loaned to the Royal Australian Navy and served aboard HMAS Sydney in the Korean war theatre on SAR. He flew out in a Constellation, joined Sydney in Singapore, and returned home at the end of hostilities from Singapore to Stanstead in an Avro York. While in the Far East, he travelled by boat from Kure, Japan, to visit Hiroshima.’