Mystery photograph No 4 was kindly supplied by Peter Adams.  The Questions asked were: 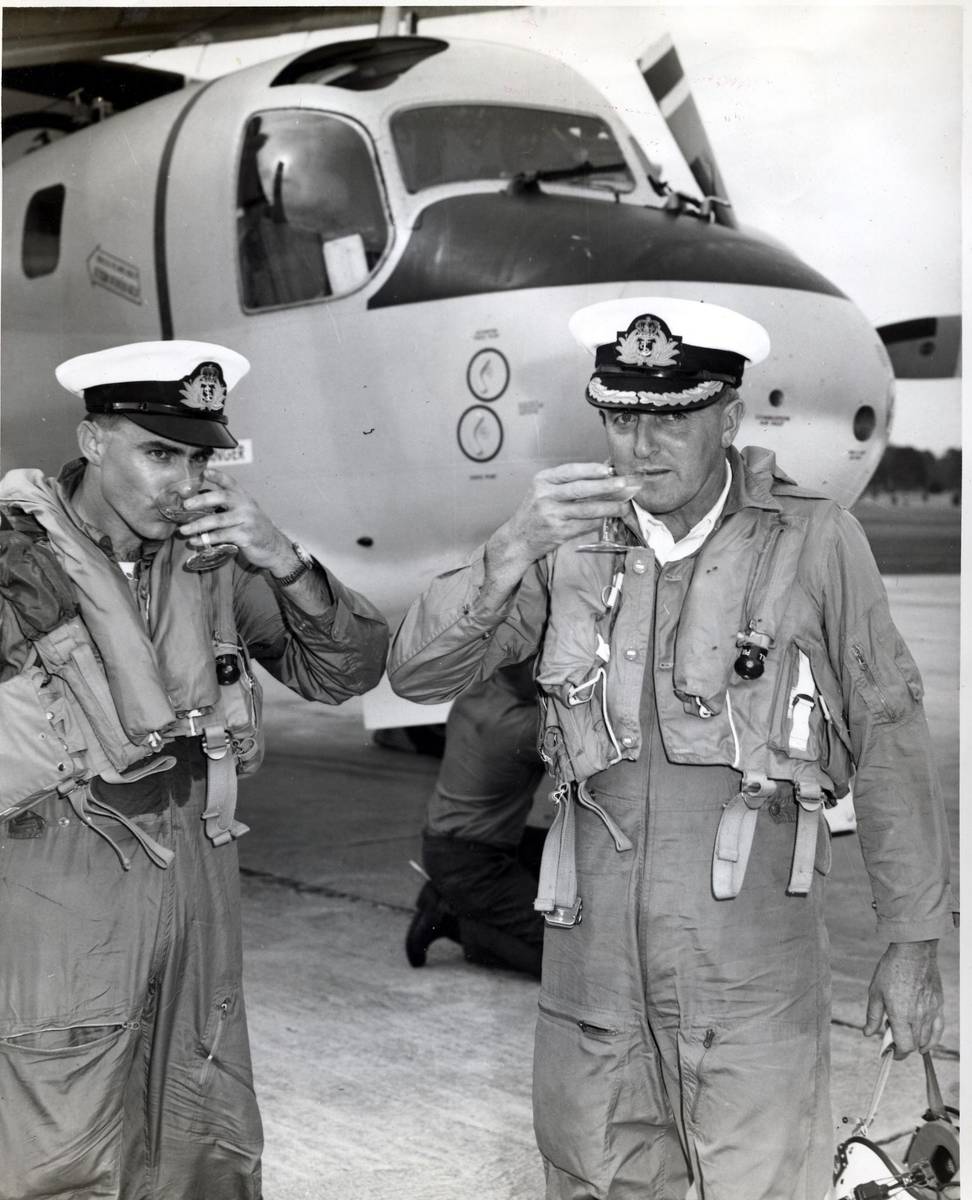 Peter Adams, who features in the photograph (left) provided the following answer:

“November 30th 1967- delivery of our first Trackers from Mascot to Nowra- other aircraft (not shown in this photograph) was flown by Ron Mackenzie with the Albatross Captain as his co pilot.

The Mystery Photograph shows Cmdr Kel Duncan ( Albatross XO) on the right and myself. We were met with champagne on arrival at Albatross.”

Pete Adams furnished a second photograph (below), and Ron Mackenzie provided the following advice on it:

“That is me closest to the camera accepting a glass of bubbly. I commissioned 816 Squadron not long after we flew the aircraft down to NAS Nowra and we had a full complement. COs in those days were LCDRs. There was one LCDR more senior than me – Ken Douglas – but he had not been to sea in an operational capacity since early in the Sea Venom days and needed to go to sea in Command and be confirmed.

After we had trained everyone to the required standard (which took about 9 months)and completed our day and night deck landing work, I handed over to him and dropped back to Senior Pilot. After our return to NAS Nowra early in 1969 Ken left the Squadron and I took over again until the end of the year when I was promoted.

Partially hidden is John Van Gelder with the brass hat, then Peter Adams.  The person behind the PO WRAN steward is probably Ken Duncan.”

WANTED.  More photographs suitable for ‘Mystery Photo”  contact the Webmaster if you can help