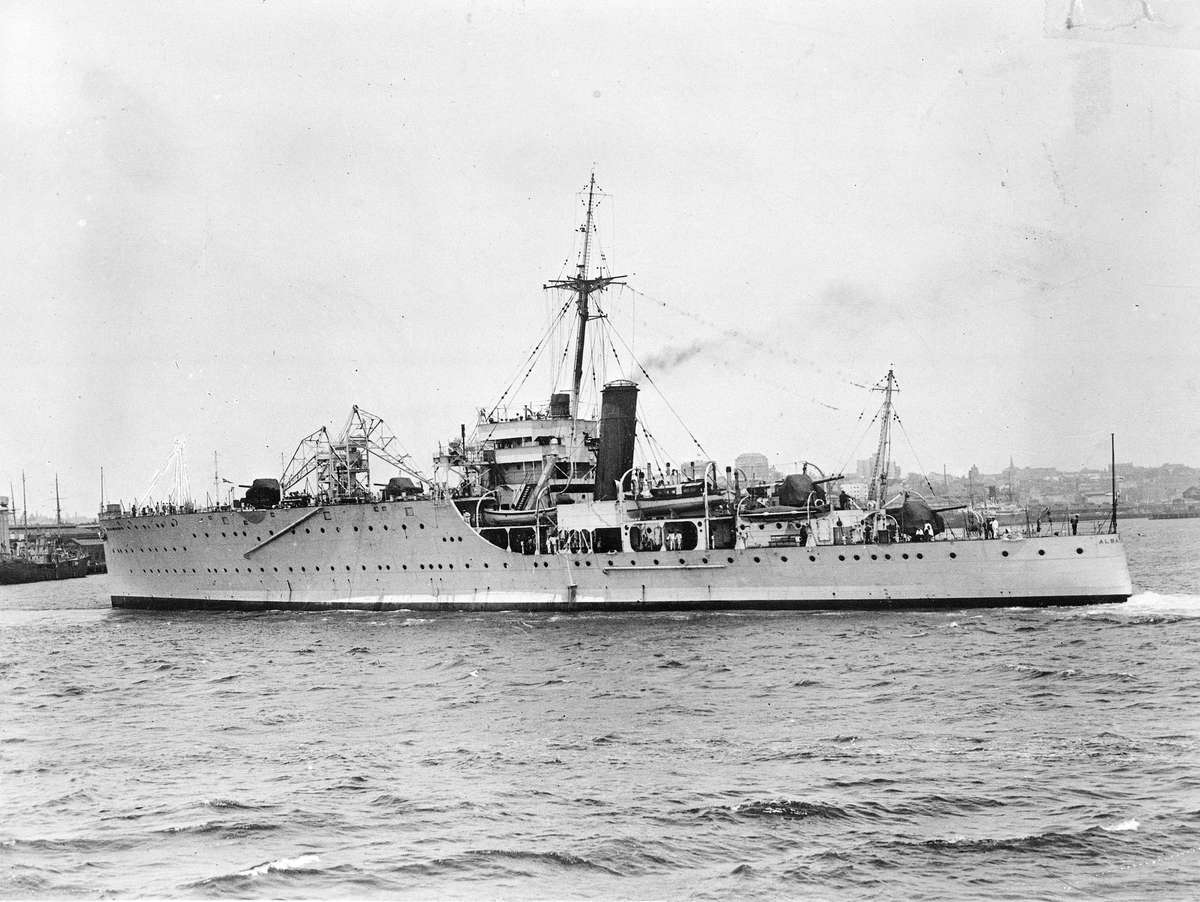 Above:  HMAS Albatross (I) manoeuvring away from Garden Island dockyard (RAN image) 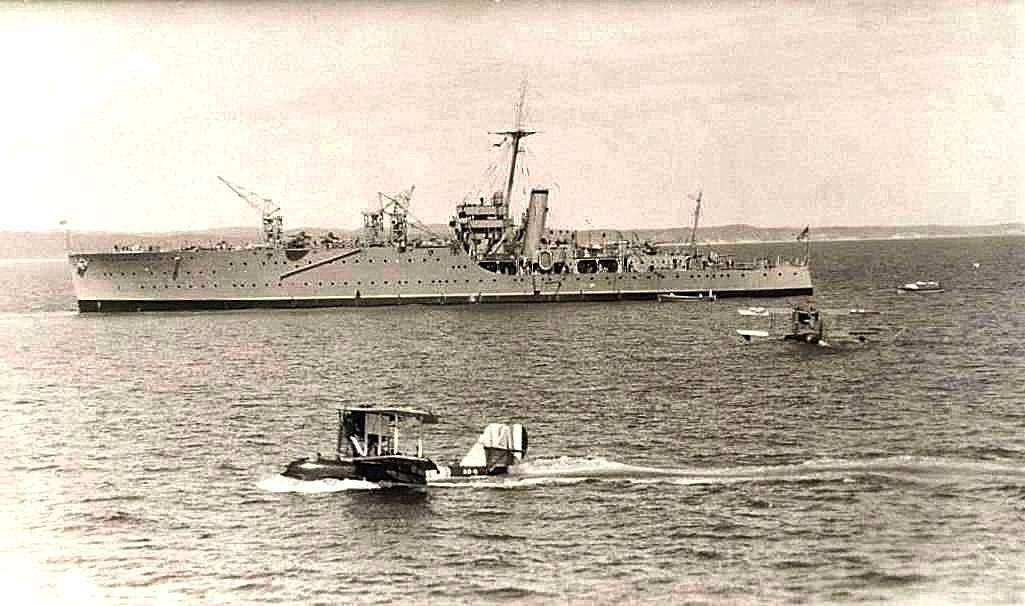 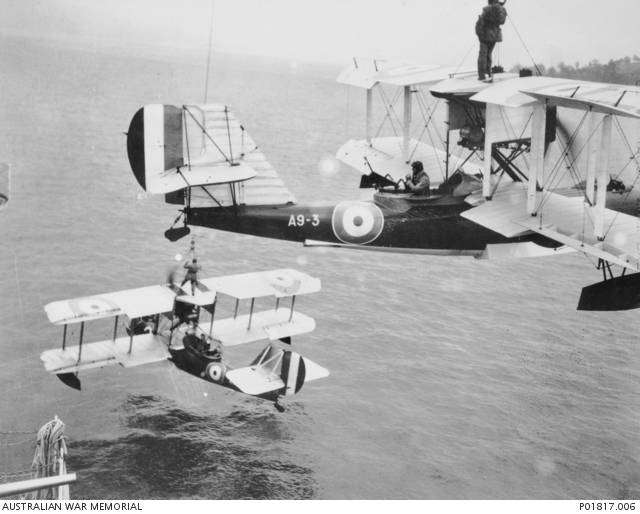 Left: Two Supermarine Seagull III amphibians taxi near HMAS Albatross at Hervey Bay, QLD. (RAN image).   A total of nine of these aircraft were delivered to the RAAF 101 Fleet Cooperation Flight, who worked closely with the RAN. Of the nine, two were wrecked in (separate) storms whilst at mooring, one crashed after entering a spin during a gunnery spotting exercise (fatal) and six survived for eventual retirement.

Six Seagulls were attached to HMAS Albatross in 1929, but their low freeboard and relatively low powered engine gave poor performance at sea, including the ability to only operate in relatively low sea states.  By the time their replacement was available – the far more capable Seagull V (Walrus) – the ship had been laid up as a result of the great depression, although they did operate from her whilst she was at anchor.

Left: The Seagull III had a crew of three: Pilot, Observer and Telegraphist/Gunner who sat facing aft. (AWM image). Note the propellor turning as the aircraft is lowered into the water, a technique that posed some risk to those unhooking the sling gear but significantly shortened the time spent on the water before take-off could be effected. This was important as the aircraft was vulnerable on the surface, particularly in anything but calm conditions.

Below:  Schematic of HMAS Albatross’s upper deck, as she would have appeared in 1936.  The catapult on the bow was not present in early years as the Seagull III was not durable enough for catapult launches (it was fitted when the Walrus replaced the Seagull III).  Note the ‘conventional’ superstructure positioned towards the stern of the vessel to give a long foredeck for aircraft stowage.  Three internal hangars were provided which gave unusually high freeboard in the forward part of the ship. Albatross had the capacity to carry up to nine aircraft, of which six could be operated at any one time. (Drawing: Paul Webb Warships, Williamstown) 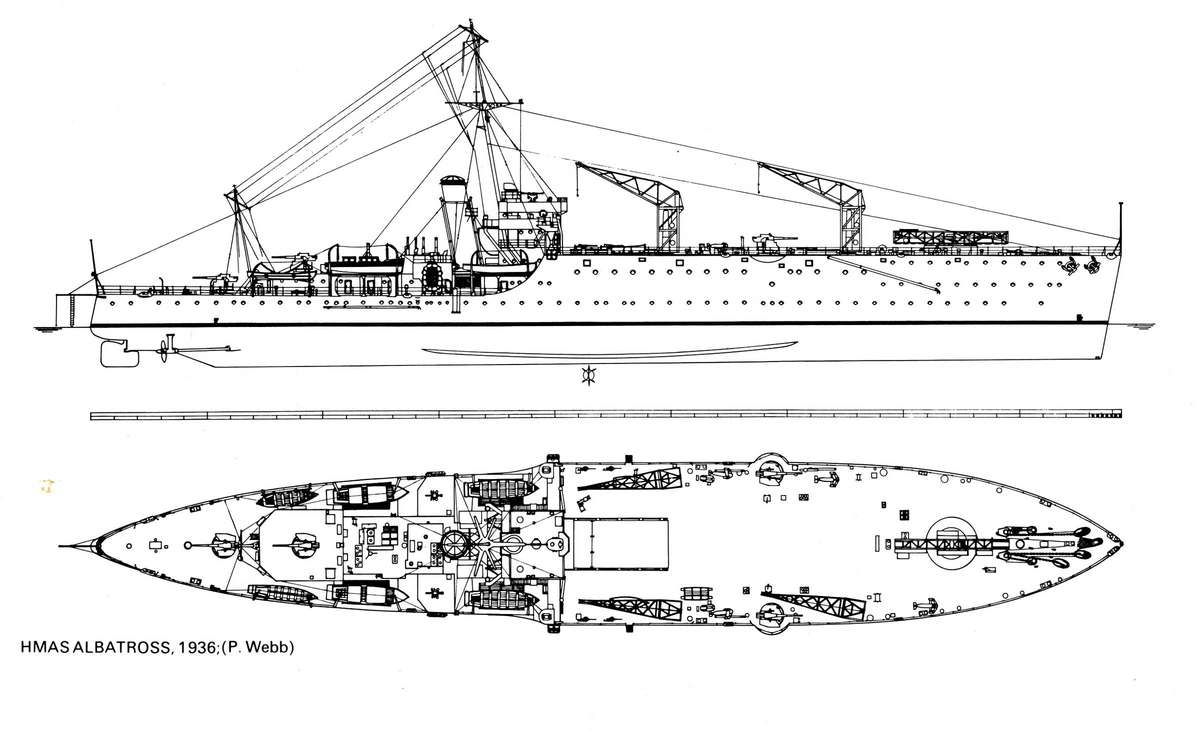 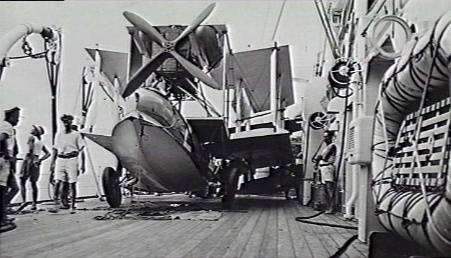 Left:  A Seagull III on deck. This photograph was actually aboard HMAS Australia, but it gives a good idea of the size of the aircraft in the stowed position.  The ‘bandy’ undercarriage, although inducing significant drag during water operations, meant the aircraft could easily be manhandled on deck. (AWM Image) 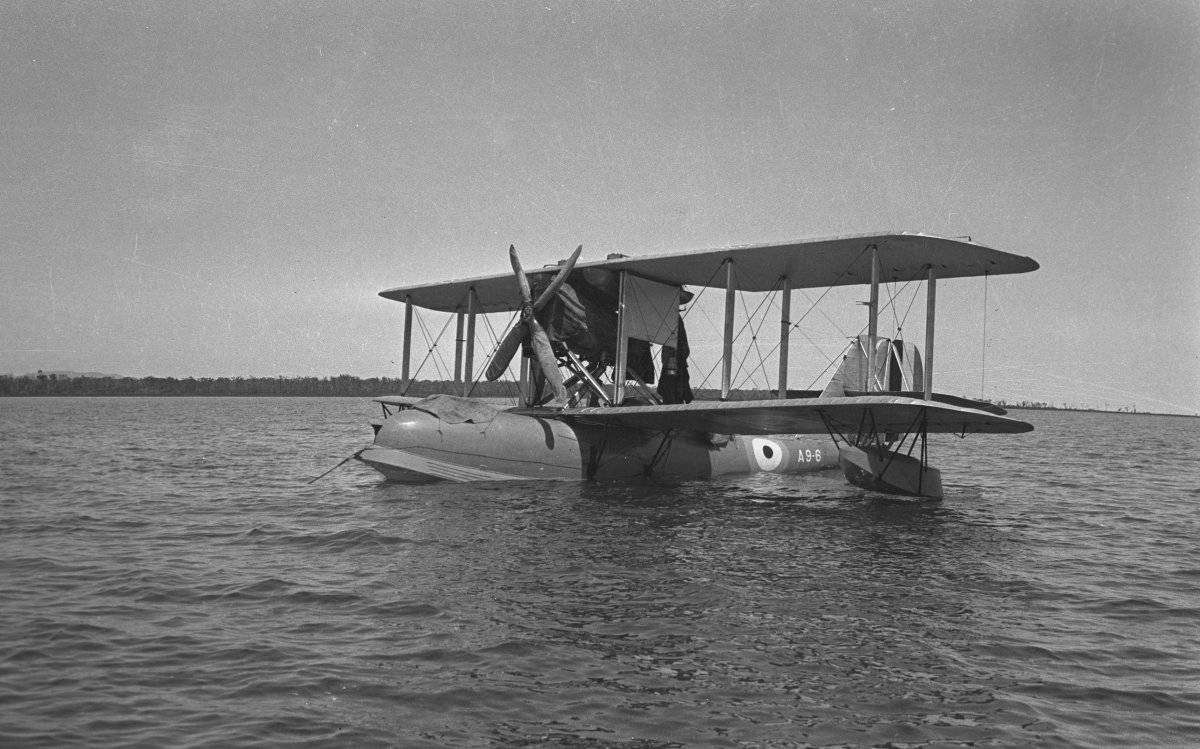 A Seagull III amphibian moored in calm water.  The proximity of the propellor to the forward crew position can be clearly seen, as can the ‘stepped’ hull which assisted in take off. The aircraft was constructed of wood, however, which lacked the durability for embarked operations.  It’s replacement, the Seagull V (Walrus) (below) was a far more capable aircraft with its all-metal construction, retractable undercarriage and enclosed crew space. 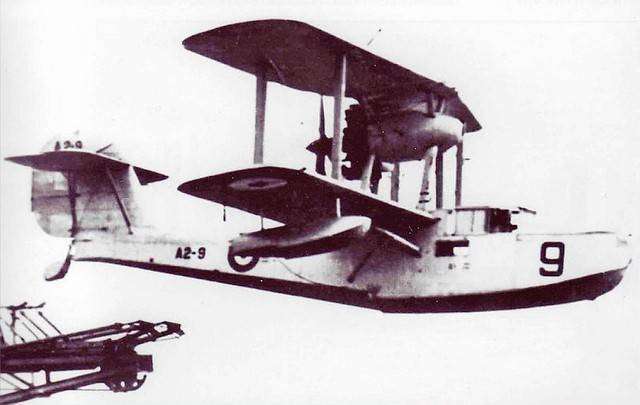 This Walrus is being launched from HMAS Canberra c.1937.  By then Albatross was on the brink of being transferred to the RN.  (Image: FAAM)

x
Below: After the war the Admiralty sold ‘Albatross’ to a British company that planned to convert her to a luxury passenger ship, but high costs caused a change of plans.  It was decided to use her as a floating cabaret venue at Torquay, Devon – but she was saved from this ignominious fate when a British/Greek consortium purchased her. She was converted to a modern passenger vessel and served out her remaining years ferrying displaced refugees from Europe to Australia under the name ‘Hellenic Prince’.  She was finally scrapped in 1954. 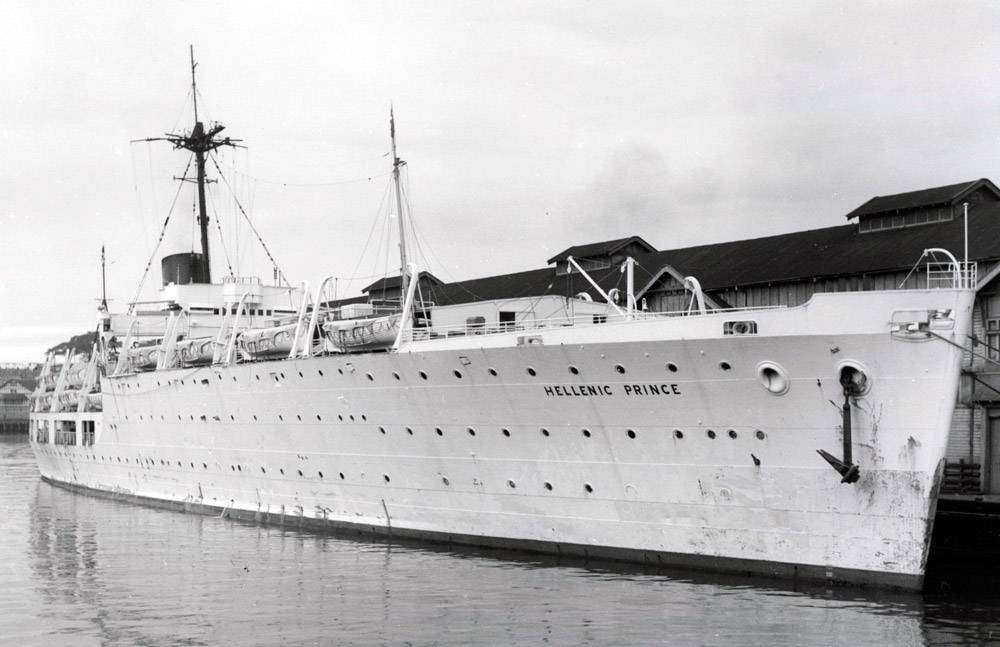