‘Skyhawk Snippets’ is as its name suggests – a collection of any Skyhawk news that comes to our attention from around the world.  You can help us by emailing a link to any article you think would be of interest to our readers.  Simply use the ‘Contact Us’ box at the foot of this page.

After nearly 50 years, Israel is retiring its Skyhawk fleet.

A detailed article all about giving A4s a Brazilian.

A story from the UK’s Aviation News about six Wittmund A4N Skyhawks in the Bundeswehr.

Below: An A-4 Skyhawk flown by a private contractor from Draken International participating in Red Flag takes of from Nellis Air Force Base in Las Vegas, Nev., on Tuesday, July 19, 2016. Brett Le Blanc/Las Vegas Review-Journal Follow @bleblancphoto.  This aircraft was ex-RAN A4G 877 from the second refurbished batch the Navy bought back in 1971. Earlier it had been an USN A-4F. See (link to 877) for more details on this aircraft. 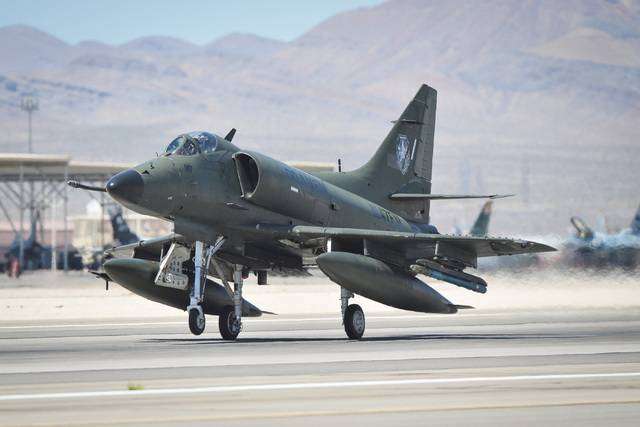 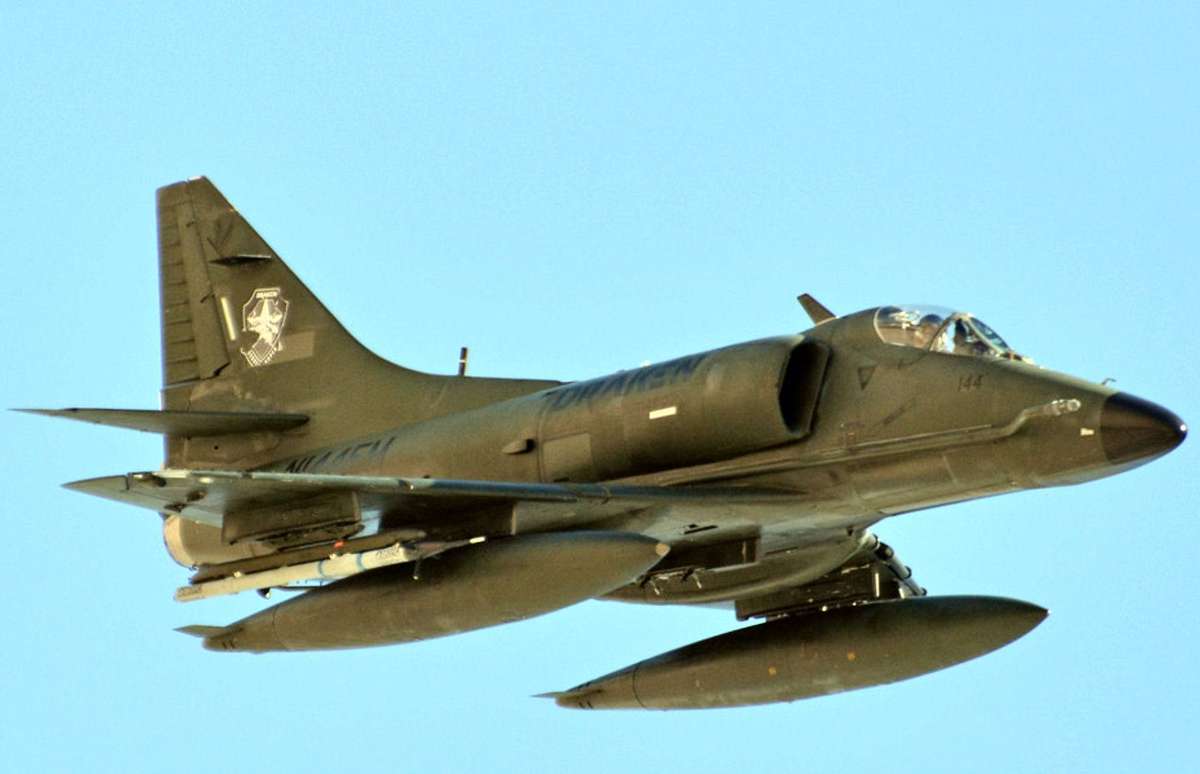 RIO DE JANEIRO (AP) 26 July 2016. Authorities in Brazil say two Brazilian navy jets have collided near Rio de Janeiro while training for protecting the Olympic Games that open in 10 days. Brazil’s navy says no one was injured as one of the warplanes crashed into the sea Tuesday and the other was able to land despite damage.<br />The AF-1 Skyhawks were among the planes the military will use to patrol Rio’s airspace during the games from Aug. 5 to 21. The pilot of one jet ejected safely and the plane fell into the sea about 20 kilometers (12 miles) off Rio’s coast. The second aircraft was damaged but its pilot was able to land.

A Brazilian AF-1 Skyhawk pictured some time ago aboard their aircraft carrier, Sao Paulo, which is still out of service following a major fire in 2014 and reports of major cracking in the hull. Picture by Rob Schleiffert. 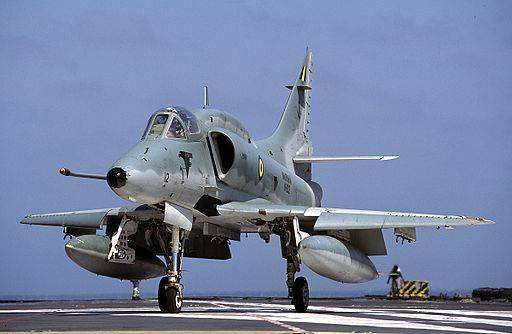 Below: Draken International has deployed three A-4Ks and a TA-4K for its first detachment to NAS Fallon in support of the Joint Tactical Air Support class that trains forward air controllers. Seen on September 10, one of the A-4Ks, serial N145EM [former A4G 871], carries the name CAPT J. S. McCain III in tribute to the former navy A-4 pilot and senator from Arizona. Jim Dunn Combat Aircraft Nov 2018. 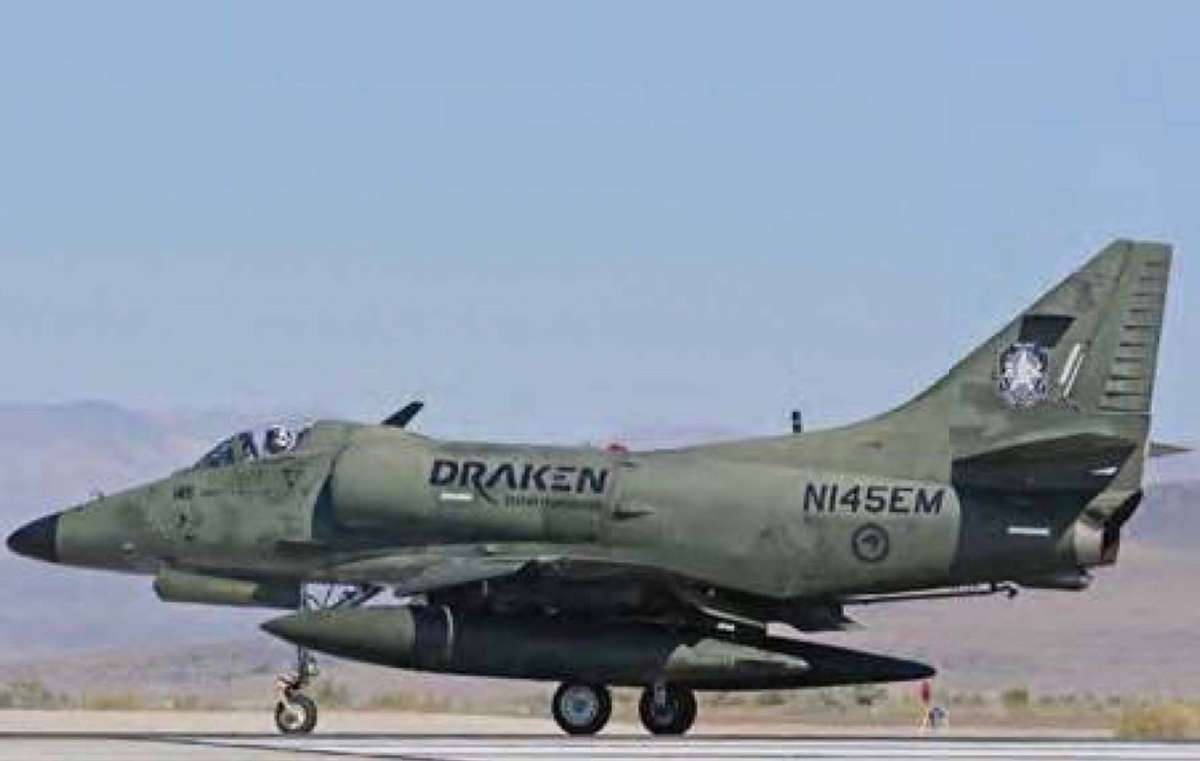