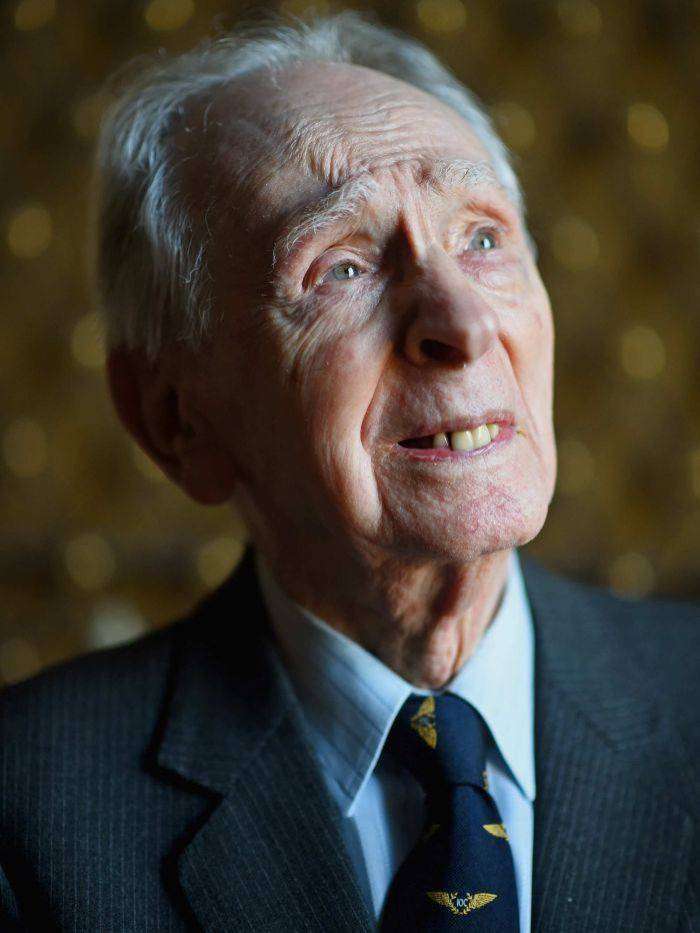 This material is contained in our ‘Snippets of History’ series not because Eric Brown ever served in the RAN or flew any of our aircraft; nor because he was flagged as ‘The World’s Greatest Aviator” – a term which is subjective and smacks of elitism.

Rather, it is because of anybody I’ve ever read about, he led an extraordinary life that is worth a read.

Known as ‘Winkle’ for his small stature, Captain Brown became renowned for his hardiness and bravery.

Remarkably, he lived through 11 plane crashes.

And in 1941 he was one of only two men who survived the sinking of HMS Audacity by a German U-Boat.

“Our carrier reared up. I heard the twang of the hawsers holding the aircraft breaking,” he told the BBC. “The six aircraft just broke loose, moved down the deck into these guys standing there. Oh, it was absolute chaos.”

Just before this disaster, Captain Brown had been identified as a pilot with talent. “Unknown to me, the captain of the Audacity said I had a facility for deck landing and the Admiralty should make use of it,” he said. “I got a telegram asking me to undertake a series of trials on various carriers.”

However, flying was not all that Captain Brown experienced. He witnessed the liberation of the Bergen-Belsen concentration camp, and used his fluent German to interrogate senior Nazis, including the head of the German Luftwaffe, Hermann Goering.

Records unlikely to ever be broken

Antony Grage, the president of the Aviation Historical Society of Australia, says Captain Brown was an exceptional pilot. “He was extraordinary because he flew a very large number of different types of aircraft, mainly during the Second World War and immediately after the Second World War,” he said. “This was because he was a very accurate flyer. He could land an aeroplane anywhere.”

Mr Grage said it was unlikely Captain Brown’s records would ever be broken.

“In the days of the Second World War new aircraft were being designed quite quickly and produced very quickly just because of the urgencies of war,” he said. “Nowadays warplanes, and for that matter civil aircraft, have very long lives. “They get updated the whole time but still a particular type.”

Captain Brown successfully tested planes considered so dangerous that they were described as suicide missions by his superiors. His contribution to flight covered everything from transonic flight, analysis of German jets and rocket aircraft, and the first carrier deck-landing of a jet aircraft.

Flying was Captain Brown’s lifelong passion. “At first when I had to retire I think it was a feeling similar to a drug addict haves when he no longer can get his drugs,” he told the BBC. “Withdrawal symptoms were fierce for about a year. “Then I came to terms with it after a year, but it wasn’t easy.”

Captain Brown’s wife Lynn passed away in 1998. They were married for 56 years. He is survived by his son.

See video of first deck landing of a jet aircraft (by Winkle) on an aircraft carrier here.