By Marcus Peake Comments Off on Vampire Rebuild

One of the few ex-RAN Vampires to survive the scrap heap is to be refurbished by a private collector.

Mr Steven Demanuele recently contacted the FAAAA to ask if we had any photographs of A79-840, which he has purchased and intends to restore. 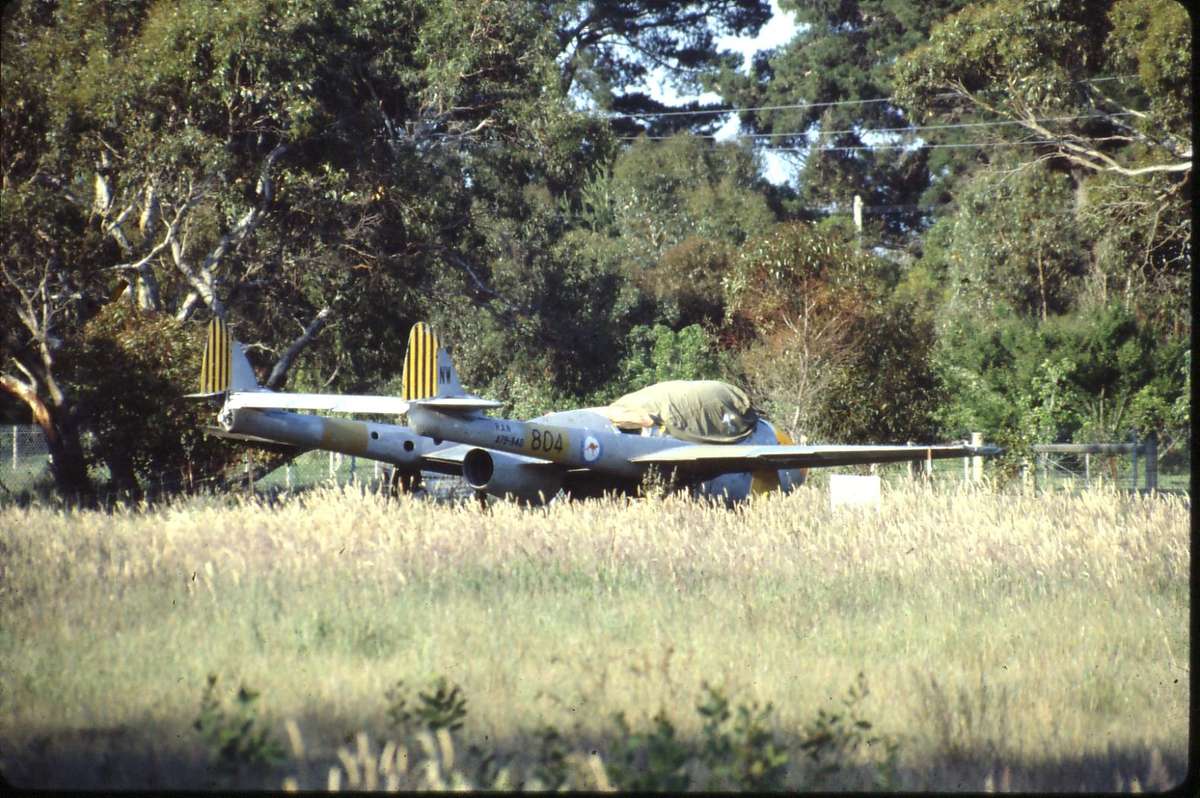 According to ADF Serials, this aircraft was originally purchased by the RAN for £45,000 and was delivered in September 1954. It survived its service life and was withdrawn and reduced to spares in June of 1965. The remains were sold for $100 to Mr Parnell of Melton, Vic, who was representing the Fogarty Flying Club (photo below).  It was lacking ejection seats and instruments. 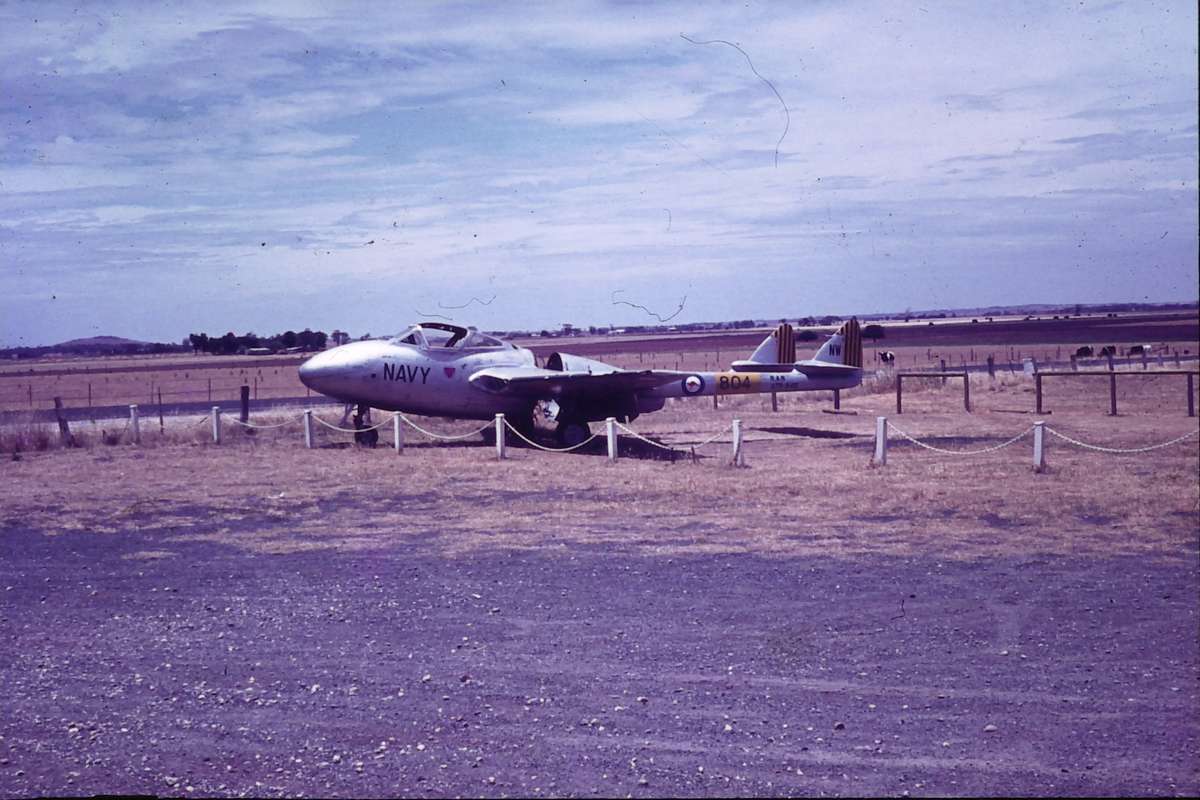 Over the next fifty years it changed hands a number of times,  including in Dick Winterburn’s Derelict Aircraft Museum.  Mr Demanuele acquired it in 2016, along with A79-660.  The photo below shows A79-840 in storage, prior to the work commencing. 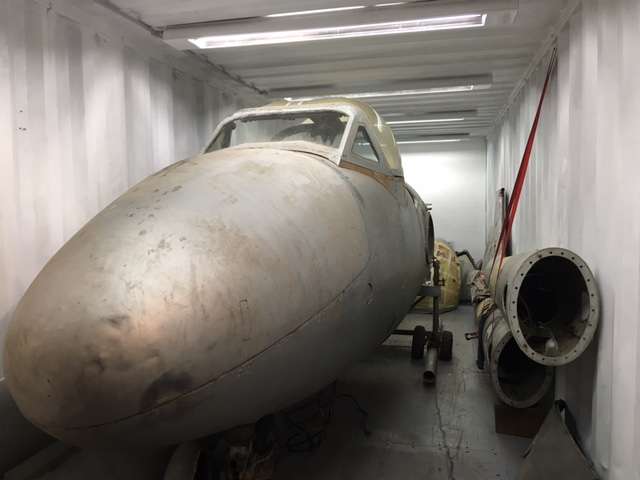 The intent is to restore the aircraft to a non-flying status in three stages over the next ten years or so. Stage 1 will be the tail section. Stage 2 will be the fuselage, probably utilising components of A79-660.  One possibility will be to also have a Goblin engine mounted on a custom trailer for exhibition. The final stage will be the wings, at which time everything will be bolted together to give a complete aircraft for home display or perhaps loan to a museum.

If anyone has photographs of the aircraft, or plans or other useful documents, please use the comment form below to advise us. (Photos Steven Demaneule) 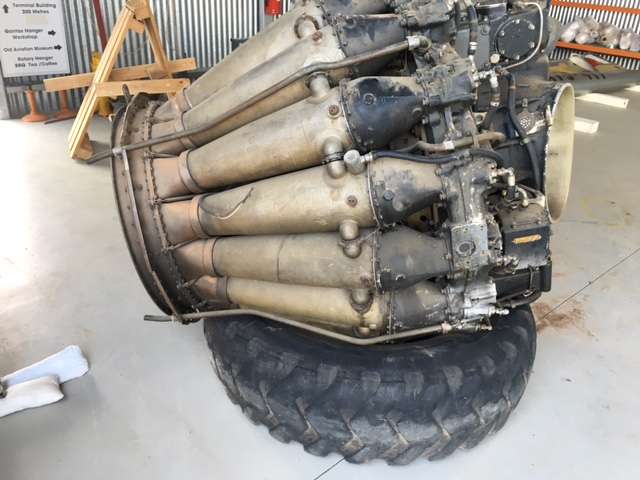 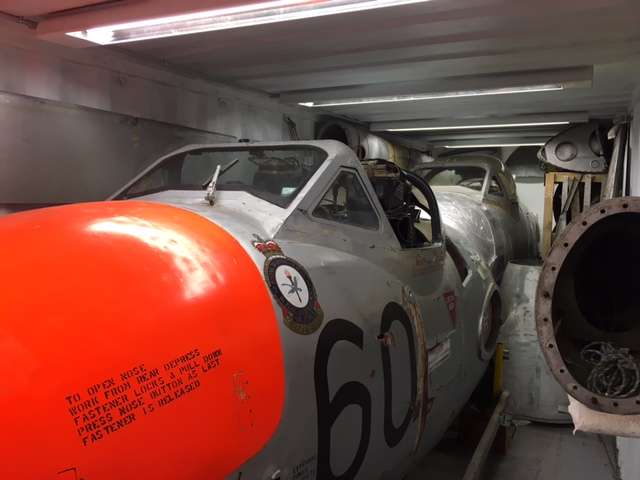