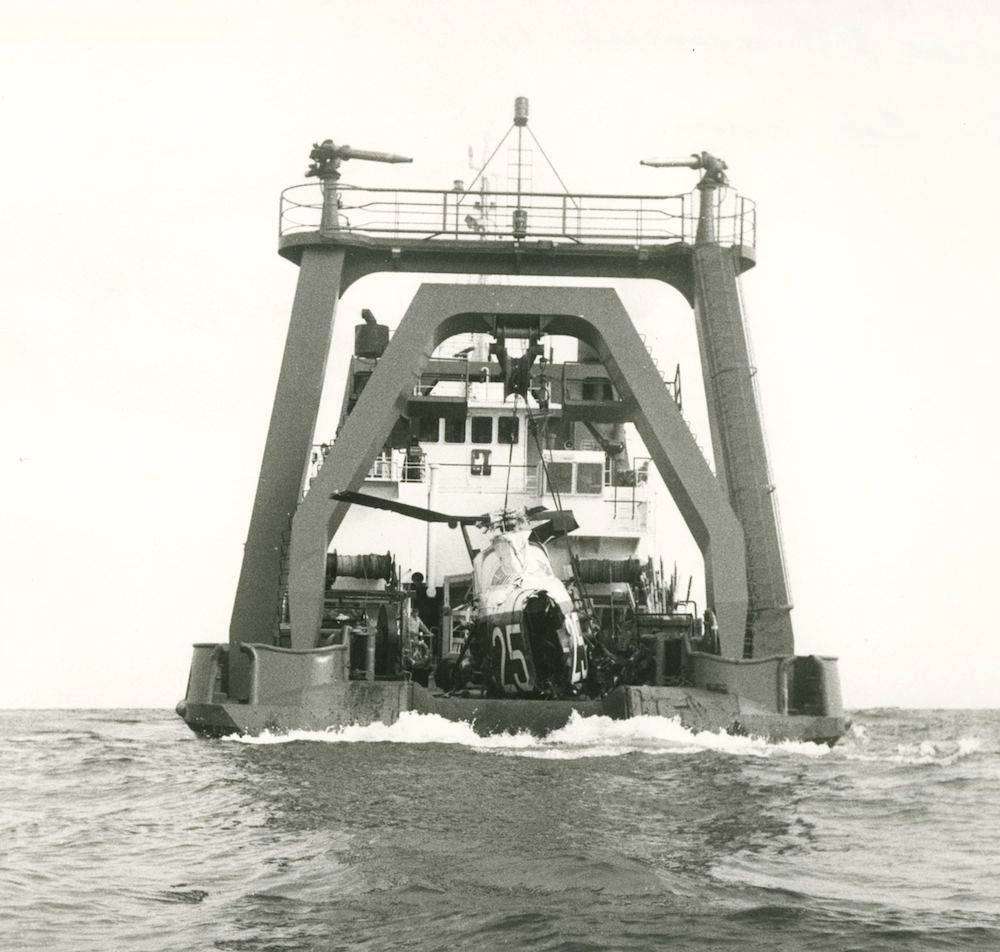 On 04 December 1983 Wessex N7-217 was transitting back to East Sale with eight persons on board having collected an ADF medical team from the Marlin Platform. This was the aircraft’s second sortie of the day.

About 13 minutes after departing the rig the pilot (LEUT Mark Henschke) noticed an unusual and increasing vibration through the airframe. He declared a PAN call at 1206 and descended from his cruising speed/altitude of 90knots /1000 feet to approximately 60 knots /100 feet with the intent of making an emergency landing at the nearest point of land (Golden Beach), which was then some 25 nm away.

At 1212 pm East Sale approach monitored a further call from the Wessex to the control tower at the Longford oil and gas plant, to the effect that the vibrations were worse and contact had been lost with East Sale due to the low altitude. That was the last transmission received and the aircraft was assumed to have crashed into the sea at approximately 1213 hrs.

At 1234 The Longford SAR helicopter, a float-equipped Bell 205 sighted an oil slick approximately one mile off Golden Beach. The Huey landed on the water and rescued six survivors, who were transferred to RAAF East Sale.

The search continued for the two missing persons but without trace. The bodies of LSACMN Gary Macey and CPL J. Campbell were subsequently recovered from the aircraft wreck, which was raised relatively quickly due to the shallow water (60 feet) and the availability of a specialized offshore support vessel. The aircraft was resting inverted on the cockpit roof and rotor head. Both personnel were in the cabin.

The cause of the accident was failure of the input drive bevel gear in the transmission casing, due to a fatigue crack. This crack originated in a metallurgical defect developed during manufacture. On failing the drive was ejected though the transmission casing which also provided support for the port swash-plate control servo. With no support, the servo dropped towards the floor of the transmission bay causing the aircraft to pitch and roll rapidly and uncontrollably nose down and to port. The pilot recounted that the aircraft was nose low and almost inverted when it struck the water.

Click here for the abbreviated Board of Inquiry Report 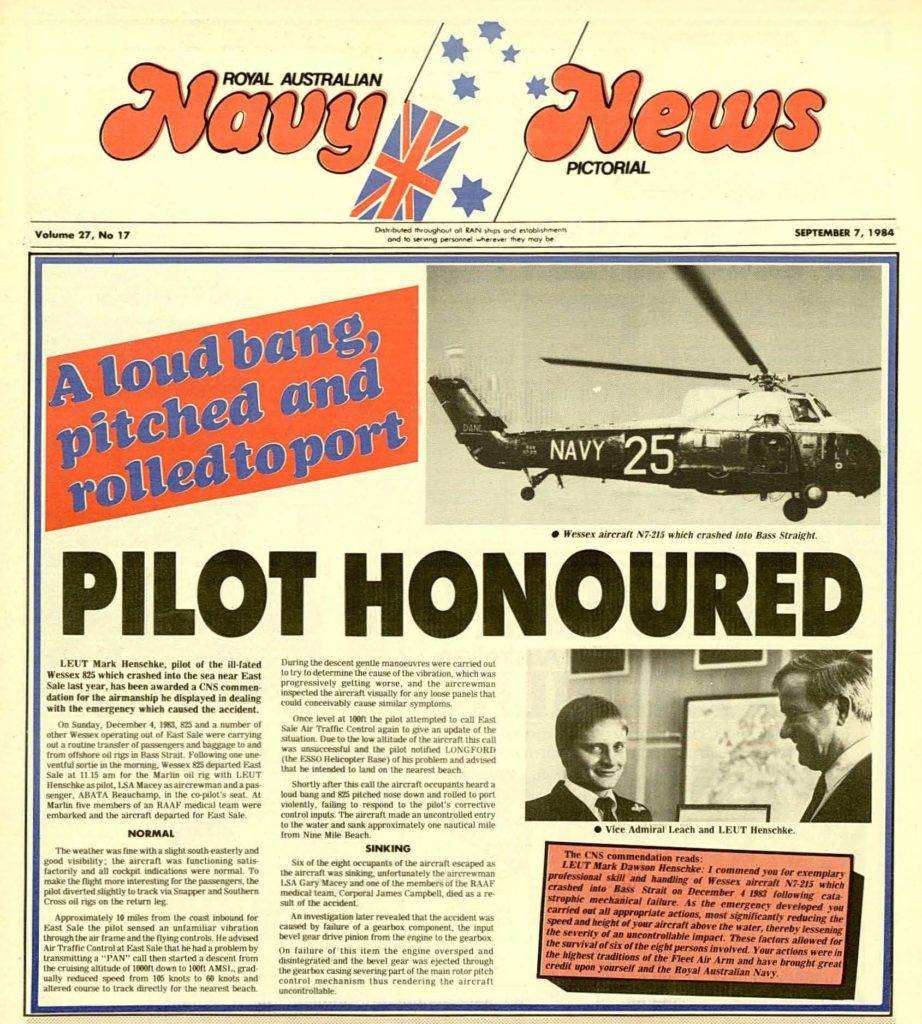 Below: Navy News Article Feb 1984, and second, the grounded Wessex being airlifted from Jervis Bay to NAS Nowra. 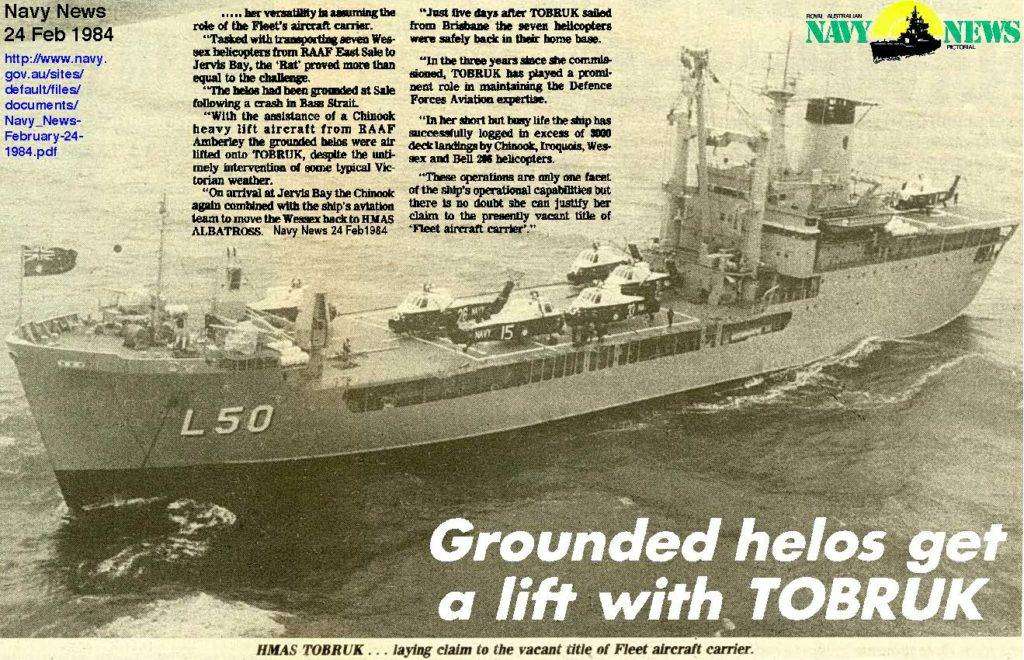 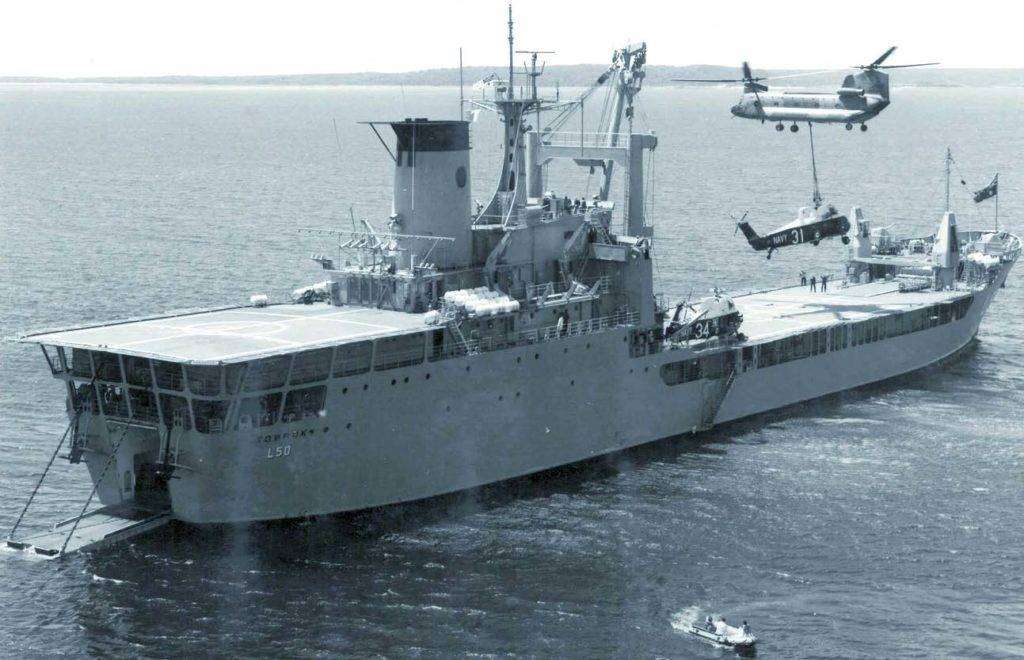