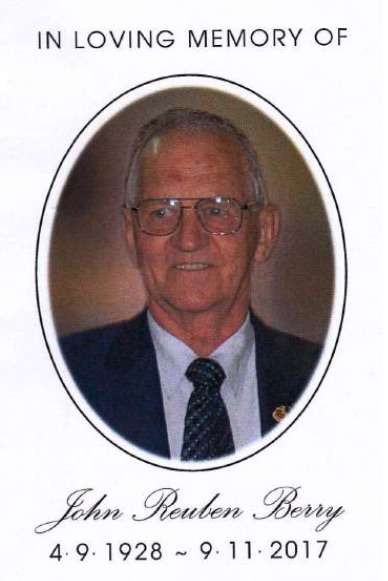 Advice was received from the Secretary of SA Division that John Berry passed away on 9th November 2017, after several months of ill health. He was 89 years old.  His funeral was held on 16 November.

John is survived by his son John and son-in-law David, and several grandchildren.