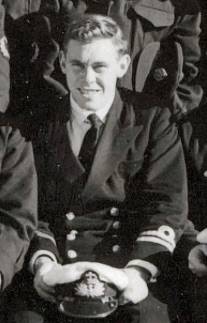 We have been advised that LCDR Brian Courtier RAN passed away on Friday 10 July 2020.

Brian was born on 12 November 1935. He was a graduate of the RAN College, specialised in aviation and underwent No 34 RAAF Pilots Course in 1958/59.  Other RAN pilots who graduated on No 34 Course included Lt. Neil Ralph, Robin Spratt, Albert Riley and Peter Adams.

After retirement, Brian and his wife Pam of 60 years lived in Canberra and were noted for their enthusiastic participation in tennis, and keeping in contact with their retired FAA friends.  He was the treasured father and father-in-law of
David and Margaret, Deb and Richard, Damien and Tania, and Danielle. He leaves behind his grandchildren Jacob, Thomas, Zachary, Niamh, Jasmine, Sean, Edward and Malachi.