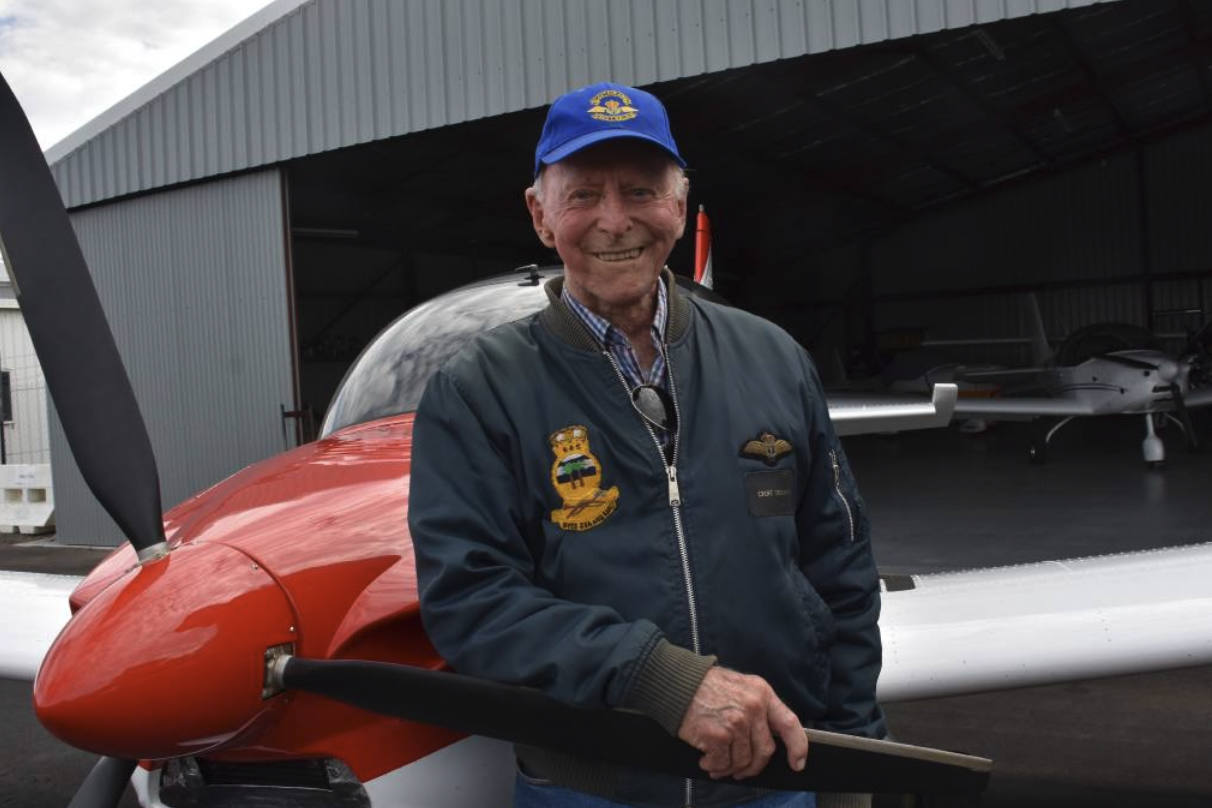 It is my sad duty to report the passing of Geoff Litchfield, on or about 10 March 2022.

Geoff was a foundation member of the FAAAA Victoria Division and served for many years as Secretary and Committeeman.

Geoff was one of the 808 Squadron pilots who introduced the Sea Venom Fighter All Weather into RAN service in HMAS Melbourne in 1955.

He was born in Glen Innes and grew up in Tamworth.  He joined the RAN in January 1952, and was awarded his Wings at Point Cook in May 1953.  He was then posted to the UK for OFS and Night Fighter Courses, during which time he flew Firefly, Sea Fire, Sea Fury, and Meteor Night-Fighter aircraft.

On completion of his UK training, Geoff flew RAN Sea Furies, including off HMAS Vengeance which was on loan from the RN.  He then served on 808 Squadron, flying Sea Venoms, once that Squadron had returned to Australia aboard the newly commissioned HMAS Melbourne in 1955.

He retired from the RAN in June 1960 to commence a second, much longer, career in civil aviation (TAA). Not long after leaving the Navy he wrote a book on his experiences called “Fly Boy” which many will remember.

A private funeral was held in Port Macquarie on Thursday 24 March.

You can see a lovely tribute to Geoff put together by his family (click on the blue link).