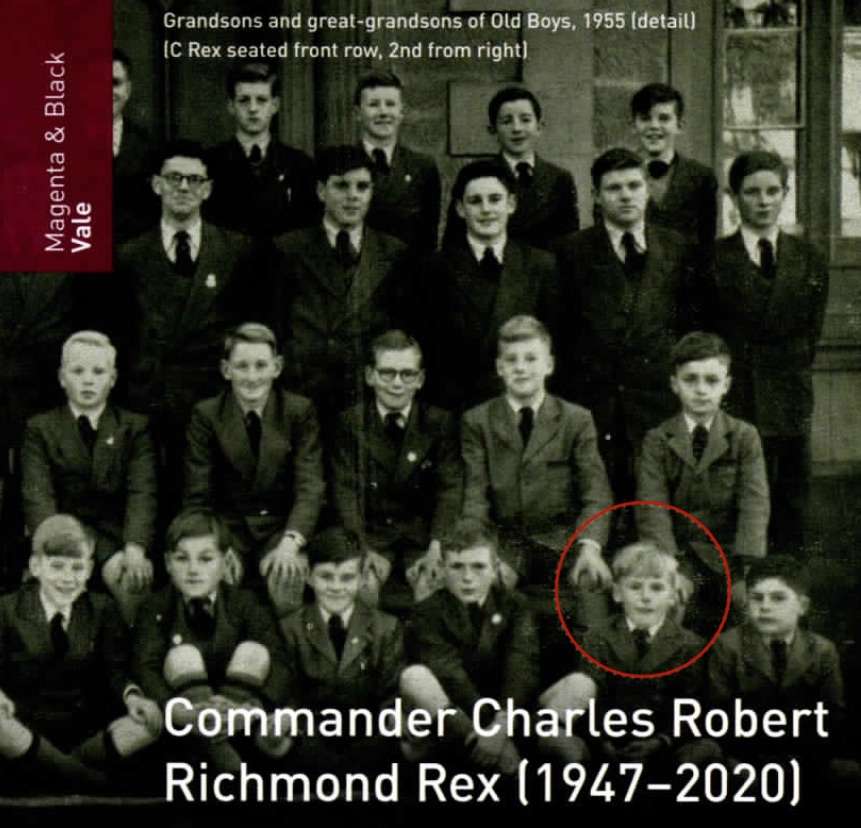 Charles Robert Richmond Rex, affectionally known as “Charlie” by most, passed away peacefully at about 0500 on Thursday 11 June, 2020.  He had been frail for many months due to a long illness.

One of his sons, Ashley, flew in from Japan.  He and Charlie’s devoted dog Bonnie were in loving attendance over recent weeks.

Born in Hobart, Charlie attended Hutchins School, with which his family had a long history. His activities were athletics and swimming, and later rowing. He joined the Sea Cadets and in 1963 was judged to be the best Naval Cadet, and the following year he won selection to Jervis Bay.

Charlie entered the RAN College as a cadet Midshipman in 1964 aged 16. He graduated as a pilot from RAAF Pearce and in 1968 was posted to the RAN Helicopter Flight Vietnam (2nd Flight) which was integrated into the 135th Assault Helicopter Company.  It operated in the Delta area of South Vietnam in the thick of the fighting.

Sub Lieutenant Rex was awarded a Mention in Dispatches during this period.  His Citation mentions, inter alia, that he flew “…combat missions almost daily since his arrival in South Vietnam….has been quick to evacuate wounded from hostile Pick-Up Zones….under fire….even when a bullet narrowly missed his head after passing through the aircraft windshield….has remained calm..setting an admirable example for his men…”.

After returning from Vietnam, Charlie transferred to fixed wing aviation and completed No 4 Skyhawk OFS in December 1970. He completed a number of operational tours in HMAS Melbourne as a member of 805 Squadron, and was later appointed Senior Pilot of 724 Squadron.

After being granted a Permanent Commission in 1982 and a posting to HMAS Leeuwin as a Divisional Officer, Charlie served as the commissioning Commanding Officer of Freemantle Class Patrol Boat HMAS Launceston (II), and later as the Executive Officer of HMAS Success. 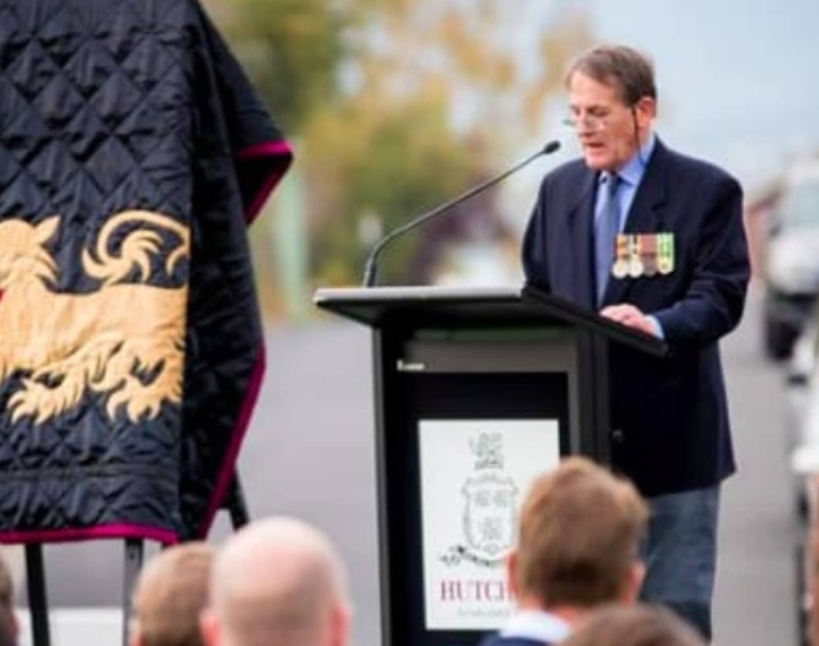 Charlie Rex in 2018 as guest speaker on Anzac Day at his old school, The Hutchins School, Hobart, unveiling an honor board for the school alumni who have died in war.

Commander Rex served as the Commanding Officer HMAS Penguin from 1992-94 before attending the Joint Services Staff College.  In his final period of service he oversaw the Navy’s transformation from mainframe computing to distributed computing, including the introduction of information networking in their ships and weapon systems. Charlie resigned from the Navy in 1995.

We have been advised that due to COVID-19 travel and quarantine restrictions and the fact that Charlie’s three sons are living/working overseas, a memorial is being planned, possibly in 2021, when domestic and international COVID-19 travel restrictions have been lifted. Condolence messages to the family may be sent to Ashley Rex here.

Charlie’s death represented a very sad and far too early demise of a popular and highly professional FAA Officer.  May he rest in peace.

Note: If you wish to add a few recollections of your time with Charlie, you can use the Comment box below if you are a member of the Association, or the ‘Contact Us’ form at the foot of this page to save logging in.