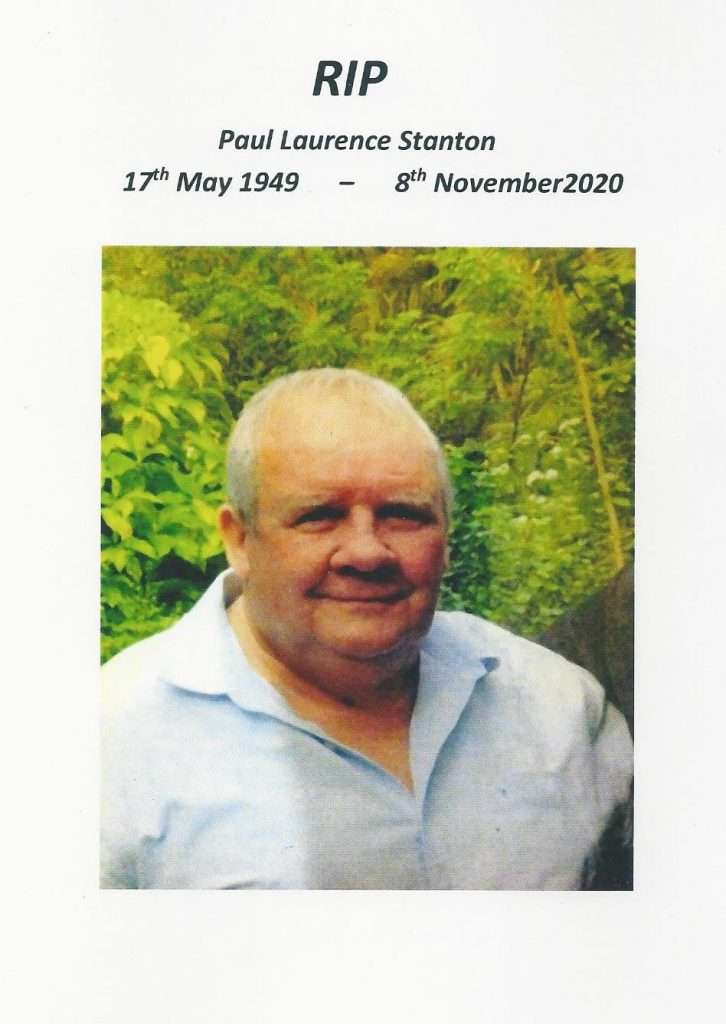 We have been given the sad news that Paul Stanton passed away at the Wesley Hospital in Brisbane in the early hours of Sunday 8 November 2020.

Paul had suffered from lung cancer some 18 months ago, which was in remission – but, in the way of that dreadful disease, it quietly reappeared and he was admitted to hospital a few days before his death.

A qualified Ships Diver, Paul was posted to Albatross in the late 60s to become a SAR Diver.  He paid off some ten years later and lived at Dayboro in Queensland for many years.  He leaves behind his devoted wife, Margaret.

Paul was cremated at the Pinaroo Crematorium 3 Bronson Street, Bridgeman Downs, Brisbane on Friday 13 November 2020.  His funeral was well attended including by many Navy people such as Mick Storrs, Barry Costa, Keith Powell, Phil Peck and Barry Musch, who served on 723 Squadron with him.

If you can help us by providing more information about Paul’s life, please use the ‘Contact Us’ box at the foot of the page.