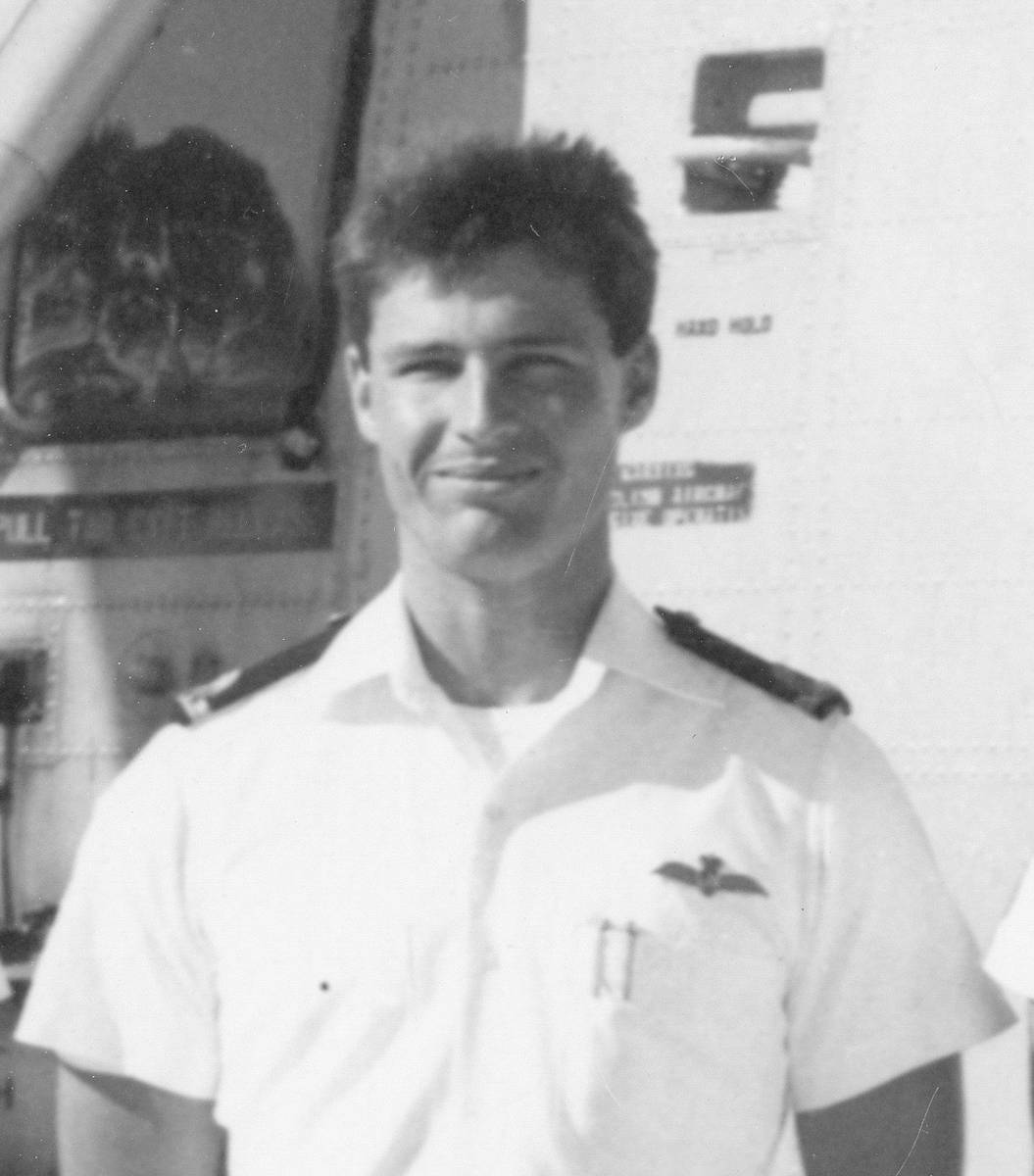 Geoffrey Michael Brooks was born on 6 October 1964 at Nyah West, a prosperous irrigation district in Victoria, 270 km NW of Melbourne.  He attended Ballarat and Clarendon (B&C) College where he excelled in sporting events such as rowing, hurdling, athletics and volleyball. He was the House Captain in years 10 and 12, and actively engaged in both the school’s social life and in the wider general community (in the Red Cross and Scouts).

His grades in school were always good solid B’s with the scattering of A’s and C’s; he was a good ‘all-rounder’. He did the Murray Marathons (Red Cross fundraising) and after finishing school continued for them on soup kitchens and flying Santa into children’s Christmas parties.

When he left school, Geoff was pulled in two different directions; to pursue forestry through a degree at University – or to take up a career in flying. The excitement of flying won and he worked to gain his commercial pilot’s licence. For a while he flew charters out of Ballarat and Essendon, before deciding to go to North West WA and take up a flying opportunity working there. After several months he ended up in Townsville where he walked into the Navy recruitment office one day and asked “Will you teach me to fly helicopters?” and they said “Yes – sign here”.

Having completed the necessary medical and aptitude tests, Geoff was enlisted into the Navy at the Brisbane naval base HMAS Moreton on 4 January 1985, as a Recruit Midshipman (Aircrew) on a 9-year Short Service Commission.

His first posting was to HMAS Creswell, the RAN College at Jervis Bay on the NSW South Coast, where he began his Basic Aviation Training Course (which included assessment for aircrew training). Having successfully completed the course, he joined RAAF students at Point Cook, near Melbourne, as a member of 135 Pilots Course at the No. 1 Flying Training School.

At RAAF Point Cook the course included ground training, airmanship and academic subjects. As the trainees were mostly ab initio they began flying with an instructor in a two-seater, piston engine, CT-4A Airtrainer. Next came solo flying to gain experience and build the necessary hours. Geoff successfully completed his No 1 FTS course on 26 July 1985 was confirmed in the rank of Midshipman (A).

On 5 August 1985 he was posted to No 2 Flying Training School at RAAF Pearce to begin jet conversion – in a dual controlled Macchi MB326H aircraft. The training was rigorous, initially with an instructor, then flying solo including at night and in instrument conditions. He successfully completed the course and was awarded his flying brevet (‘Wings’) on 11 April of the following year. 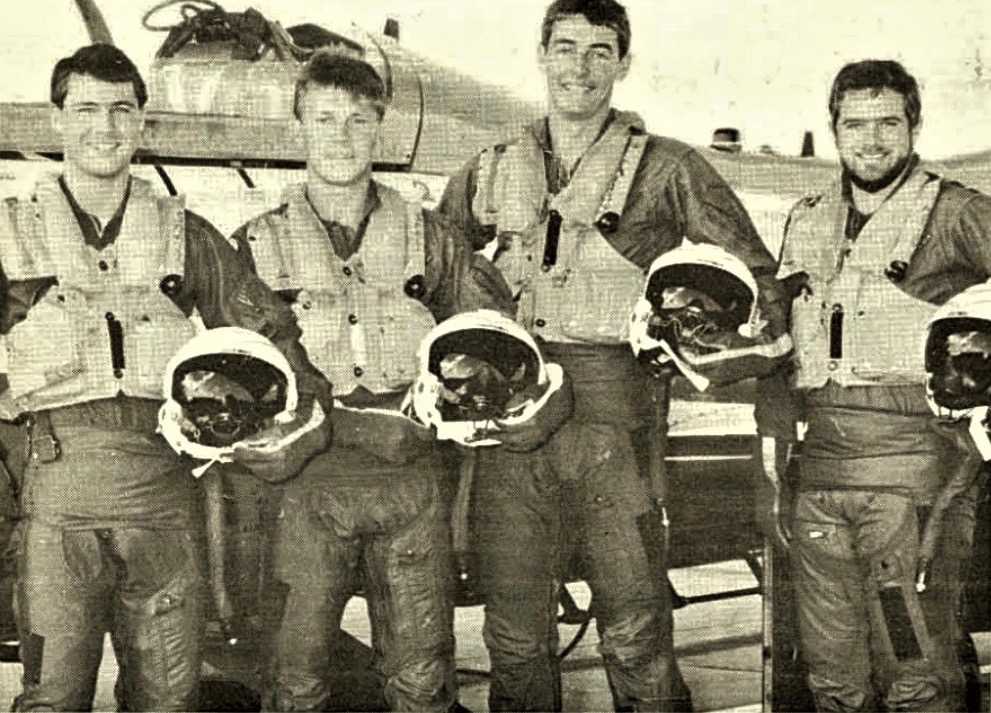 Navy mostly operated helicopters, and it was these that Geoff most wanted to fly. This ambition was realised when he began his helicopter conversion at RAAF Fairbairn (Canberra) in June of 1985 on the Aerospatiale AS350B.  Following graduation he was then sent to 817 Squadron at HMAS Albatross, which was equipped with the Westland Sea King.  This was an unusual sequence as pilots would normally progress through 723 Squadron (flying Iroquois or Wessex), but on this occasion he transitioned directly to the much larger and more complex Sea King: a challenge which he readily overcame. He completed Operational Flying Training in February 1987, and was promoted Acting Sub Lieutenant (P).

Through 1987 and 1988, Geoff remained with 817 where the Squadron was engaged in fleet exercises in the Jervis Bay area, providing valuable day and night-time flying experience.  817 was also involved in ‘Operation Bursa‘, which was the day and night protection of oil-rigs in the Bass Strait.  This involved deployments to RAAF East Sale and some very demanding flying with Special Operations personnel.

The opportunity for sea service emerged on 1 February 1989 when Geoff was posted to the destroyer tender HMAS Stalwart as a pilot for the embarked Sea King. During  February ‘89 Stalwart visited Melbourne with the Sea King achieving a high level of serviceability, including a flight over the ship as it entered Port Phillip Bay with the Mayor of Geelong onboard, followed by visits to schools along the Mornington Peninsula and overflying the city with media representatives onboard. Visits to Adelaide and Hobart followed, with the Stalwart’s captain reporting favourably about the PR value of the Sea King and its ready availability.

In March Stalwart visited New Zealand then sailed along the Queensland Coast with the ship’s Sea King kept busy at all points, including a series of PDL’s on HMAS Jervis Bay.

1990 was busy with more time aboard HMAS Tobruk in the South Pacific, together with a posting to HMAS Cerberus, the RAN’s major training establishment south of Melbourne, for an administrative course prior to being promoted Lieutenant (P) on 4 November.

In March 1991 Geoff was sent to the Central Flying School at RAF Shawbury (in the UK) to undertake a helicopter instructors’ course – an indication of the very high standards he had achieved thus far in his flying career. He graduated as a Qualified Helicopter Instructor on 1 July 1991 and was sent to teach ab initio pilots how to fly helicopters at the ADF Helicopter School at RAAF Fairbairn. During this time he was granted a permanent commission in the RAN – further proof of the regard in which he was held.

In early July 1994 Geoff joined 816 Squadron to fly the Sikorsky S-70B-2 Seahawk, followed in a posting to the guided missile frigate HMAS Canberra for duty as a Flight pilot. After a break at NAS Nowra in July he re-joined Canberra as the senior Flight pilot until November, when he returned to NAS Nowra.

It was there that Geoff lost his life on 20 December 1995. He had volunteered for a winching exercise during which the harness ring slipped from the winch hook, causing him to fall 15 metres to the ground. Critically injured, he was taken to Shoalhaven Hospital but did not survive.  He was just 31 years old. 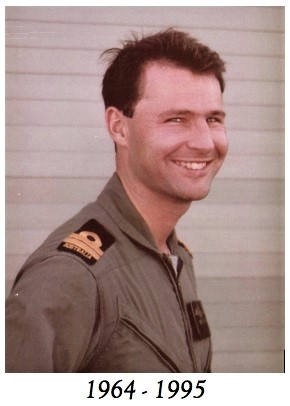 A Board of Inquiry and Coroner’s Inquest both found significant shortcomings in the management of Naval Aviation safety, as it was already known that the hook assembly could fail under certain circumstances.

The accident was a great shock to all who knew him and a devastating blow to his wife Kate, who later established a scholarship at B&C College in his name.

In a letter to recipients of the scholarship Kate includes the following words:

‘…reflecting about the things that made Geoff my best friend, I realised that there were certain essential qualities that made him so accepted, loved and respected, that I had just taken for granted while he was alive.   These were, the time he took to know people, to understand situations, to give of himself, to have fun, to care, to learn and above all, to seek to achieve balance – both for himself and others.’

Those who knew Geoff agree they capture his essence: of a young man who lived life to the full, who was respected and admired both professionally and socially, and who always believed that giving is more important than taking.

Compiled by Kim Dunstan and Marcus Peake with the kind assistance of Kate Brooks and Neil Gunn, and with reference to the following sources: 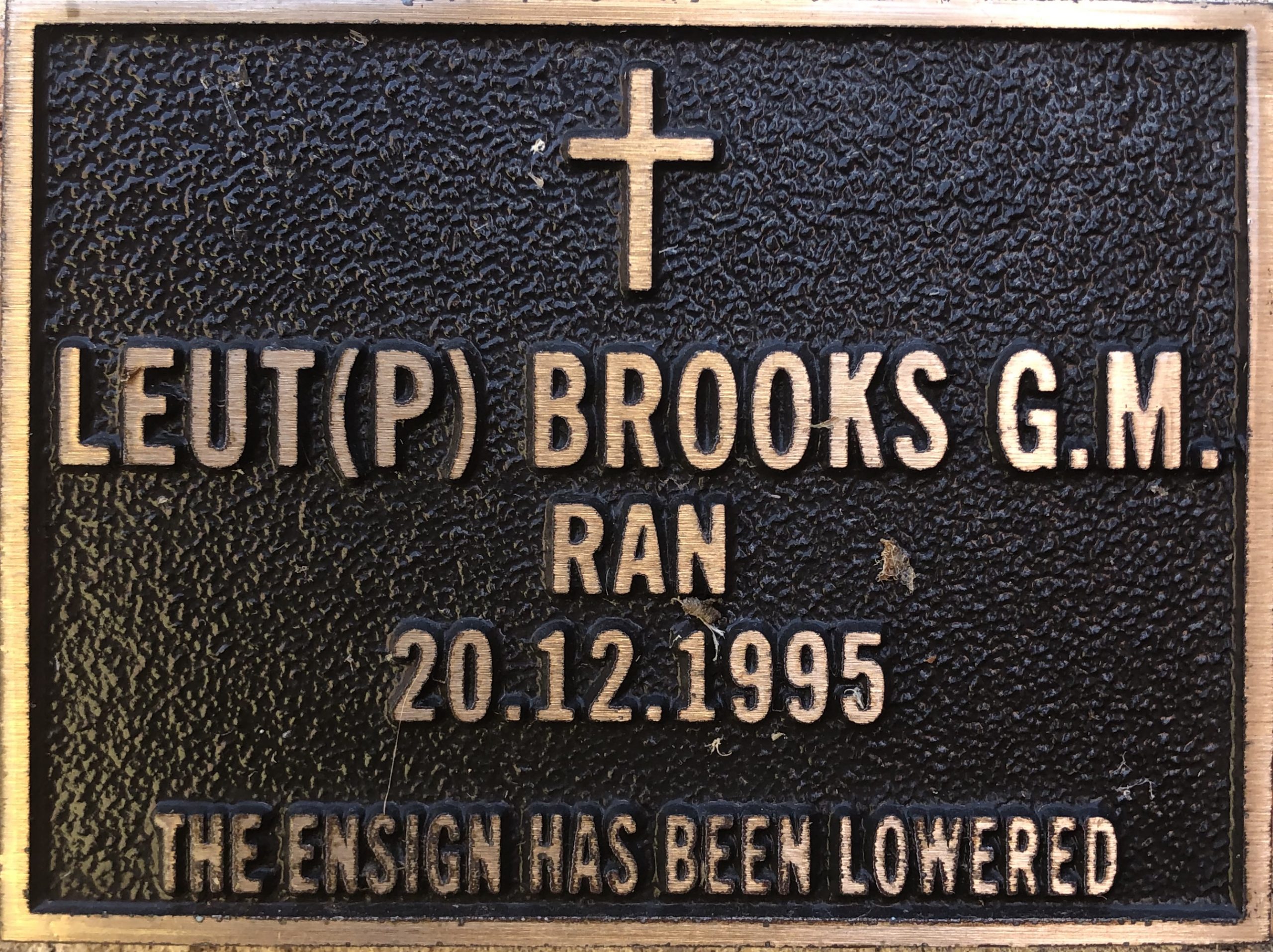