Daniel Buchanan was born at Glasgow, Scotland, on 20 August 1919. Buchanan’s Royal Navy (RN) records are not available, but it appears he joined the RNVR during WW2 and after aircrew training became a pilot in the RN Fleet Air Arm (FAA). A 1944 RNVR Navy List identifies him as a Temporary Sub-Lieutenant (P).

On 5 January 1948 Buchanan enlisted in the RAN in Sydney NSW. He was appointed Acting Lieutenant (P), with his seniority dated 30 April 1943.  In 1948 the RAN was calling for current and former Navy and Air Force pilots to join the newly formed RAN FAA. His details are not recorded, but it is assumed Buchanan transferred from the RNVR. At the end of WW2, pilots were being demobilised so a transfer to the RAN would have been easily arranged.

As a former RNVR FAA pilot on Grumman Avengers, Buchanan would be viewed as an idea recruit. After completing his transfer formalities at the Sydney Harbour depot HMAS Rushcutter, he was posted to HMAS Cerberus (FND) on 6 January 1948 for a Divisional Course and aircrew assessment. On 25June of that year Buchanan then embarked on SS Strathaird for passage to the UK, for pilot training and experience on loan to the RN.

Arriving in the UK in August, Buchanan was drafted to HMS Fulmar (RNAS Lossiemouth) in Scotland, where he began a Short Miscellaneous Air Course (SMAC Part 1) – basically, a refresher course and conversion to the Fairey Firefly and Supermarine Seafire aircraft. Good Course Reports show a steady and conscientious pilot – ‘with no bad trends in his flying whatsoever.’

His next (Part 2) course was Deck Landing Training (DLT) in a Firefly Mk 1, firstly doing Dummy Deck Landing ashore; then on the flight deck of an aircraft carrier at sea. His DLT Course report dated 3 November 1948 states ‘First on type (Av) 5 DLs (Good) Rather fast on his 1st landing, but subsequently very steady and accurate.’ (In March 1949, Buchanan was less fortunate when his Firefly bounced on landing, jumped the safely barrier into the forward parking area, wrecking five aircraft; luckily no one was seriously injured).

On 6 November 1948 he was drafted to HMS Gannet (RNAS Eglinton) in Northern Ireland, where he joined the RAN’s 816 Squadron (re-commissioned on 28 August 1948), equipped with Fairey Firefly AS-5 aircraft; forming part of the 20th Carrier Air Group (CAG). Work-up exercises and weapons training began in readiness to start exercising with HMAS Sydney which was commissioned on 16 December 1948.

On 16 February 1949, Buchanan’s loan period with the RN ended and he became part of 816 Squadron; on the same day 816 commenced work-up exercises with the RAN’s new carrier HMAS Sydney. The ship sailed for Australia with the 20th CAG embarked, arriving at Jervis Bay on 25 May – here the aircraft were disembarked for transport to HMAS Albatross (RANAS Nowra). On 5 November 1949 he was confirmed Lieutenant (P).

Buchanan continued flying with 816 Squadron, joining HMAS Sydney when the squadrons re-embarked on 12 January 1950. Intense day and night time work-up exercises began in local waters with flying operations in all weather and sea condition, preparing the squadron and air crew for future operations.

When the Squadrons returned to Nowra in early April, Buchanan was posted to RAAF Williamtown to attend a Land/Air Warfare School for several months, followed by temporary duty on the boom defence vessel, HMAS Kookaburra. He then joined the Battle Class destroyer HMAS Anzac the day she was Commissioned on 14 March 1951.

In April 1951, Buchanan was promoted Lieutenant Commander (P). On 30 July HMAS Anzac sailed from Sydney Harbour for war service in Korea, which lasted until 20 October 1951 when she returned to Sydney. On 14 November 1951 he returned to HMAS Albatross (RNAS Nowra) for flying duties with 816 Squadron; where was appointed Squadron CO, from December 1951 to October 1952. Service with 816 Squadron continued, interspersed with disembarkations to RANAS Nowra when Sydney was not at sea.

In March 1953, 816 Squadron embarked on the RAN’s second carrier HMAS Vengeance (1) to work-up in preparation for deployment to Korea, but that changed when HMAS Sydney was sent to Korea in lieu of Vengeance. Between February and April 1954 Vengeance escorted the Royal Tour; then on 6 May 1954 she disembarked the squadrons to RANAS Nowra.

On 11 May 1954 Buchanan was appointed CO of the corvette HMAS Junee, based at Fremantle, patrolling local waters, including the NW region. Junee also acted as a training ship for WA reserve personnel.

In February 1955, he was posted to HMAS Albatross (RANAS Nowra), where he was appointed Acting Commander (Air); a senior position reflecting his lengthy Fleet Air Arm service and operational experience.  On 31 December 1955 Buchanan was confirmed as Commander (Air) where he continued to prepare Nowra for the arrival of the new Fairey Gannet and DH Sea Venom aircraft due in May 1956.

In June 1956 Buchanan completed a Double Mamba Engine Handling Course (the turbo-prop engine for the Fairey Gannet). As a dedicated pilot he took a keen interest in the arrival of Fairey Gannets and the jet powered Sea Venom fighter aircraft. He had already gained jet experience, flying the de Havilland Vampire jet trainers based at RANAS Nowra.

The following entry appears in 724 Squadron’s Diary for 8th October 1956:

“In the evening, night flying commenced for the OFS and Jet course again.  After the Vampires returned from a Nav. exercise, Commander Air flew 959 [could be 909?].   At approximately 2220, during a speechless QGH exercise, radio contact was lost and almost immediately aircraft from this Squadron were searching. It has been found since that the aircraft crashed into the sea three miles east of Crookhaven light.” 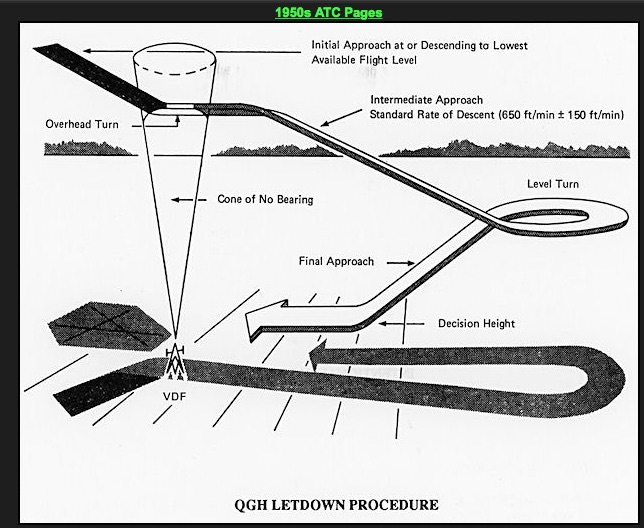 Despite extensive searches, no trace was found of the aircraft or its pilot, and he was declared missing presumed dead.

A QGH was a 1950’s era non-precision approach to an airfield where Air Traffic Control worked out the heights and heading vectors, rather than the pilot (as was the case for a “normal” NBD procedure). Such an approach to runway 26 at Nowra would place the aircraft over the sea in the locality of the accident, but the reason why it crashed short of the airfield is not known.

In 1974, a wing from the wreckage was recovered when it became entangled in a fisherman’s net. 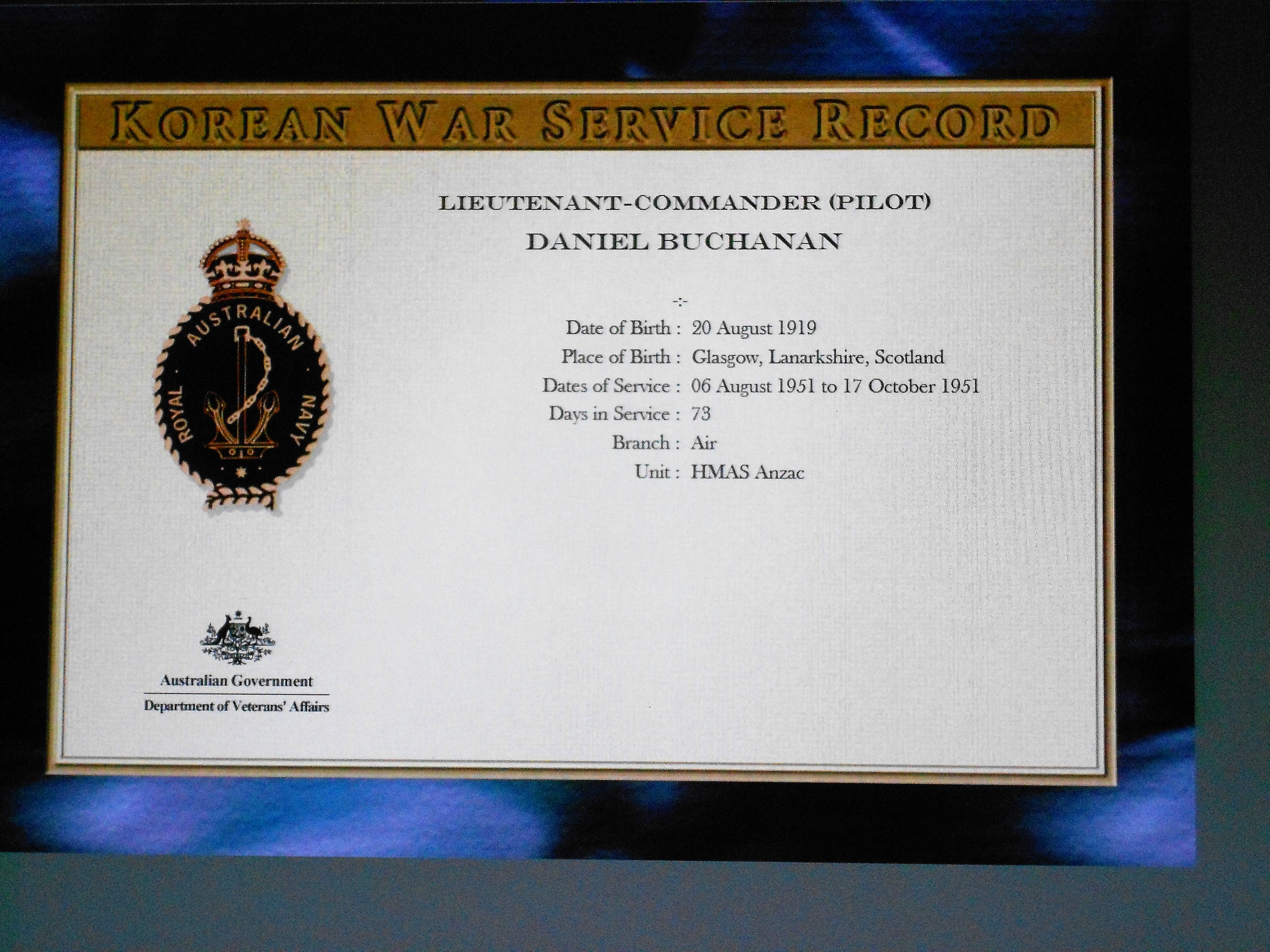