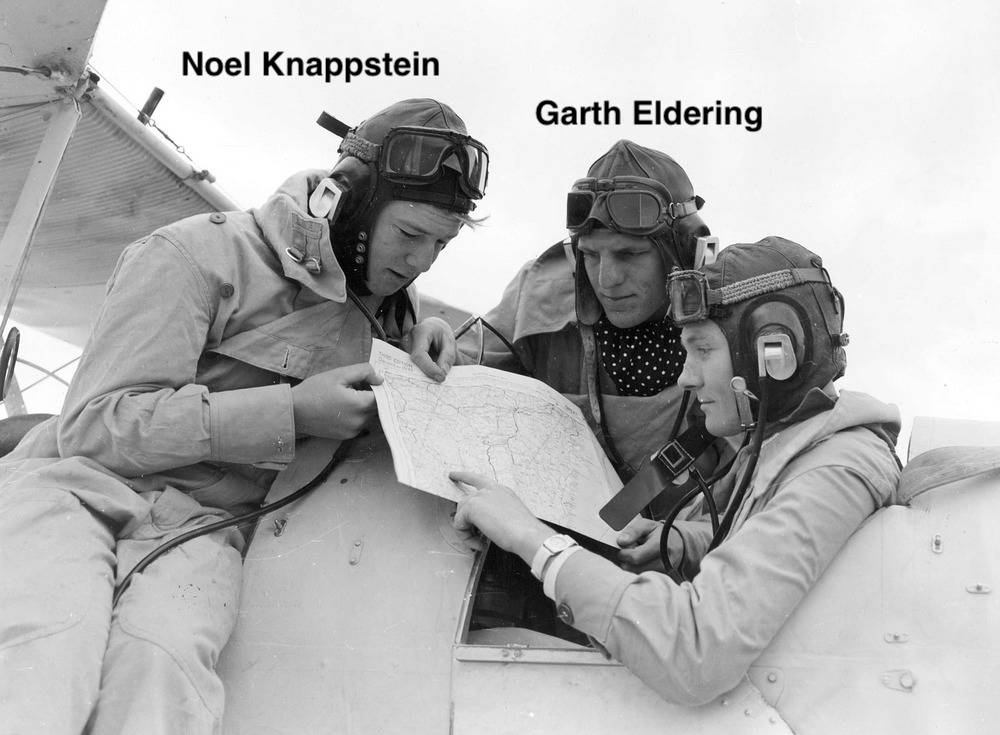 Garth Knight Eldering was born on 3 October 1928 at Walcha, an attractive country town at the South-East edge of the Northern Tablelands of NSW. Eldering enlisted in the RAN for a 12-year term, at Sydney, on 1 May 1946. His father Henry is listed as next-of-kin; living at Tamworth NSW.

Many of the detailed entries in Eldering’s service records are in faded pencil and are indecipherable. However, his next recorded posting was to HMAS Harman on 7 May 1947, the RAN’s main radio communications base at Canberra. On 4 July 1947 major newspaper across Australia announced that the Defence Advisory Council had agreed the RAN should form a Fleet Air Arm and that Navy was about to begin recruiting volunteers to train as pilots.

Eldering was accepted for a transfer to the FAA and on 9 December 1947 he joined the first group of recruits for the No 1 Naval Aviation Course at HMAS Cerberus (FND), on Melbourne’s Western Port Bay. Having passed the course on 23 February 1948, he transferred to RAAF Point Cook to commence a Pre-Flight Training Course and on 28 February was classified as a Probationary Pilot, joining the No 1 Flying Training School to start flying DH82 Tiger Moths, with tutorials on the Link Trainer. On 13 April 1948, Eldering was injured (he broke his leg when struck by a garbage truck), spending the next three months at Heidelberg Military Hospital. After taking leave, he joined the next Naval Aviation Course at Cerberus resuming his training at RAAF Point Cook, with Link Trainer exercises and further training in the Wirraway aircraft. On 7 January 1950 Eldering was Rated Pilot IV.

RAN Trainee Pilots, after graduating from the RAAF’s No 1 Flying Training School at Point Cook, would be sent to the UK for further instruction in the more powerful aircraft at one of the Royal Naval Air Stations. On 19 March 1950 Eldering embarked on RMS Strathmore which sailed for the UK. On arrival he was drafted to HMS Fulmar (RNAS Lossiemouth), situated in the southern shore of the Moray Firth, Scotland, where he began training with the Operational Flying School (OFS-1). This involved conversion to several RN FAA operational aircraft including the Supermarine Seafire.

The Supermarine Seafire was a navalised version of the famous Spitfire fighter of WW2, but modified for used from an aircraft carrier. The Seafire continued in service with the RN FAA up until the 1950s and saw combat service during the Korean War. They were powered by a Rolls Royce Merlin engine and armed with 20mm cannons, Browning 303 machine guns, and could carry 250lb or 500lb bombs.

On 23 June 1950, Eldering was on an ocean navigation exercise off the coast of Scotland when his aircraft is believed to have crashed into the sea.

It is dangerous to speculate on the cause of the accident. Perhaps he suffered a mechanical failure, or perhaps he became disoriented whilst flying in low visibility conditions. Whatever the cause no trace of his aircraft was ever found and Garth Eldering was declared missing, presumed dead.