Frank Graham Hodgson was born on 6 July 1935, at Pemberton, WA. On 14 June 1957, at Perth, he enlisted in the Royal Australian Navy (RAN) as a Recruit Naval Airman (Aircrew), Official Number R53148, and was drafted to HMAS Cerberus (FND), south of Melbourne, to begin his Initial Naval Training course and be assessed for air crew.

In September 1957, Hodgson was promoted to Probationary Naval Airman (PNA) and in December, after completing an Aircrew Course he was rated PNA (Aircrew). In January 1958, after a short period of waiting, he joined RAAF Uranquinty for instruction in the Winjeel trainer aircraft. After flying solo for the required hours, he was rated PNA (P). From all accounts he was an excellent student, being the first in his group to solo and subsequently coming first in his flying course.

On 25 September 1958, Hodgson was posted to RAAF Pearce joining the Advanced Flying Training School course. This involved conversion to the de Havilland Vampire jet trainers, including instrument training, night flying, formation flying and other exercises. Apart from successfully completing the course, Hodgson was awarded the Goble Trophy – as the most proficient pilot with the highest aggregate marks.

On 15 April 1959, Hodgson graduated with his ‘wings,’ and was promoted Acting Sub Lieutenant (P) on a seven-year Short Service Commission. He was then drafted to HMAS Cerberus (FND) for his (Officer) Induction Course. On 20 July 1959, Hodgson reported at HMAS Albatross (RANAS Nowra), the RAN Fleet Air Arm (FAA) base, for flying duties with 724 Squadron; joining an Operational Training Group to begin conversion to naval aircraft, with specialised navigation and night flying exercises, and dummy deck landings.

In early January 1960 Hodgson returned to HMAS Cerberus to attend the No 15 Divisional Course aimed at developing leadership and naval skills in FAA officers. Upon return to HMAS Albatross at the end of the month Hodgson resumed flying duties with 724 Squadron; a Sea Venom FAW 53 training squadron. The focus at 724 was preparing pilots for front-line service aboard the aircraft carrier HMAS Melbourne. 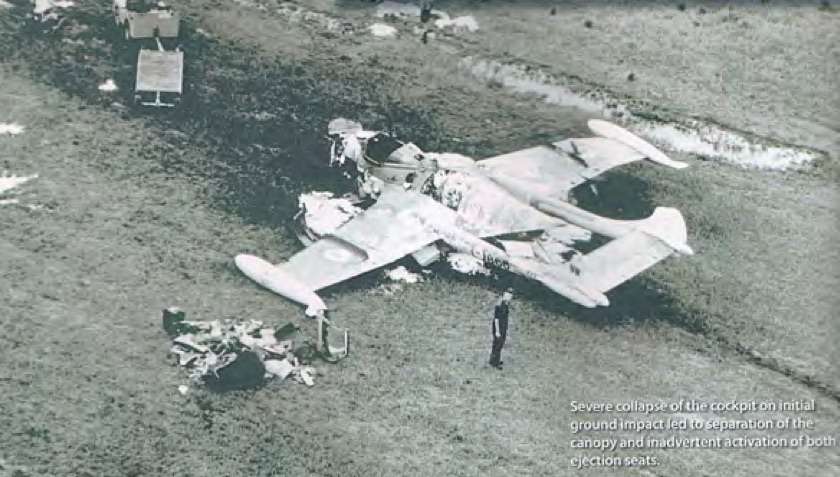 On 11 February 1960 Hodgson took off from Nowra with his passenger in Sea Venom WZ941 to carry out a PFL. At about  three miles from the airstrip and around 5,000 ft he throttled back to reduce power and proceeded with the evolution. 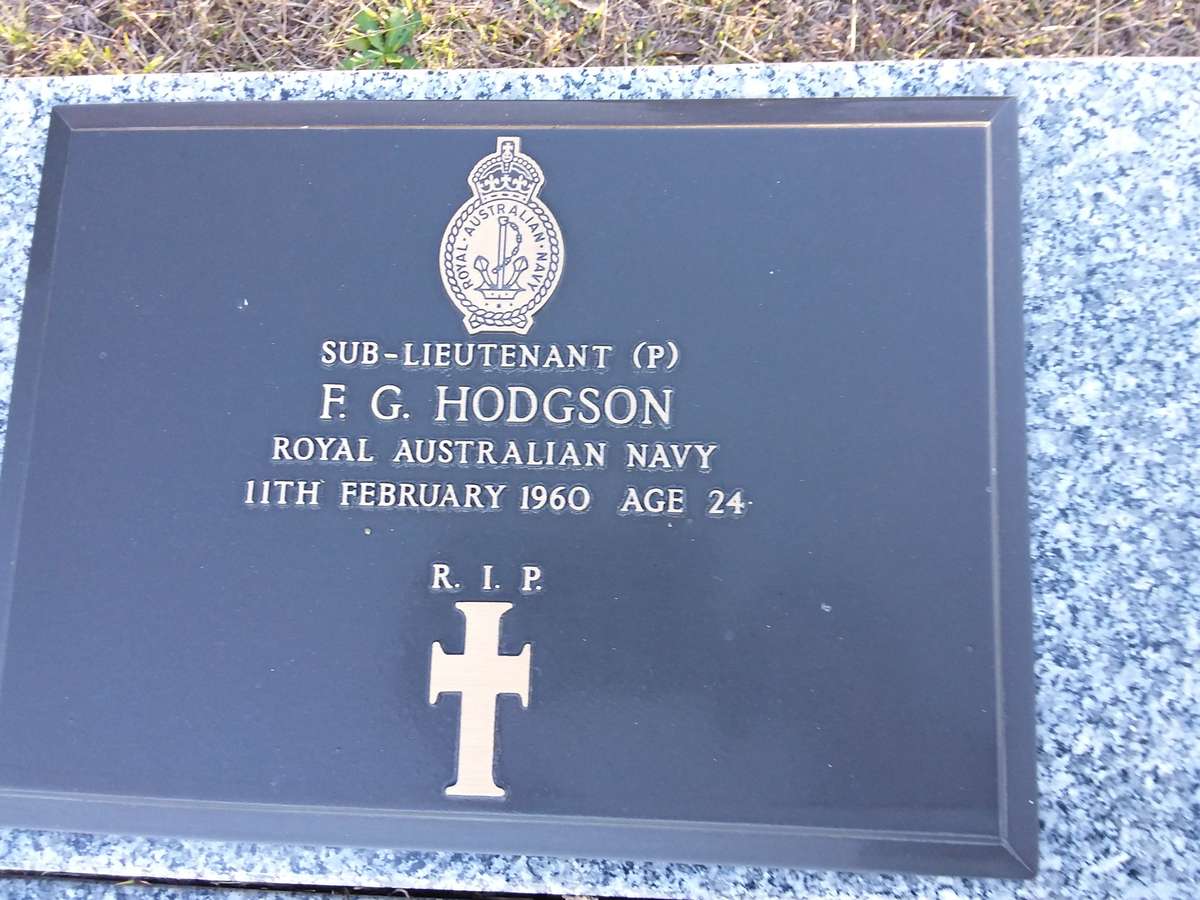