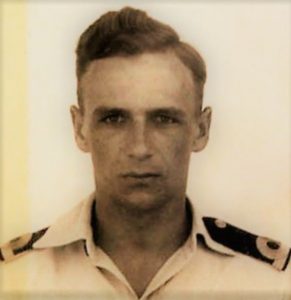 A West Australian, who was one of six chosen from 2000 applicants throughout Australia for the first Fleet Air Arm training course by the Royal Australian Navy in 1948, was killed in action over North Korea on Friday.
x
He was Sub Lieut. Richard Roslyn Sinclair (22) pictured, of the aircraft carrier H.M.A.S. Sydney whose parents, Mr & Mrs Alex W Sinclair of Reserve St, Claremont, received news of his death on Saturday.x
x
Educated at the Claremont State School & Hale School he was outstanding in athletics and was studying at the University of WA for an Arts degree when he joined the Navy. He topped his course at Point Cook before leaving for England for further training.

On his return to Australia in August 1950 he underwent an officers & seamanship course which he headed on completion in March, 1951 and was then commissioned. While in England, he married and brought his wife to Australia. Mrs. Sinclair and their 3 months old son are living at Nowra, NSW. Sub Lieutenant Sinclair had been stationed in H.M.A.S. Sydney since the beginning of the year.” – PILOTS DEATH IN ACTION – West Australian, Perth 10th Dec 1951

His aircraft was hit near Chinnampo, leading to a loss of oil pressure and a fire in his engine.  He managed to reach the coast and bailed out, but was struck by the tail fin on exiting the aircraft.  His body was recovered by HMAS Sydney’s helicopter.

The 805 Squadron Diary entry for that day reads as follows: 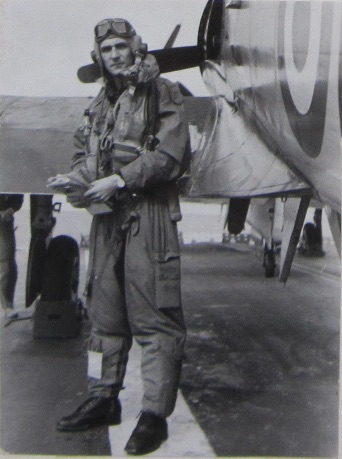 ‘Armed Recce No 2 for the day was 51 Flight and this turned out to be a milk run. After checking some junks at 951904 a strafing attack was made on some troops in trenches. The flight then headed for [untelligible] to check the rail yard [for] box cars. On leaving this area 51-4 (Sub/Lieut Sinclair) was hit by an explosive shell and called up to say there was a smell of burning in the cockpit. He then gained height and headed seaward. Directly over the coast flame appeared from forward and underneath the aircraft and very shortly afterwards the aircraft went into an apparently uncontrolled dive. Approx 300-400 feet from the deck the pilot was seen to bale out and the parachute open at 100 ft. On hitting the ground the pilot was not seen to move, and when the helicopter from Bromide-Baker picked the body off the mud bank there was no sign of life. Medical examination subsequently showed that he was hit by the tail surfaces and the parachute was broken open by the impact.

S/Lt Sinclair was one of the best shots in the Squadron and had the keenest eyesight of all, he will [be] missed by all – especially by those in the casbah.‘