Any stories, memories or accounts of working on or flying in Firefly aircraft of the RAN would be most welcome, and will be added to this page. Please use the ‘Contact Us’ form at the foot of this page to let us know.

The other Firefly VX381, with about seven feet of the starboard wing missing, ditched in Hare Bay about three miles from the collision point. The pilot Sub Lieutenant John David Eagles RN and trainee observer Midshipman Donald Debus RAN managed to escape from their Firefly, which sank in about 15 seconds. After climbing into their life rafts, they were winched to safety by a Sycamore helicopter from RANAS Nowra. The wreckage of their aircraft was discovered in 1983 by local diver Charlie Pickering in about 15 metres of water, and has become a popular dive site.

Arundel and Fogarty were not so fortunate and despite lengthy searches their bodies were never found. The location of Firefly WD887 also remained hidden for many years.

Determined to find the missing Firefly, and with some help from two English backpackers, Greg Stubbs made telephone contact with the surviving pilot David Eagles who, after his service with the RAN, had returned to the UK where he forged a distinguished career in aviation. When Eagles visited Australia in February 2016, he met Stubbs and narrowed down the crash site of WD887. After many years of searching, in March 2016, Greg found WD887 which had broken-up on impact, about 3.5 km from Moona-Moona Creek.  A story of the search (including audio and photographs) can be seen here.

On Sunday 27 November 2016, exactly sixty years after that fatal crash, a memorial service was held at Jervis Bay, where Commodore Chris Smallhorn, Commander Fleet Air Arm, honoured the young men who died that day. He said, ‘when we lost those two young men, we lost two aviators that represented an entire Fleet Air Arm, an entire country’. After a wreath was placed over the crash site, and with the help of Greg Stubbs and a navy dive team, a granite plaque was placed on the sea floor next to WD887. 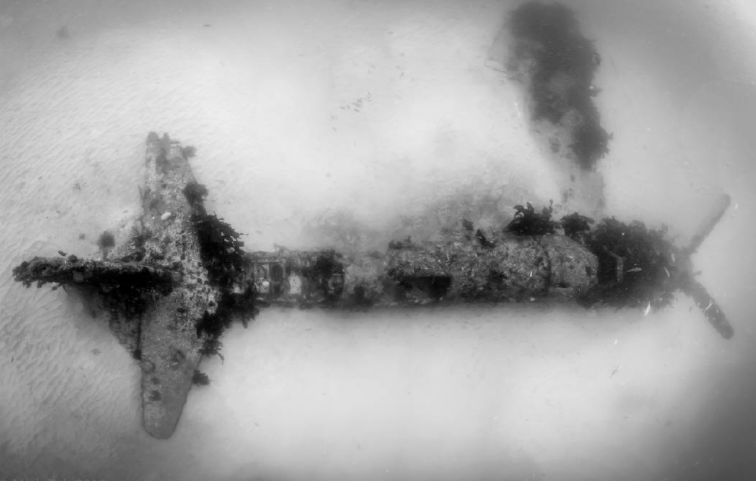