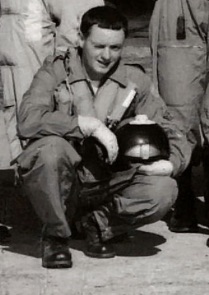 Graham died on 25 August 2020 and is survived by his wife Siriporn.

After joining the Navy as a Sick Berth Attendant in 1958 Graham applied for and was accepted for Aircrew (Pilot), for which he commenced training in ’64. On completion he was posted to 724 Squadron for a Gannet OFS, then to 816 Squadron in 1966.

In 1968 Graham completed a QFI course at Central Flying School, followed by a year of instructing on Macchi jets at RAAF Pearce. The following year he completed a DC-3 conversion and joined 851 Squadron where he later completed a Tracker OFS.  He then joined 816 Squadron in ’71 and did a couple of deployments aboard HMAS Melbourne before rejoining 851 Squadron prior to his discharge in September 1972.

After leaving the Navy Graham worked for ‘Bain and Brown’ flying DC-3 freighters between Melbourne and Tasmania.  Later, he joined TAA and subsequently Cathay as a simulator instructor before retiring and settling in Adelaide.  Up until his death he was an active member of the SA Division of the Fleet Air Arm Association of Australia.

Graham’s funeral was held on Friday 4th September at the Hawthorne Chapel Funeral Home in Adelaide, with a number of family and FAAAA members attending.