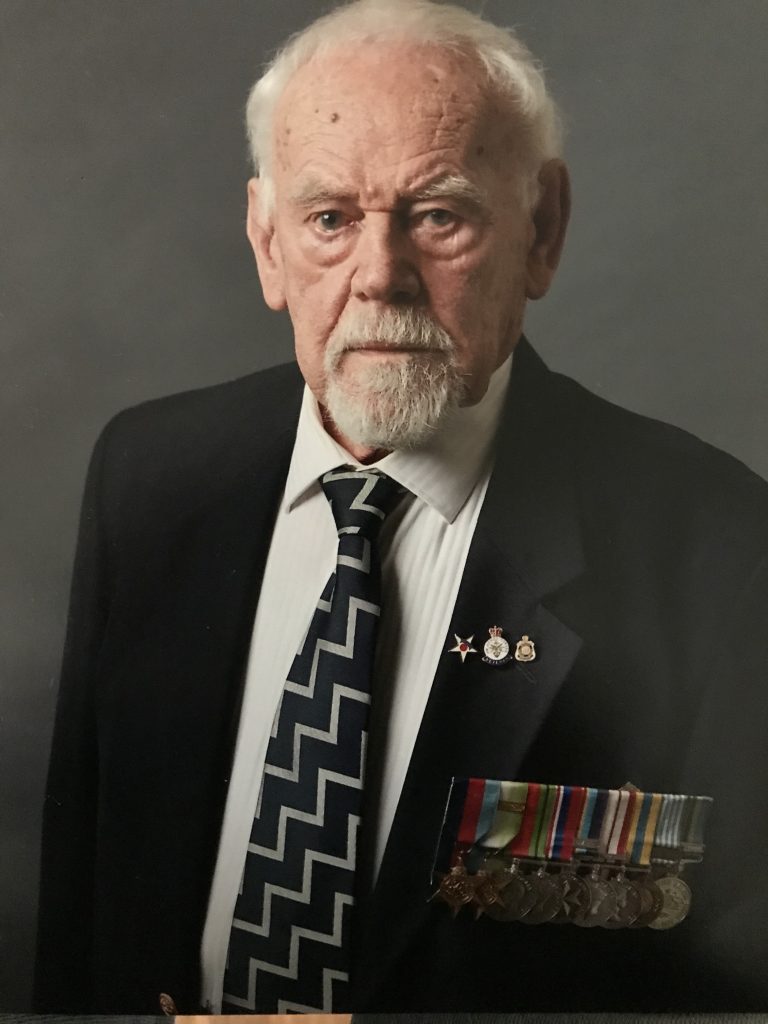 We were saddened to learn of the passing of Leonard Bateman, N2749, on 10 January 2020 at Northern Beaches Hospital, Manley.  He was 96 years old.

Leonard Michael Bateman was born in Liverpool, England on 6th August 1923. From his earliest years he would skip school to hang around the local airfield. He loved planes. “Mike” as he liked to be called  joined the Royal Navy when he was sixteen and trained to be a Telegraphist and Gunner. Twelve months later he got the opportunity to start pilot training in Canada. He returned to the Fleet Air Arm aboard HMS Albatross at Forth on Fourth in Scotland where he did his deck landing training.

As a new pilot, navigator and gunner they had a few close calls. They ran out of fuel once and were gliding into a sea ditch when the clouds opened to reveal the carrier, and somehow they were able to come around and land the plane. But there was a time when they weren’t so lucky. Mike was the navigator. The pilot went into a deck landing too fast, missed the arrestor wire and ran off the deck, the plane sank. They managed to get the cockpit canopy open at sixty feet down and swam to the surface. Unfortunately the gunner did not make it out.

From Scotland he did a lot of patrols in the North Sea, gathering intel on German activities in Norway and Russia. On a number of occasions they were fired at, and they fired and bombed back.

Mike then became a Lieutenant Commander and the deck landing controller until a deck arrestor wire snapped and hit his lower leg. He spent six months in hospital in Gibraltar before being sent back to the UK to recover. On his return he did a lot of training and helped Sir Ralph Richardson, Sir Laurence Olivier and Isle of Mann TT champion Geoff Duke with their deck landings. Geoff took off and landed first go and went on to be a Navy test pilot. He was also to go-to-guy for instruction when Prince Phillip was aboard.

Mike then transferred to the Royal Australian Navy as a Sea Survival Expert where aboard HMAS Sydney he did a tour of Korea, and was later stationed at Nowra. Despite his time in the Australian Navy and medals to prove it he was refused a DVA Gold card which upset him for many years.

During his 18 years of Navy life he sailed aboard 12 ships and logged 915 flying hours in 20 different aircraft. Before leaving the Navy he was asked by RADM Buchanan to set up Outward Bound in Australia  on behalf of Prince Phillip, and ran the first few camps at Dangar Island in the Hawkesbury. He married fashion designer Vera Hankovic, and retired from the Navy in 1957 to become the HR Manager at Farmers (Myers), where he later became the store manager at Gordon. He lived in Roseville and is survived by his daughter and two grandchildren.

With thanks to his daughter, Carola Tesoriero.