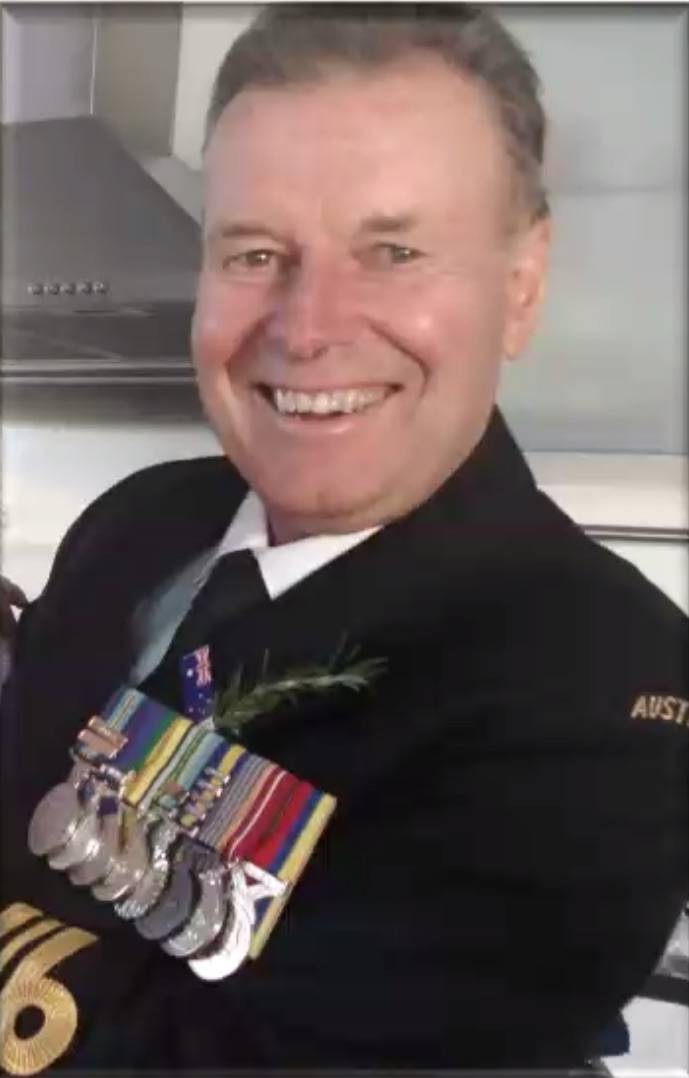 We have been advised of the passing of of Colin Cook, who died  peacefully in his sleep at home on Saturday 29 August 2020 after a long and courageous battle with cancer.

Colin joined the RAN as a Junior Recruit in 1962 and had a long and distinguished career in the Fleet Air Arm both in Australia and overseas. He gained an SD commission in 1980 and dedicated almost 50 years of his life to the RAN FAA.

Colin was highly respected at all levels throughout the service. A good all-round sportsman, he represented Navy in rugby and squash and was prominent in Dempster Cup rugby in the 60’s and 70’s.

In later years, he also made a significant contribution to Legacy and was an active member for more than 20 years in the Shoalhaven and South Coast areas.

Colin was the beloved  husband of Joan, loving father and father-in-law of Karen & Colum, Melinda & Mark, and Stephanie and Gareth, and cherished Pop of Eloise, Jack, Ella, Olive, Archer and Ethan.
x
The funeral was held in Berry on Thursday 3rd September 2020.  Regrettably, numbers were restricted but many of his friends and colleagues were able to follow the service on ‘Zoom’ to pay their last respects.
x
Obituaries