Len was born on 20/5/1924 at Manchester UK and joined the Royal Navy in August 1942 to train as a Telegraphist Air Gunner.  Initial training took place at Worthy Down and St Merryn before joining 766 Sqn with Swordfish at Innskip. In January 1944 Len joined 756 Sqn, equipped with Albacores, Swordfish and Barracudas at Katakurunda before joining 847 Sqn (Barracudas) on 10th May, flying from HMS Illustrious on operations in the Indian Ocean. The squadron absorbed into 810 Sqn in early July, flying 16 Barracudas.  A major operation occurred on 22nd July when the whole Eastern Fleet steamed out of Trincomalee Harbour to bombard Sabang at the northern tip of Sumatra.

By this time Illustrious needed a refit that took place at Durban, South Africa with the squadrons based at RNAS Wingfield near Cape Town. After the refit Len’s pilot took 13 attempts to land on the carrier before sailing back to China Bay (Trincomalee). However it had been decided that the Barracudas would be replaced by Avengers as the former suffered from a loss of power in the tropics and were forever losing hydraulic oil. The squadron transferred to HMS Activity for the voyage back to UK and then reformed at RNAS Burscough equipped with Barracuda Mk 3. From there the squadron moved to Thorney Island and then Beccles, carrying out AS patrols with Coastal Command and credited with the destruction of five 2-man submarines by VE Day.  In June 1945 the squadron moved to Macrihanish and worked up with new Barracudas before joining the escort carrier HMS Queen with the intention of providing convoy protection to Australia. However VJ Day arrived and the squadron disembarked to Ayr and disbanded on August 26.

Len was then posted to 770 Sqn at RNAS Drem before being demobbed in March 1946 as PO TAG.

He had completed 33 operational sorties and flown just under 400 hours in the following aircraft: Proctor, Shark, Lysander, Swordfish, Albacore, Barracuda Marks 1, 2 and 3, Avenger and Martinet.

After the war Len worked on the Manchester buses but then saw the advertisements placed by the RAN for ex-RN personnel to join their newly established FAA. Len was accepted and joined the RAN in September 1948, initially at HMS Glory (Plymouth) before moving to Seafield Park for aircrew training, flying in Ansons from Lee-on-Solent. On 20th May 1949 Len was posted to St Merryn for No. 8 Aircrewmans Course, learning navigation using Firefly Mk1s. Upon completion, Len joined 815 Sqn (Barracudas) at Eglinton, Northern Ireland; at that time 815 was the only AS squadron available for the Home Fleet so there was a lot of flying.

In April 1950 Len was back at St Merryn as a member of the aircrew to form 817 Sqn as part of the 21st CAG, flying Firefly 4’s. A further four months of training followed before joining HMAS Sydney for a workup in UK waters. However, before this occurred, Len was involved in a forced landing that resulted in the death of the pilot. Len had crewed up with Lt Wilson, ex-RAAF from WW2. On 10th July, they were carrying out 50° dives on Treligga Range when Len became aware of a burning smell.  Apparently the aircraft had a coolant problem and they headed for base. Unfortunately they had to make a wheels up landing ¾ mile short of the runway, the aircraft going through a fence and hedge before hitting an earth mound head-on. Len was knocked unconscious and awoke to find the aircraft on fire and his half of the Firefly almost upside down. He managed to crawl out and tried unsuccessfully to open the pilot’s cockpit, the flames being too fierce. It was in vain because LT Wilson had been killed on impact.

In November 1950 Sydney sailed for Australia and Len disembarked on 6th December at Jervis Bay.

Flying started in January 1951 with Firefly 6’s. At the end of April the squadron had been committed to Korea so there was an intensive workup at Nowra before joining Sydney on 25th July. Len completed 60 operational sorties during Sydney’s first Korean cruise.

On 15th April 1952 Len joined 723 Sqn on formation and spent most of his time in the Dakota taking the “brass” around the country.

He was posted back to 817 on 1st December 1952 and joined Sydney for the Coronation Cruise.

In September 1953 Len rejoined 723 Sqn for training on Sycamores at Nowra and on Vengeance. He was on the latter as escort for Gothic carrying the new Queen around Australia.

In September 1954 Len was part of the complement to form the first Observer Training School, using Fireflies and Dakotas to teach Morse, radio, Mk 19 radar and navigation analysis; he remained there until June 1956 when he was posted to 817 (Gannet) for two months.

In the meantime Len had taken part in the February 1955 flood rescues, flying with LCDR Farquarson in a Sycamore from Dubbo and they were credited with saving 36 people.

From August 1956 until August 1958 Len was Operations Assistant either at Nowra or on Melbourne.

He was then posted back to 723 Sqn for a year, followed by a year at the Observer Training School and eighteen months as Operations Assistant.

In January 1962 Len was posted to 816 Sqn (Gannet) for two years, operating from Nowra and Melbourne. He then served as Communications and Air Intelligence Instructor until December 1965 when he received his Commission and transferring to Air Traffic. After a short course Len served at Nowra for a year before undertaking the Ground Control Radar course at East Sale, obtaining top marks in the process.

Len remained as a Controller at Nowra except for a final trip on Melbourne in 1970. He resigned from the Navy in December 1977 and then purchased the Gerringong newsagency, running that for six years before retiring to Moss Vale in December 1984. In retirement Len’s time was taken up by the garden, walks in the country, the weekly golf game and his Church commitments.

Len died at home on 21 January 2006 in the presence of family members, after a short illness that he met with characteristic determination.  Once when asked what he did when faced with difficulties he replied that he thought of Fairey Barracudas! There is probably not much else you could think about after a dive-bombing sortie in a Barracuda!

Len is survived by Olwen, his wife of 51 years, and sons Graeme (Hobart) and Richard (Bowral). 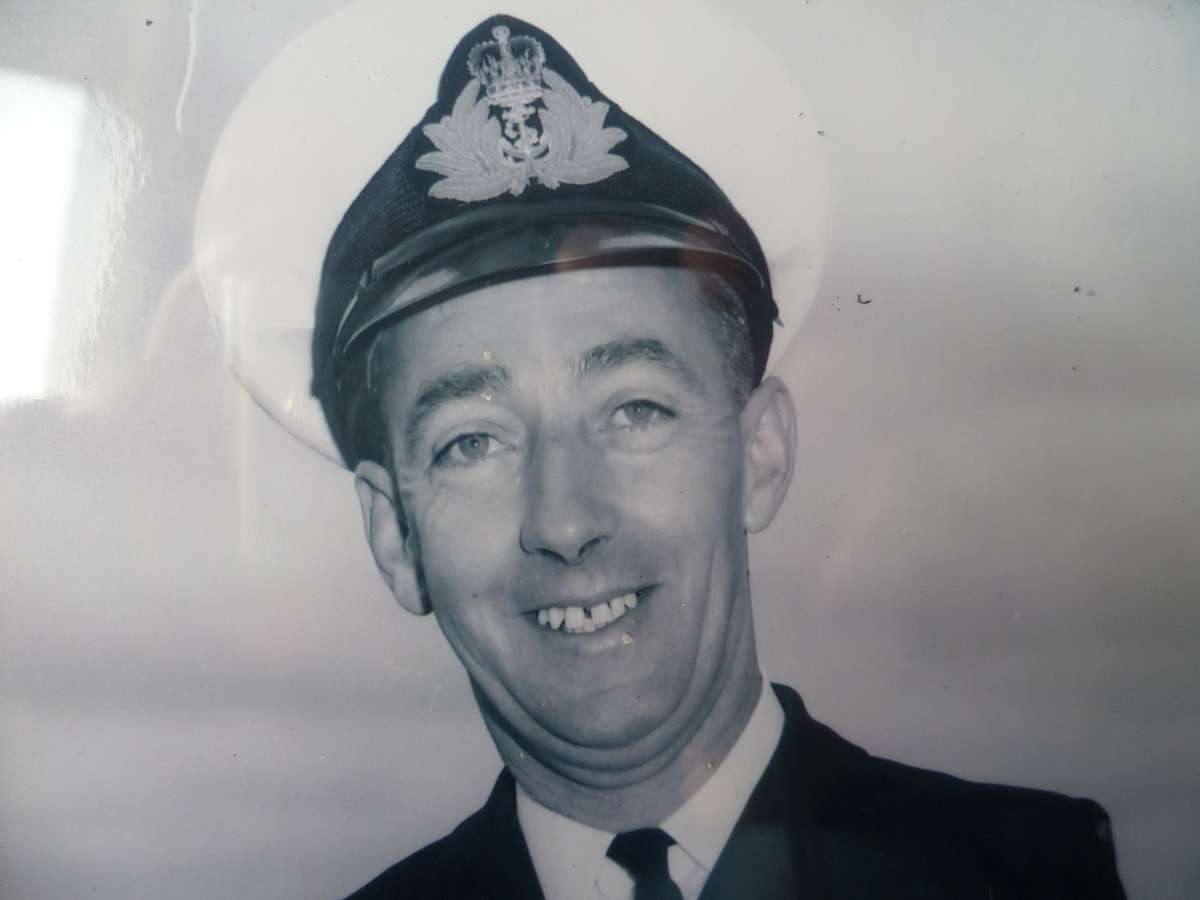