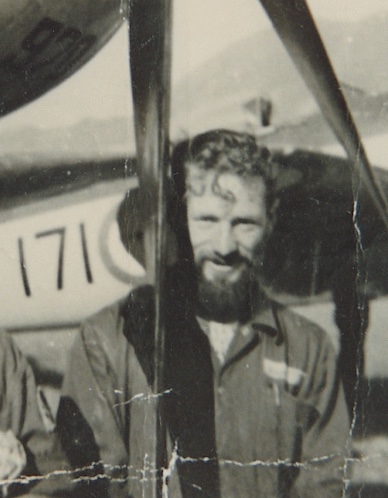 It is my melancholy duty to advise that Life Member Leslie Matterson (NSW Division) passed away on Thursday 28th April 2017 after a short illness.  He was 87.

Leslie David Matterson known generally as “ JUKIE”  entered the RAN on the 8th  January 1948 at the age of 18. He was rated Recruit Naval Airman and given the official number of R35669.

Les was amongst the very first to be recruited for the Australian Fleet Air Arm and following basic training at Flinders Naval Depot he and 59 other sailors were posted to HMAS Kanimbla for passage to the UK. Arriving on the 31s July 1948 and was posted to the RNAS Bramcote where he commenced training on Aircraft engines and was rated Naval Airman 11. He remained at “ Bramcote”  until May 1949 from there he went to RANAS Yeovilton for training on Aircraft Airframes and was subsequently rate Naval Airman 1. From there further training occurred at RANS Lee- On- Solent, and RANS St Merryn.

On the 29th  August 1950 Les joined the carrier HMAS Sydney with the 21st  CAG at Plymouth for passage to Jervis Bay arriving there on 8t December being away from home for 2.5yrs. He remained with the 21st  CAG until July alternating between the carrier and HMAS Albatross. Postings to 805and 850 squadrons followed and in August 1954 he joined 808 squadron and soon found himself on board HMAS Vengeance arriving back in England for a second time in August 1955. He then joined the carrier Melbourne and returned to Australia in June 1956.

For the next 9 years his drafts alternated between Albatross and Melbourne finally coming ashore in October 1965 to Albatross remaining there until his discharge from the RAN on 7th  August 1969 after serving 21.5 years in uniform.

After his discharge he went on to serve another 22 years at the Jervis Bay Range Facility controlling the Air Stores department for the Jindivik Target Aircraft. As well Les spent a great deal of his time assisting at the Fleet Air Museum cataloguing all their spare parts and assisting in many other projects.

In addition to the above Les was Granted Life Membership of the NSW Division of the Fleet Air Arm Association of Australia in 1999 for his exceptional service to the Association.

Les passed away quietly at home on the 28th April 2017 and our condolences go out to his son Chris and daughters Sandra and Veronica.